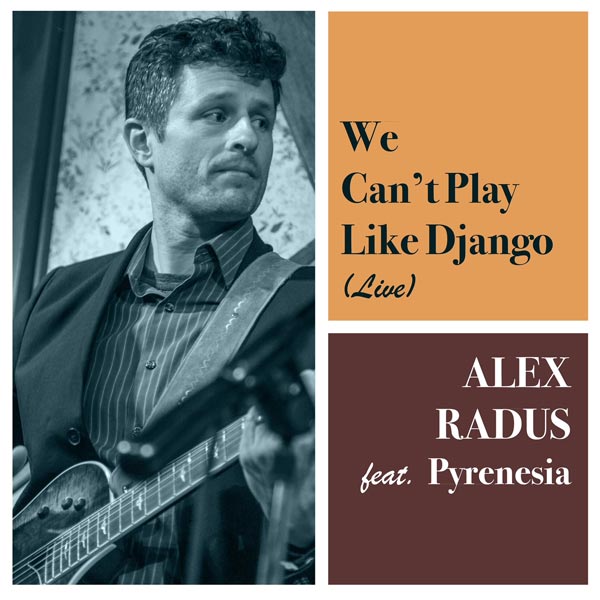 With and without the excellent gypsy jazz unit Pyrenesia, guitarist-singer-songwriter Alex Radus has been makin waves for a while now. His latest single, “We Can’t Play Like Django,” brings him together with Pyrenesia once again.

Their salute to one of their greatest influences, gypsy jazz pioneer Django Reinhardt, is Makin Waves Song of the Week.

As the Makin Waves Song of the Week, "We Can’t Play Like Django" also can be heard between 6 and 8 p.m. on March 4 on “Radio Jersey” at ThePenguinRocks.com.

“Django” is the lead single for Alex’s forthcoming LP, “Tributaries–Recorded Live at Godfrey Daniels,” out April 7.  The live fan favorite that often closes shows is a lighthearted celebration of Reinhardt that invokes the spirit of his “Minor Swing” and features infectious hot club rhythms and improvisations by Pyrenesia. A la pompe rhythm drives a compelling fan account of Reinhardt’s life and influence.

“And, of course, the song celebrates the lament of Django-inspired guitarists everywhere — we can’t play like him!” Alex said.

Alex Radus Trio will mark the release of “Tributaries” with an April 7 debut performance at Zoellner Arts Center at Lehigh University with Pyrenesia as special guest. The $20 tickets are available here.