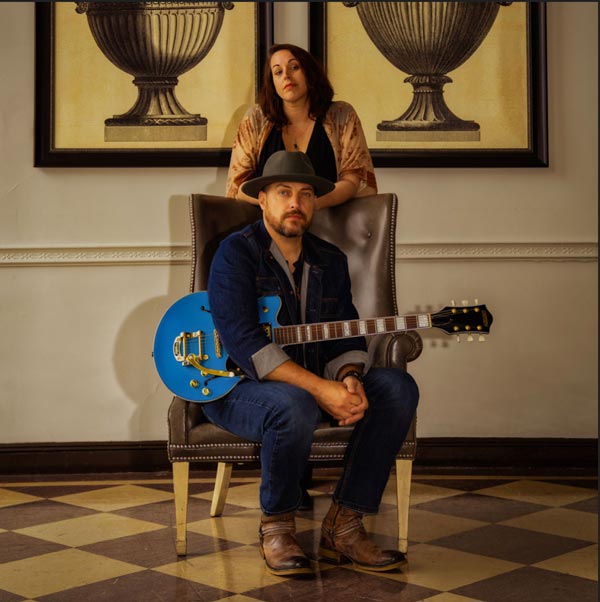 “I Can’t Wait Any Longer,” the first of three singles from Mike Montrey Band’s forthcoming album, “Searching For My Soul,” is the Makin Waves Song of the Week. PHOTO COURTESY OF MIKE MONTREY

The great Americana stylings of Mike Montrey Band can be heard with the first single and video from the forthcoming album, “Searching For My Soul.”

The chunky country-soul nugget “I Can’t Wait Any Longer,” the first of three singles leading to the seven-song LP on Sept. 22, is the Makin Waves Song of the Week.

As the Makin Waves Song of the Week, “I Can’t Wait Any Longer” also can be heard between 6 and 8 p.m. on July 29 on “Radio Jersey” at ThePenguinRocks.com. If you miss it, you also can tune in any time at The Penguin or MixCloud.

The latest album’s high octane six-piece band also includes longtime bassist Anthony Duca, keyboardist John Ginty, pedal steel guitarist Jack Stanton, and drummer Brian Prokop. Since 2011, MMB has released “Weaving the Basket” (2011)”; Song by Song By Song,” which reached the Top Ten on the Relix Radio charts in 2014; “John Street,” released in 2018 and produced by Grammy winner Hod David; the 2020 EP “In the Middle of Hope, and the live album “Live Cal Series, Vol. 1,” recorded in 2019 at the Highland Brewing Co. in Asheville, NC. Mike also has released several solo albums and LPs with his early band, water. He also toured extensively with the Colorado jam band The Samples.

The LP’s soul-searching theme also references several other locales Mike has traveled to and/or performed in but in fictional or impressionistic ways, he said. Geography also plays a prominent role in the fiery, anthem “Listen to Me Roar,” spanning from Colorado to San Francisco to Tuscaloosa, and the acoustic “Searching for the Sun,” featuring travels to Mexico, Louisiana and Syracuse.

“The title of the album really says a lot about the songs we recorded,” Mike said. “It’s what they and my journey, be it through the lens of past, present or potential future, are about. Never settled in my mind and for a while in my body. It’s a beautiful thing, but it can sometimes be difficult to navigate daily. These tunes are about those physical and emotional journeys, whether it’s my narrative or a narrative told from another’s perspective.”