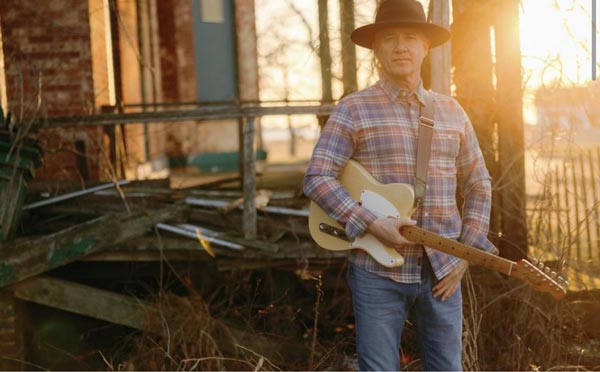 Having charted at No. 87 on the UK iTune Rock Charts, Dave Vargo’s “Empty Space” is the Makin Waves Song of the Week. PHOTO COURTESY OF DAVE VARGO

While not quite as great an honor as charting across the pond, “Empty Space” also is the Makin Waves Song of the Week.

As the Makin Waves Song of the Week, “Empty Space” also can be heard between 6 and 8 p.m. on July 8 on “Radio Jersey” at ThePenguinRocks.com. If you miss it, you also can tune in any time at The Penguin or Mixcloud.

“‘Empty Space’ made it to No. 87 on the UK iTunes Rock chart!” Dave posted on Facebook. “I’m humbled,  mystified, honored.”

“Empty Space” is not the first song by Dave to hit that chart.

In his most recent newsletter, he explained, “‘Crooked Miles’ has had three songs break 100 on the UK iTunes Rock Chart … ‘Half Bad’ No. 69 and ‘Nobody's Fault’ No. 41. Very unexpected but extremely appreciated! Radio play has been picking up across the country too.”

The first single from “Crooked Miles” released last summer, “Half Bad,” also was a Makin Waves Song of the Week, as was the second single, “Fault Lines,” in October and the impressive track “Heads and Hearts” upon the release of the album in May.

Dave will make his debut at White Chapel Projects in Long Branch on July 8. In addition to his tasty tunes, the evening will include yummy craft beers and the delicious talent of co-owner Marilyn Schlossbach, the culinary queen of Asbury’s Langosta Lounge.

Always a mover and shaker on his own and as a board member of the invaluable charitable efforts of Musicians on a Mission and Asbury Park Porchfest, Dave has been producing a second Facebook Live stream in the wake of the success of his free weekly “2forTuesday” jam featuring a special guest. However, the monthly “Not Quite Nashville” is a paid event both on FB and live in person at the beautiful Calgo Gardens in Freehold. Next up on Aug. 6, the mic will be shared with Brooklyn songstress Carolann Solebello.

“It’s sort of like the Tuesday shows except both songwriters are performing from the same place and trading songs,” Dave said. “Performers are typically local unless I can grab someone who is passing through on tour. I typically do them while the weather permits so probably until October. I haven't found an inside venue to use yet.”

Other shows coming up for Dave include July 29, Tulip Tree Cafe, Freehold, and Aug. 5, The Soundbooth at The Asbury with The Cucumbers and Framing Dakota.