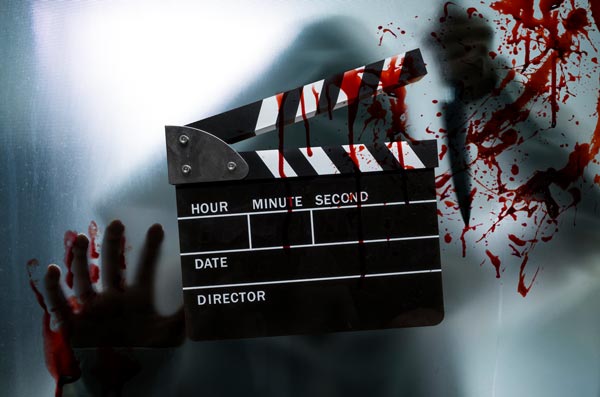 A Pure Place (US premiere); Director: Nikias Chryssos 2021 (91 minutes). German with Subtitles. An offbeat coming-of-age tale about two young siblings engulfed in a secret community obsessed with soap, located on a remote Greek island. Funny, bizarre, poetic and tender tale about love, rebellion and what it means to be actually clean. LBI Museum, Friday, June 3 at 10:00pm.

For Roger; Director: Aaron Bartuska. USA, 88 minutes. After receiving word of his partner Clara’s passing, Roger travels to the desolate family cabin where they would often vacation together. As he pours over the home videos recorded during their trips, Roger begins to realize that someone has been watching them from the woods for years. *Attending Director Aaron Bartuska & actor Michael Andrusiewicz. LBI Museum, Saturday, June 4 at 5:15pm.

The Retaliators; Director: Bridget Smith. USA, 97 minutes.The official synopsis of the film reads, “In 'The Retaliators,' an upstanding pastor uncovers a dark and twisted underworld as he searches for answers surrounding his daughter's brutal murder... There is a high-octane original soundtrack and cameos from some of the biggest names in heavy metal music including Five Finger Death Punch, Tommy Lee, Papa Roach, The Hu, Ice Nine Kills,  Motley Crue, and Escape The Fate." This movie will make a metalhead, blood and guts movie lover's night. LBI Museum June 4 at 10:00pm.

The festival's unique approaches to dealing with the pandemic drew the attention of the press and film buffs from around the world, with LIFF 2020 and 2021 being featured by numerous national and regional media outlets, including CNN, NBC-TV (Rolling Stone magazine, and Variety magazine.  The 2020 Lighthouse International Film Festival was the first drive-in film festival to screen new films under the stars. LIFF screened two features for 5 nights, at 3 locations on LBI.   Other film festivals faced the challenges of 2020 and 2021 by either cancelling their event or going virtual. Only LIFF went big and bold!