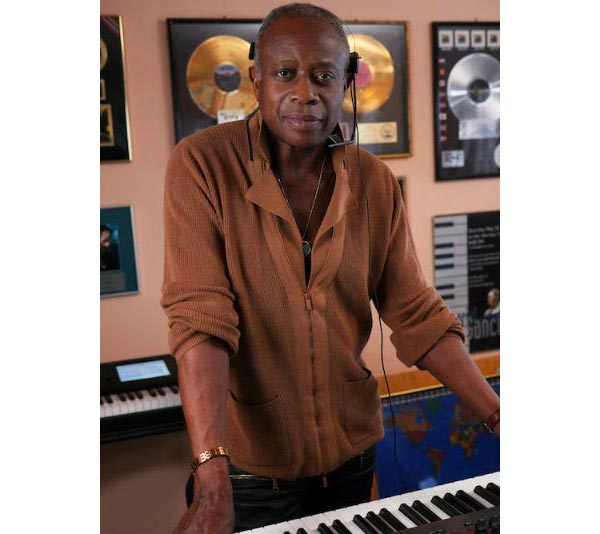 (BELMAR, NJ) -- Belmar Arts Center was founded in 2004. The town of Belmar has given them total support from the beginning. Belmar is about to celebrate its 150th Anniversary and Belmar Arts has come up with an idea that will live beyond the sesquicentennial birthday celebration and contribute to life, music, and art in Belmar for years to come.  They want to honor the musician David Sancious, who grew up in the town and helped inspire the name E Street Band, as a way of reflecting their appreciation for their 18 years of generosity, support, and partnership.

One of Belmar’s most acclaimed but least acknowledged former citizens, David Sancious, grew up on “E” Street near 10th Avenue. He graduated from Belmar Elementary School where, with his mother’s additional tutoring, he learned to play piano. As a teenager, David met another teen at a coffee house in Asbury Park called “Upstage” and formed a band that practiced in David’s mother Stelma’s basement. That Freehold teen was, of course, Bruce Springsteen. The band that formed in Stelma Sancious’s basement needed a name, so they called themselves “The E Street Band” and the rest, as they say, is history.

The Belmar Arts Center would like to honor David and his mother by purchasing and installing a weatherproof piano in their honor in Pyanoe Plaza, the de facto town center of Belmar. Long after the dedication and anniversary celebrations are over, having this public piano will open the door to innumerable opportunities to bring live music to the center of town year-round.

A committee is being set up to achieve this goal. They are looking for a few creative, talented, dedicated folks to join them. If interested, please email info@belmararts.org. Their first meeting will be June 2 at 6:30pm at the Belmar Arts Center (608 River Road) in Belmar, New Jersey.