(BASKING RIDGE, NJ) -- The Sieminski Theater welcomes Soultown to Motown in September, Yellow Brick Road: A Tribute to Elton John and The Cast of Beatlemania in October to the stage for their upcoming fall lineup.

“Soultown to Motown” kicks off the lineup on September 11 at 2:30pm. It is the new show for 2022 from The Sensational Soul Cruisers. This 11-piece, choreographed band delivers a show that has audiences on their feet, singing and dancing to the greatest hits of the Temptations, the Jackson Five, The Spinners, Isaac Hayes, Marvin Gaye, The Four Tops and so many others. It is a full multi-media show with an incredible live band that many described as a cross between Kool and the Gang, Chicago and the Temptations, delivering a “WOW” show, time after time. “Soultown to Motown” will take you on a musical journey from Memphis to Philly to Detroit. The music that reflected a generation that wanted to be heard…and they were!

“Yellow Brick Road: A Tribute to Elton John” follows on October 8 at 7:30pm. There is no other performer who looks and sounds so much like Elton John, nor any tribute act that provides the experience of being at an Elton John concert the way Gerald Brann and Yellow Brick Road do.  Brann not only bears an uncanny resemblance to the international superstar — complete with gap-toothed smile and many of his mannerisms — but recreates Elton John's vocals and playing to a tee.  To capture the essence of the piano man, Brann dresses in replica costumes and wears Elton's trademark outrageous glasses. A trained jazz pianist, Brann has been a lifelong Elton John fan, and his admiration for and love of his music comes shining through as he plays one hit after another with remarkable likeness to the pop music icon. Brann and his talented five-piece band evoke audience participation throughout the entire show — whether singing along to "Rocket Man" and "Your Song," swaying to "Candle in the Wind," or hopping and bopping to "Crocodile Rock." With an unprecedented nod from the man himself, Gerald Brann was granted permission to use Elton John's own orchestral scores to perform with the Augusta Symphony Orchestra. In addition, Brann and Yellow Brick Road have been officially endorsed by Hercules, the International Elton John Fan Club, and have played extensively throughout the world to rave reviews.

“The Cast” of Beatlemania concludes the fall performances on October 22 at 7:30pm. The "Cast" recreates the sights and sounds of The BEATLES so faithfully that you will recall when the world was engulfed in the most pleasant fever of all: BEATLEMANIA! The "Cast" continue in their show as The BEATLES changed in their careers. Three different costumes coincide with the changing music and times. Theirs is the first, original and only complete representation of the musical force called The BEATLES.The "Cast" features former members who starred in the Broadway production and have performed in all fifty states and over twenty foreign countries, including Canada, England, Mexico, Brazil and Japan. The "Cast" was individually selected from thousands of musicians who auditioned from all over the U.S. for the Broadway show, BEATLEMANIA. 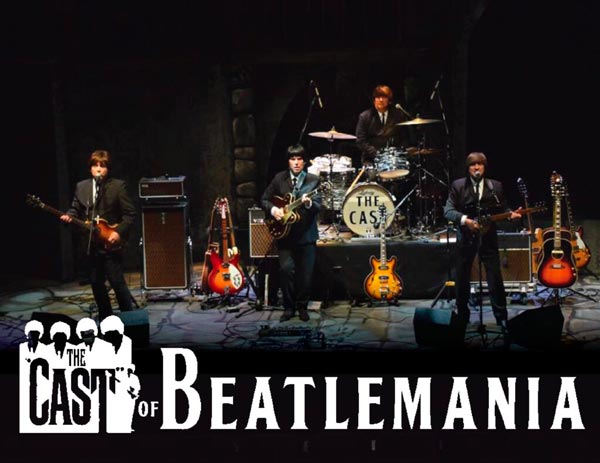 Tickets for all shows are available online at www.sieminskitheater.org or by phone at 908-580-3892.

Enjoy an exceptional preshow dining experience in their Wilson’s Tapas Bar Lounge restaurant before evening performances. Culinary dishes prepared by Fellowship Village’s award-winning executive chef feature only the freshest ingredients and highest quality. Dinner and two drinks are $59.99 per person plus tax and 20% service charge. Make a reservation by calling 908-580-3818 for 5:30pm seating on the day of the performance.

Note: Masks must be worn in the theater and the common areas.