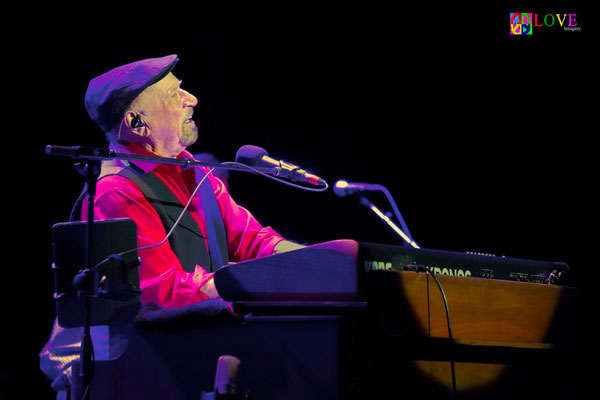 Inside Morristown, NJ’s MPAC auditorium this Wednesday, November 16, 2022 evening, the crowd is just moments away from “Groovin’” to a Time Peace Tour concert performance by The Rascals featuring Felix Cavaliere and Gene Cornish.

Under a large screen proclaiming “Time Peace Tour,” keyboardist Benny Harrison, bassist Jimmy Keneally, drummer Vinny Santora, guitarist Mike Severs, and a three-piece horn section take the stage along with original Rascals’ guitarist Gene Cornish. Founding member Felix Cavaliere enters clapping his hands as he struts back and forth on the stage greeting concertgoers before taking his place center stage at the organ. 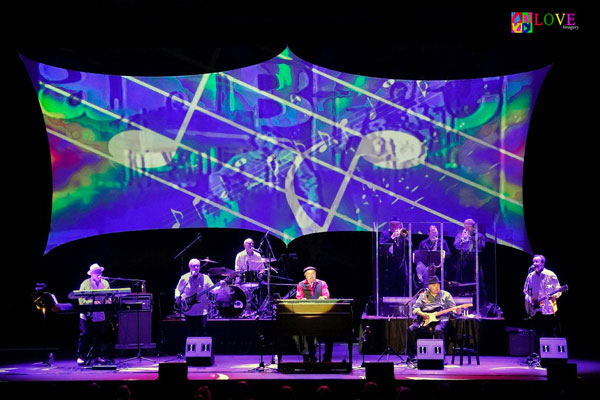 Cavaliere sings to the audience, “Do you remember?” as he plays the organ intro to The Rascals’ 1967 chart-topper, “Groovin’.” Right from the start, music lovers happily sing along on the song’s well-known “Groovin’ on a Sunday afternoon” lyric and Gene Cornish’s harmonica adds to the tune’s relaxed vibe. 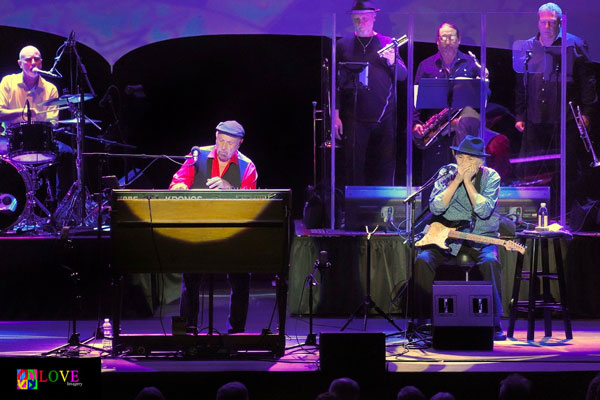 Mike Severs plays a twangy and sweet guitar solo before Cavaliere and the band segue into soulful cover versions of The Temptations’ “My Girl” and “Just My Imagination (Running Away With Me)” before smoothly segueing back into “Groovin’.”

The crowd cheers and Cavaliere jokes, “Hey Gene, remember when we started 150 years ago at the Choo Choo Club in Garfield, NJ? The club owner told us, ‘Make ’em dance, and if they drink up, you come back!’ so we wrote some songs to do that.” Cornish nods as the group launches into the rocker, “Come On Up,” which features Cornish and Mike Severs strumming electric guitars together. 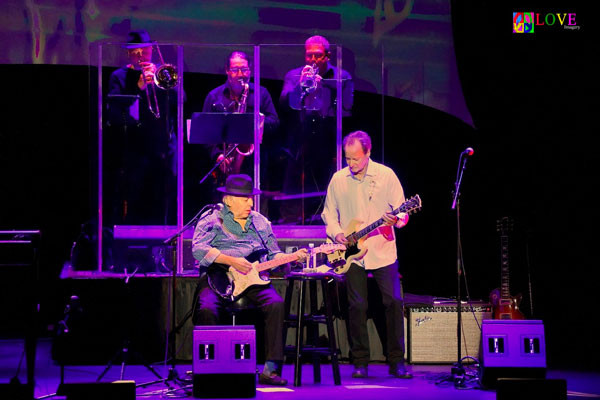 After asking, “How many of you remember the Summer of Love?” Cavaliere and friends performs The Rascals’ 1967 hit, “A Girl Like You.” Crying, “Must be you that caused this feeling in me/You that fills me confidently/You that brings out the best in me,” Cavaliere shines on this arrangement which features trombone, sax, and trumpet solos to flashing lights. Cornish smiles as he plays guitar, obviously enjoying The Rascals’ patented blue-eyed soul vibe. 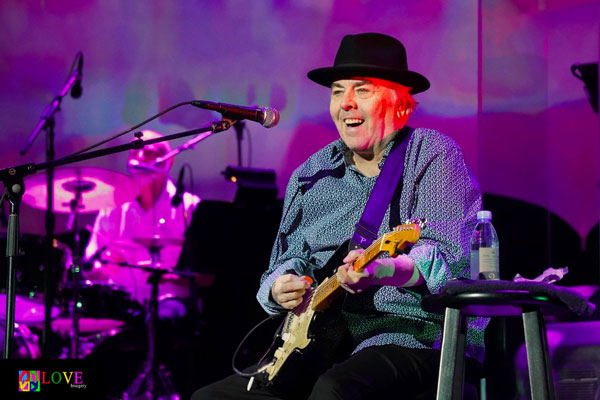 The excitement continues on “Love is a Beautiful Thing” as Cavaliere and keyboardist Benny Harrison duet on lead vocals and bring cheers from the crowd.

In reminiscing about The Rascals, Cavaliere recalls, “I remember when you could write a song and it didn’t piss people off. We wrote songs about the things people were thinking about.” Here, he and The Rascals launch into “A Ray of Hope” where a funky groove and horns punctuate this upbeat anthem which proclaims, “We’ll pray for a day when all men are free/And people can live like they’re meant to be.”

Cornish announces, “Great song written by Felix Cavaliere! Let’s hear it for him!” The crowd cheers, and Cavaliere tells the story about how The Rascals’ next song was written on the island of Oahu. After telling audience members to “Close your eyes and see if you can feel that beautiful island,” Cavaliere and Co. launch into a masterful rendition of The Rascals’ 1968 Top 5 hit, “It’s a Beautiful Morning.” 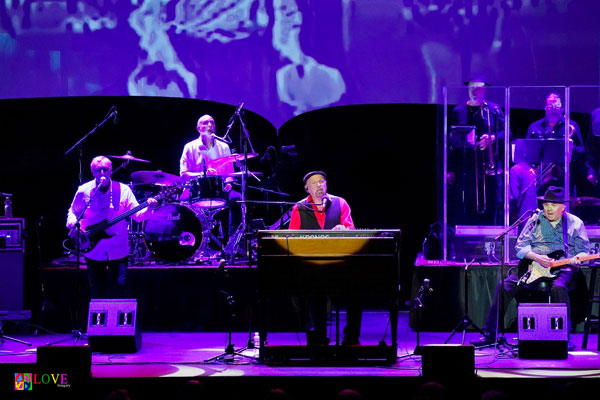 Cavaliere’s voice sounds strong and melodious as visual images appear on the screen behind him. While he ad libs vocally over the horns and swirling keyboards, tight rhythm section playing rounds out the sound and captivates the audience on this classic tune.

Following the deep cut, “What is the Reason?” Cornish reveals, “This is the first record we ever recorded.” Drummer Vinny Santora’s voice is featured on The Rascals’ 1965 hit, “I Ain’t Gonna Eat Out My Heart Anymore.” Mike Severs plays a psychedelic guitar solo as stage lights flash in time to the music. With bass thumping and guitar tremolo swirling, audience members move to the groove in their seats.

When Cavaliere asks, “How many of you remember 45s?” a fan in the front of the auditorium holds up a 45 rpm record for everyone to see. Continuing, “The ‘B’ side sold as many copies as the ‘A’ side,” Cavaliere recalls, “One time, this guy came up to me and gave me a kiss saying, ‘You changed my life! You put my song on the other side of ‘Groovin’.” Here, he and The Rascals perform a soulful version of “Mustang Sally,” a number which became a hit for Wilson Pickett. 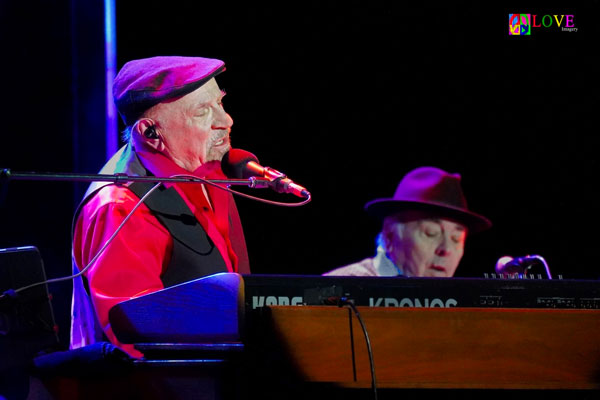 The audience sings “Ride, Sally, ride” in response to Cavaliere’s energetic vocal and then sings along as Cavaliere works in snippets of Wild Cherry’s “Play That Funky Music,” Wilson Pickett’s “Land of 1000 Dances,” and The Temptations’ “Get Ready” and “Papa Was a Rolling Stone” before deftly segueing back into “Mustang Sally.”

Music lovers cheer and Cavaliere exclaims, “I want to tell you, you’re alright out there!” The party continues with The Rascals’ 1967 Top 20 hit, “I’ve Been Lonely Too Long,” the sound building in intensity as Cavaliere soulfully wails and plays the keys before incorporating a segment of The Temptations’ “Ain’t Too Proud to Beg” into the musical arrangement.

Ending in a flurry of notes to a cheering crowd, Cavaliere asks, “You feeling good out there?” before inviting bassist Jimmy Keneally to sing lead on The Young Rascals’ 1967 Top 5 hit, “How Can I Be Sure.” Following his performance, Keneally says, “Another great Felix Cavaliere composition,” to which Cavaliere replies, “Don’t forget, Eddie! Eddie wrote it too!” referring to Rascals’ founding member, singer, and songwriter Eddie Brigati.

As shapes swirl on the screen behind him to ever-changing colored lights, Cavaliere handles the lead vocal on “It’s Wonderful” while Cornish happily accompanies him on guitar. 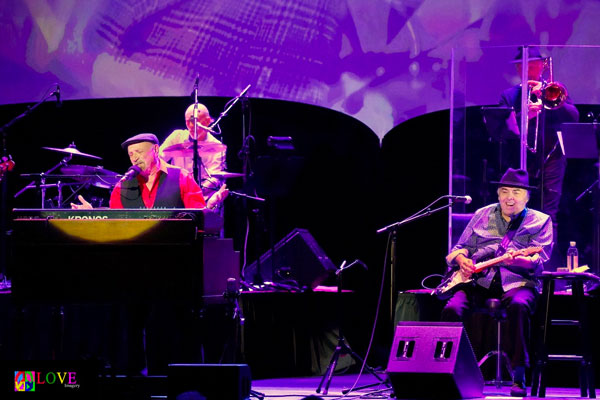 Vinny Santora plays a marching beat on his drums as Cavaliere says, “For many years I’ve been singing this song. This is a prayer for our brothers and sisters overseas.” Fireworks appear on the screen behind Cavaliere as he and the band launch into The Rascals’ 1968 #1 hit, “People Got to Be Free.” Music lovers join in singing the song’s “All the world over, so easy to see/People everywhere just wanna be free” lyric and Cornish and Severs play guitar counterpoint to the horns on this song of hope.

With the band still rockin’ beneath him, Cavaliere riffs, “There’s a train coming — it’s the love train. Think about it! Peace. Love. Wouldn’t that be nice?” before segueing into The Edwin Hawkins Singers’ “Oh Happy Day” and Martha Reeves and the Vandellas’ “Nowhere to Run.” 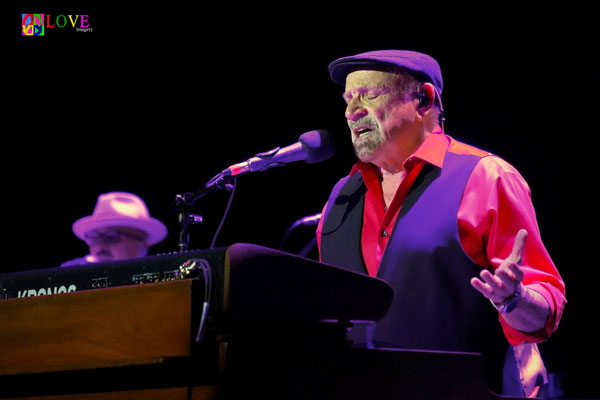 Ending with Cavaliere singing the single word, “Freedom,” lights flash and the audience reacts with enthusiastic cheers and applause.

Cavaliere exclaims, “I hope you had a good time tonight! Thank you!” and Cornish echoes his statement by singing a refrain of Sly and the Family Stone’s “Thank You (Falettinme Be Mice Elf Again).” Cavaliere announces, “This is your last chance tonight if you feel like joining in,” and the crowd stands up to dance to a roof-rockin’ version of The Young Rascals’ 1966 #1 hit, “Good Lovin’.” Music lovers sing along to the song’s “Good lovin’” refrain and the horns call in three-part harmony joining the cacophony of sound emanating from the stage as people rise to hoot, holler, cheer, and applaud. 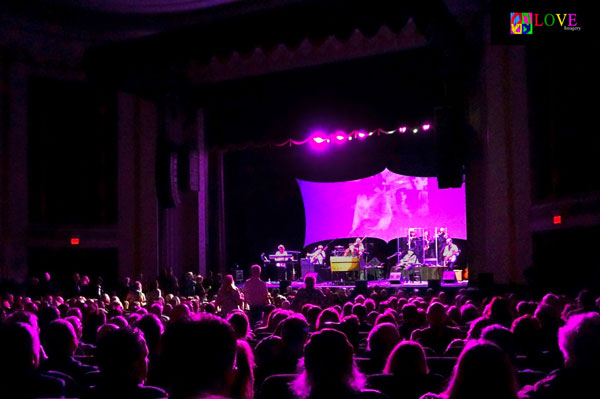 Cavaliere exclaims, “We have a special request from Gene — he wants to do one more!” Here, the group enters into a medley of hits which starts off with Wilson Pickett’s “In the Midnight Hour” and continues with Chuck Berry’s “Roll Over Beethoven.” Culminating with a driving rendition of Little Richard’s “Long Tall Sally,” Cavaliere and The Rascals have the entire crowd on its feet singing the song’s “Gonna have some fun tonight” refrain as guitars wail and music lovers dance.

Cavaliere and Cornish shake hands and Cavaliere tells the audience, “Thank you, New Jersey. God bless all of you and God bless America!”

As concertgoers make their way out of the MPAC auditorium, we chat with several music lovers who share their thoughts on tonight’s Rascals’ concert. Whereas Artie from Edison calls The Rascals’ performance “Entertaining and enjoyable,” Judy from Ramsey exclaims, “It was great! I knew every song,” and Ken from Springfield reveals, “The Rascals were the first band I saw in the ’60s, and they are still excellent. I’m so glad I came tonight; I enjoyed this show immensely!”

Christine from Springfield declares, “The Rascals were wonderful — it was well worth coming tonight!” and Chris from Manville asserts, “Felix Cavaliere’s organ playing still gives me the shivers! His voice is great, too — I love the way he stays true to the original song but then strays from the melody and ad libs — he’s fantastic!” 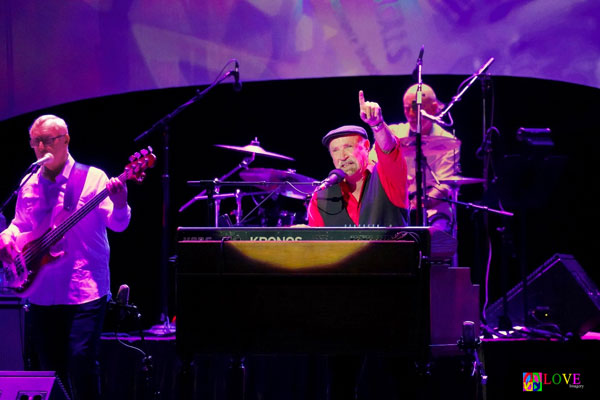 Frank from Garfield recalls, “I’ve been a fan of The Rascals from the beginning,” joking, “I never saw them perform back in the clubs because I was only 13 years old and couldn’t get in, but when the door would open, I would peek in and tell all my friends, ‘I saw Felix’s leg!’” Noting, “They’re a fantastic band and they wrote beautiful songs,” Frank acknowledges, “I’m happy that as an adult I get to see them in concert all the time now!”

Mike from Wanaque tells us, “This is my third time seeing The Rascals and Felix Cavaliere is always great! It’s a fun show, and always worth it,” before confessing, “I grew up in Garfield, NJ. In fact, it was my cousin, Sal, who owned the Choo Choo Club that Felix was talking about during the show.”

Margie from Wanaque acknowledges, “I grew up in Garfield, too,” adding, “Hearing all those great songs had me remembering so many good times. The Rascals are just a fantastic band — I love their sound and their soul,” before concluding, “To me, they’re still hip, still great, still amazing!” 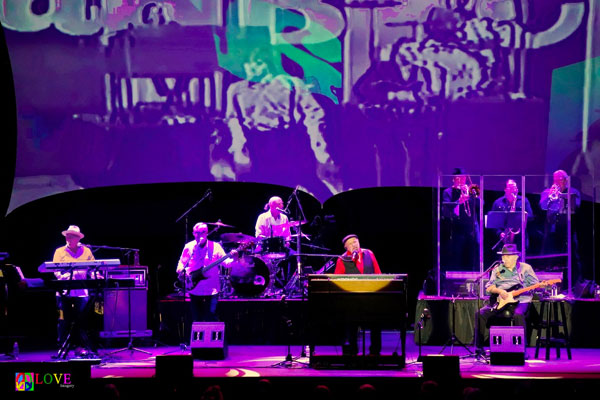 To learn more about The Rascals, please go to felixcavalieremusic.com. For further information on upcoming shows at MPAC in Morristown, NJ — including David Foster and Katharine McPhee on December 2, Michael Bolton on December 7, and The Doo Wop Project on January 14, 2023, — please click on www.mayoarts.org. 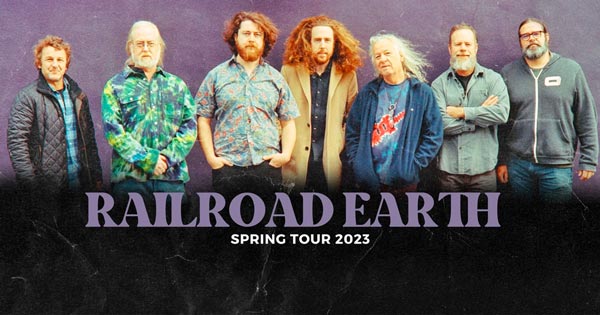 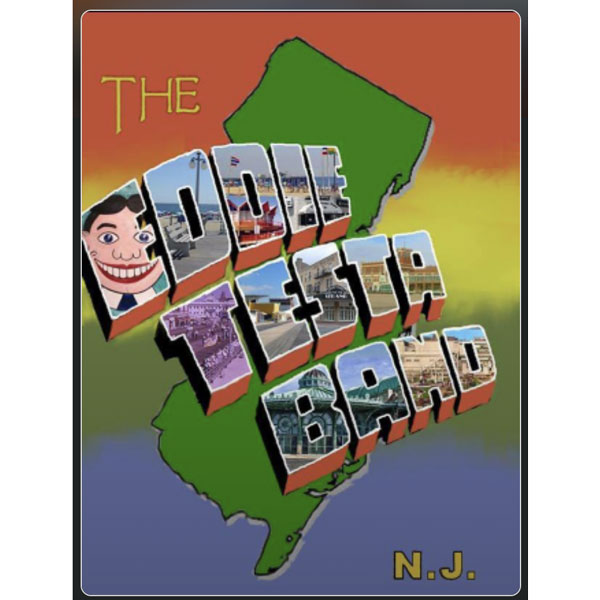