Ray Andersen, better known as Mr. RAY, has been writing and performing for kids from pre-K to 5th grade for 26 years. His interactive show features his original songs, with messages of Kindness, Diversity, Being Creative, and Staying Healthy & Active, and he sings children's classics like “Five Little Monkeys,” along with family songs by the Beatles, Bob Marley, “This Land Is Your Land,” and many more. He has performed from NYC to LA to London. Andersen has appeared on “Good Morning America” and has been featured in the New York Times, Parenting Magazine, and The Wall Street Journal.

In 2020 he reached nearly 2,000,000 streams of his children's music on platforms like Spotify, Amazon Music, and Apple Music.  In January 2021, Ray was asked to be an official United Nations NGO (non-governmental, non-political organization) Representative of Pathways to Peace, on behalf of his musical work and messages of kindness, anti-bullying, diversity and inclusion, with children. He is an ambassador of peace.

Apart from the kids' music world, Andersen has toured with the late rock icon, Meat Loaf as his guitarist/keyboardist/backup singer. He’s performed with Bruce Springsteen, Jon Bon Jovi & Chuck Berry, and has recorded music for many national TV commercials, including 12 Publishers Clearing House campaigns. Andersen is the leader of an 8-piece David Bowie tribute band.

Founded in 1974, Pushcart Players brings substantive musical theater productions and innovative educational residencies to young people directly in their schools. Performances are curriculum oriented, focusing on literacy, history, values clarification, and music. Workshops and residencies focus on the craft of theater itself, promoting the benefits of learning through and about theater.

Pushcart Players has traveled over 2.6 million miles nationally and abroad to serve more than 8 million children and their families. From the little red schoolhouse to the nation’s White House, this dynamic company has received numerous state and private awards for excellence and innovation. A cast of professional Actors’ Equity Association actors and stage managers present with complete scenery, lighting and sound systems, making every performance adaptable to any location. 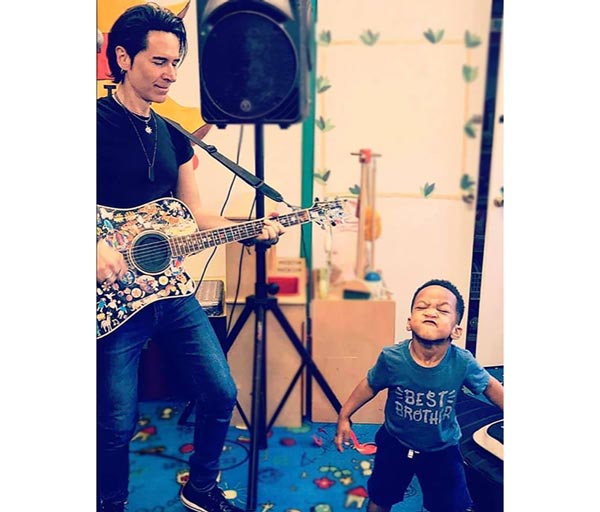