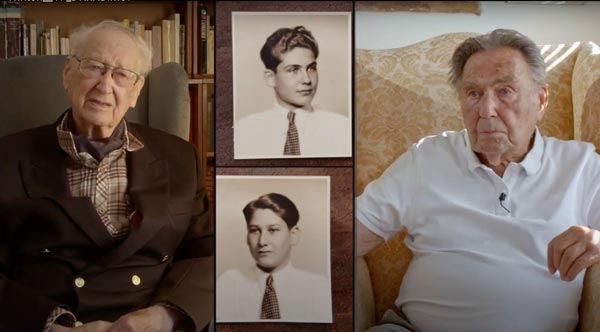 Nicholas Winton: The Man Who Saved 669 Children, directed by Frédéric Tonolli,  is a film unlike any other. There are many movies on the Holocaust, unfortunately, but it is because there is so much to discuss. The Holocaust was an immensely dark time for Jewish people where over six million Jews were murdered simply because they were Jewish. This film depicts the astounding actions of Sir Nicholas Winton which prevented the killing of Jewish children. Winton uses his own money to transport children from areas under Nazi rule to England. This film also focuses on the hardships that families faced while they were broken up as parents could not accompany their children.

The emotional introduction of the film knocks my attention out of the park. Interviewing the survivors who took the trip from Prague to Britain created an emotional depth that immediately reels the viewer into the event. One survivor evokes hope, that these families will reunite and be whole again, yet quickly reflects that was not the case, “Everybody was saying see you soon and that was the last time eighty-five percent of the children saw their parents”. Through just a few lines of dialogue, the emotional hardships are very apparent and instilled in the viewer without sharing a great deal. There is immense depth, sorrow, and relatability stemming from just the first few minutes of the film. This strengthens the amazing actions of Sir Nicholas Winton and showcases the true amazingness within him. Then, the film transitions to his wife finding letters about this travel almost fifty years later, showing that Winton was never vocal about this; meaning that he did not do this as an act of publicity but of true kindness.

On a visual level, this film is engaging throughout. The re-creation of Winton’s wife discovering the journals puts the viewer right there in the scene, as if they are a part of this journey of discovery; rather than talking heads explaining the events. This feels much more personal, properly communicating the feelings of everyone involved as Winton’s actions were deeply personal and saved many lives. When the film does cut to the talking heads, it is methodically done with each one being a contribution to the story. Showing the survivors’ faces provides an additional level of connectability as the viewer can see their facial expressions; something that words simply cannot communicate. Lastly, the narration over visuals is very informative and educates the viewer about the Holocaust, a war different than the Axis versus the Allies, a war directly targeted at Jewish people. 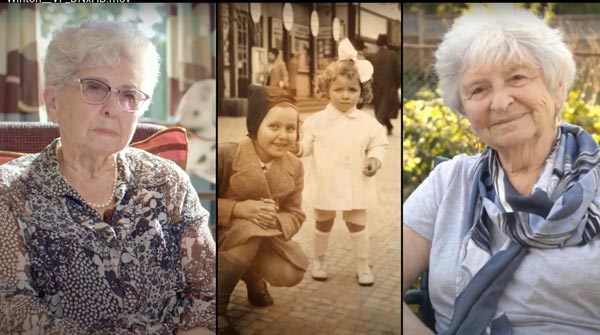 The relevancy of this film is exceptional and important for everyone to watch. After learning about the hardships and sorrows these survivors faced, it seems impossible that this would happen again; however family separation and targeted murderers continue today. While writing this review I find myself thinking about the attack against Ukraine, Black Lives Matter, Stop AAPI Hate, as these are targeted to specific groups and areas. Sir Nicholas Winton helped Jewish people in Prague as the Nazi regime was overtaking Czcheslovakia. Watching this film provides a hint of insight on how Ukrainian families must feel during this terrible time and how marginalized groups in America feel as they live life with constant oppression from others. This film reflects that as much as the world pushes for equality, we are still not there and we must work harder. This film also provides hope that there are other Sir Nicholas Wintons out there, helping those who need it; and that we should strive to be as inclusive and caring as he was.

Nicholas Winton-The Man Who Saved 669 Children is a great film that depicts that hardships Jewish children had to face during the Holocaust by being separated from their families while simutaneously showing the amazing efforts of Sir Nicholas Winton, the man who saved 669 children from the Nazi regime. Frédéric Tonolli amazingly shows this story through visuals and narration that produces relatability and ties into the unfortunate hardships seen today.

Nicholas Winton: The Man Who Saved 669 Children screens as part of the 2022 New Jersey International Film Festival on Sunday, June 12 online for 24 hours. Go here for info and tickets.

The 27th annual Festival will be taking place on select Fridays, Saturdays, and Sundays through June 12. The Festival will be a hybrid one as we will be presenting it online as well as doing select in person screenings at Rutgers University. All the films will be available virtually via Video on Demand for 24 hours on their show date. Each ticket or Festival Pass purchased is good for both the virtual and the in person screenings. The in person screenings will be held in Voorhees Hall #105/Rutgers University, 71 Hamilton Street, New Brunswick, NJ beginning at either 5PM or 7PM on their show date. Tickets: $15.