(NEWARK, NJ) -- Nai-Ni Chen Dance Company will begin its NY/NJ celebration of the Lunar New Year: Year of the Black Water Rabbit beginning at the New Jersey Performing Arts Center (NJPAC) in Newark, New Jersey, on Saturday, January 21, and Sunday, January 22, 2023 at the Victoria Theater on the Lizzie and Jonathan Tisch Stage. Showtime is 2:00pm.

Tickets are $27-$35, and are available for purchase online.

A Newark tradition for over two decades, Nai-Ni Chen Dance Company returns to NJPAC to welcome the coming of the Spring of 2023, the Year of the Black Water Rabbit. It’s a spectacular experience for all ages, combining traditional Chinese celebration with modern flair. This year, to honor the 50th Anniversary of Hip-Hop, the Company will present the New Jersey Premiere of Dragon Cypher, a work developed by Nai-Ni Chen, Rokafella and Kwikstep collaboratively, integrating Chinese dance, contemporary choreography and Hip-Hop Dance.

In addition, NJPAC has commissioned the Company to create Lion in the City, a new lion dance to incorporate ideas from Hip-Hop culture.  In response, the Nai-Ni Chen Dance Company has assembled a cross-cultural team, consisting of the Company’s Director of New and Contemporary Dance, PeiJu Chien-Pott, assisted by H+ | The Hip-Hop Dance Conservatory’s Yvonne H. Chow, Lion Dance Master Henry Lee, and Hip-Hop legends Kwikstep and Rokafella.  DJ Kwikstep will develop new music incorporating the unique rhythms of Chinese Lion Dance drumming and Hip-Hop, while Rokafella works with the team to uniquely translate Hip-Hop Dance vocabulary onto the body of the lion. As Yvonne and PeiJu oversee the integration of all elements, we look forward to welcoming a Red Lion dancing to a mix of Chinese drums and Hip-Hop rhythms.

Besides these two new cross-cultural works, the Company will also present the Yungge (Harvest Song) and Peacock Dance from its traditional dance repertory and one of Nai-Ni Chen’s signature work, Movable Figures from the Company’s contemporary dance repertoire. The Lunar New Year of the Rabbit performance would not be complete without authentic Chinese Classical music performance by the Chinese Music Ensemble of New York and the spectacular Dragon Dance.  The audience will be blessed by the visitation of the Dragon, bringing good luck and fortune to each and every attendee of this celebration. The Company will also showcase a contemporary dance work, Ashes of A Dead Frog, choreographed by legendary Polish Choreographer, Jacek Luminski, that was commissioned by Nai-Ni Chen almost a decade ago.  Guest artists from the Chinese Music Ensemble of New York will provide traditional and contemporary music on classical and folk Chinese instruments.

The Company Dancers, acrobats and musicians perform in festive costumes in red, gold, blue and purple colors symbolizing their prayer for a peaceful and harmonious New Year with plenty of prosperity and good fortune for everyone to enjoy and share.

Choreographer/Dancer Nai-Ni Chen (1958-2021) was a unique artist whose work crosses many cultural boundaries.  Each of her dances reflect her personal vision as an immigrant and an American female artist with deep roots in the Asian culture.  From this very personal perspective, she created new works that reflect current issues with global influences.  Some of her works were developed in collaboration with renowned artists such as the Ahn Trio, Glen Velez, Joan La Barbara, Jason Kao Hwang, Tao Chen, Tan Dun and the Chinese Music Ensemble of New York.

Bridging the grace of Asian elegance and American dynamism, the Nai-Ni Chen Dance Company is a premier provider of innovative cultural experiences that reflect the inspiring hope and energy of the immigrant's journey.  The company's ground-breaking works have focused on themes from ancient legends that reflect issues of the present time to purely abstract, contemporary dances influenced by a mix of cultures Nai-Ni Chen experienced in New York.  An Asian American company that celebrates cross-cultural experience, the Company's productions naturally bring forth issues of identity, authenticity, and equality.

The Nai-Ni Chen Dance Company has received more than 20 awards from the National Endowment for the Arts and numerous Citations of Excellence and grants from the New Jersey State Council on the Arts. Advancing Dance Education, the Nai-Ni Chen Dance Company is currently in residence in New Jersey City University pioneering a program with the University's A Harry Moore Laboratory School teaching dance to urban children with disabilities.

Programs of the Nai-Ni Chen Dance Company are made possible by the generous support of our Board members, the National Endowment for the Arts, the New Jersey State Council on the Arts/Department of State, a Partner Agency of the National Endowment for the Arts, The Mid-Atlantic Arts Foundation (MAAF), the New Jersey Cultural Trust, the New York State Council on the Arts with the support of Governor Kathy Hochul and the New York State Legislature, The New Jersey Arts and Culture Recovery Fund administered by the Princeton Area Community Foundation, the Geraldine R. Dodge Foundation, the Hyde and Watson Foundation, E.J. Grassman Trust, The Horizon Foundation for New Jersey, New Music USA, the Blanche & Irving Laurie Foundation, Dance/NYC Dance Advancement Fund, the Rapid Response Program of American Dance Abroad, the Association of Performing Arts Presenters’ Cultural Exchange Fund, supported by the Andrew W. Mellon Foundation, PSEG, Proskauer, WAC Lighting, and the Glow Foundation and the Dragon and Phoenix Foundation.

PeiJu Chien-Pott, Director of New and Contemporary Dance, is an acclaimed contemporary dance artist from Taiwan, described as “one of the greatest living modern dancers”, celebrated particularly for her work as Principal Dancer with the Martha Graham Dance Company. She holds a BFA in Dance from Taipei National University of the Arts where she’s honored with an “Outstanding Alumni Award”. Her many awards include a Bessie for “Outstanding Performance”, Positano Premia La Danza Leonide Massine for “Best Female Contemporary Dancer”, Capri International Dance Awards, included “Best Performers” in the 2014 and 2017 Dance Magazine and numerous awards in her native Taiwan. She was recognized by the New York Times as one of the “Best Dance of 2021” in Richard Move’s “Herstory of the Universe”. Her recent choreography includes “REBIRTH” in collaboration with renowned sculpture Kang Mu-Xiang for Taipei 101, “ISLAND” created during the pandemic commissioned by the Iron Rose Festival of Taiwan, “UNITY” completed for the late choreographer Nai-Ni Chen premiered at the New York Live Arts, “SPLIT” commissioned by Periapsis Music and Dance, and she was one of the collaborating choreographers for the evening length work The Threads Project #1 “Universal Dialogues” of Buglisi Dance Theater premiered at the Chelsea Factory. Ms Chien-Pott also serves as a dance faculty at the Alvin Ailey School.

Full Circle Souljahs is a Bronx-based Street Dance Company/Crew supported by the non-profit organization Full Circle Prod (FCP) Inc. Under the direction of world-renowned Hip hop dance duo Kwikstep and Rokafella, the vision is to preserve and embrace New York City Hip-hop dance culture as it evolves onstage, in a cypha, in classrooms and in your heart! Inspired by the street and brought into theaters, Full Circle offers a complete spectrum of Hip-Hop Culture that is approachable and straight from the soul.

Yvonne Huatin Chow (she/her/hers) is a 1st generation, Chinese American, queer woman from the Bay Area, CA (Ohlone Land). After high school, she moved to the birthplace of Hip-Hop, NYC (Lenape Land) to immerse herself in a culture and art form that spoke deeply to her. There she found H+ | The Hip-Hop Dance Conservatory where she has been training in Hip-Hop Dance foundations via The BLADE Dance Technique® (S. Thomas, 1995) for over a decade. She is now a choreographer, educator, and curator and currently serves as the Director of Operations and Education Director of H+. In 2015, Yvonne founded House of Chow, a repertory company to honor her family lineage and provide purposeful leadership to the next generation of Asians in Hip-Hop Dance. As a dance advocate, Yvonne represents H+ at the United Nations ECOSOC and serves on the Steering Committee of the NY Dance and Performance Awards, The Bessies. 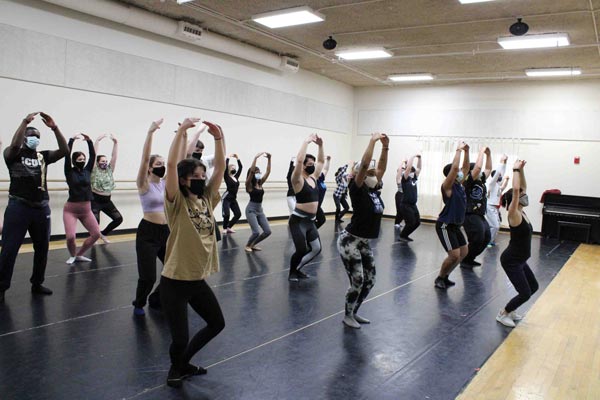 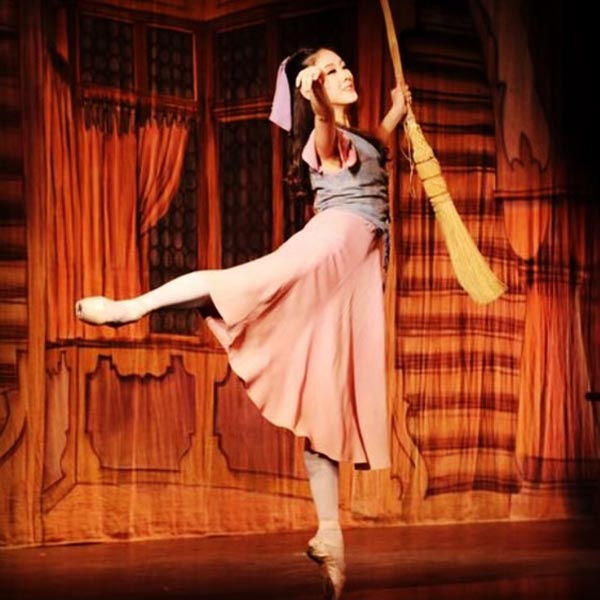 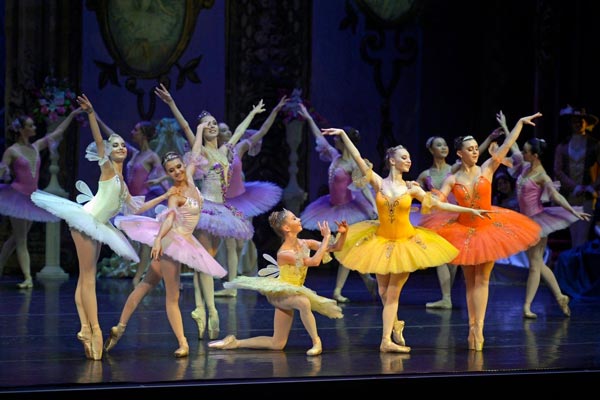 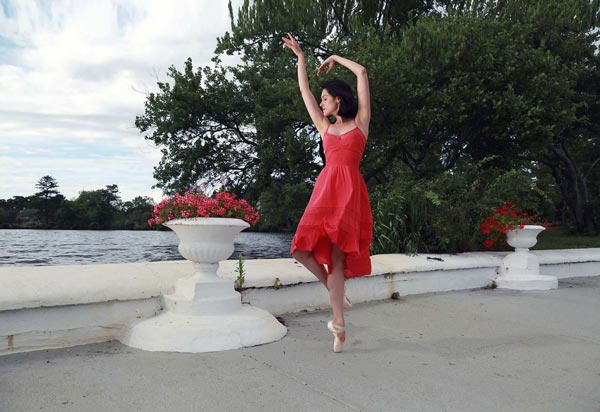 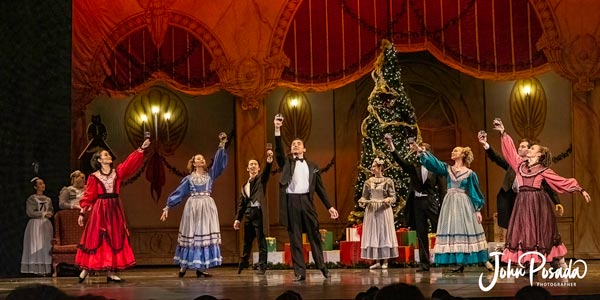 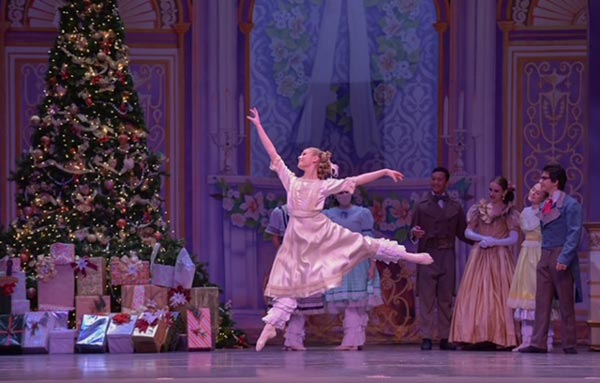 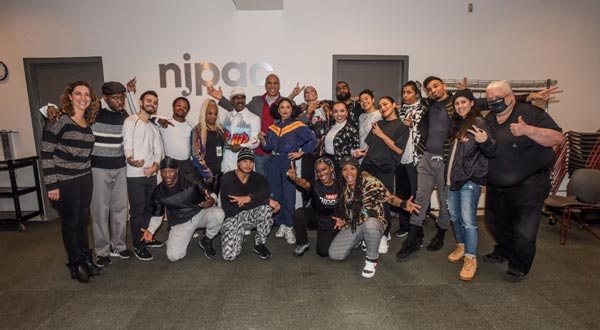