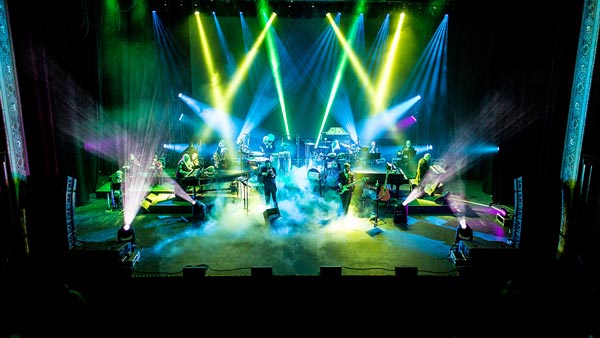 (MORRISTOWN, NJ) -- There's a lot going on at Mayo Performing Arts Center (MPAC) this week. Shows include An Intimate Evening with David Foster and Katharine McPhee; Mannheim Steamroller Christmas by Chip Davis; Top of the World: A Carpenters Tribute Christmas Show; and Theatre of Light.

Saturday, December 3, 2022 at 3:00pm & 8:00pm - Mannheim Steamroller Christmas by Chip Davis. The spirit of the season comes alive with the signature sound of the top-selling Christmas music artist in history! America’s favorite holiday celebration for four decades features the beloved Christmas music of Mannheim Steamroller along with dazzling multimedia effects that bring the magic of the holidays to life. Tickets range from $59 to $99.

Sunday, December 4, 2022 at 3:00pm - Top of the World: A Carpenters Tribute Christmas Show. The incomparable Carpenters gave us some of the most unforgettable ballads and melodic pop songs of all time, including “Close To You,” “We’ve Only Just Begun,” “Rainy Days and Mondays” and “Yesterday Once More.” Enjoy a nostalgic journey through the Carpenters greatest hits as well as holiday favorites like “Merry Christmas Darling” while sharing the backstories behind the music. Tickets range from $29 to $59.  Limited tickets remain.

Sunday, December 4 at 5:00pm (Vail Mansion Plaza) - Theatre of Light. (Free Arts in the Community Event in partnership with Morris Arts). The universal symbol of light will illuminate the rich cultural diversity of our community when Mayo Performing Arts Center partners with Morris Arts to transform the Vail Mansion Plaza, adjacent to MPAC, into a “Theater of Light.” Scheduled to perform: MPAC Performing Arts Company, Emedin Rivera, The Unity Steppers and Fluxion Entertainment Dancers.