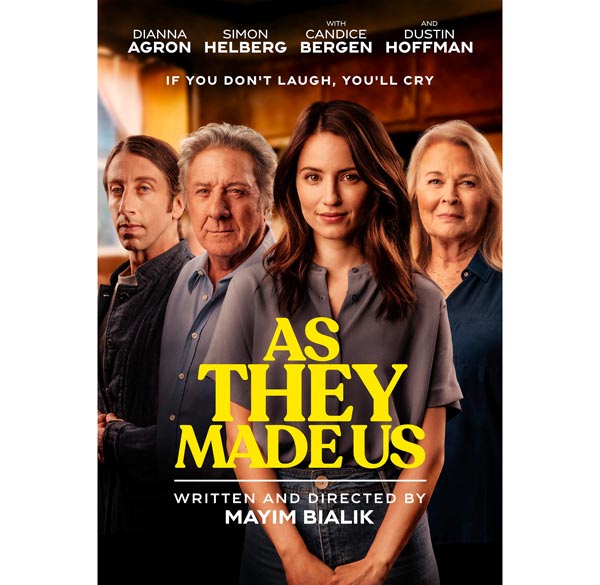 North Jersey locations set the scene for the just released comedy-drama As They Made Us, the story of a divorced mom trying to make peace with her dysfunctional family while getting a second chance at love. Now she must attempt to convince her stubborn and humorously unfortunate family members to hold it together while they embrace one final farewell.

Produced by Anne Clements, Ash Christian and Michael Day, with Yale Productions’ Jordan Yale Levine and Jordan Beckerman, and Mark Maxey of Rolling Pictures, As They Made Us marks the screenwriting and directorial debut of former The Big Bang Theory star Mayim Bialik. The movie was released by Quiver Distribution simultaneously in theaters and video on demand on April 8th.

Two graduates of P.A. Bootcamps sponsored by the New Jersey Motion Picture and Television Commission, NBCUniversal and Sony Pictures Entertainment served on the crew. The Bootcamp is designed to train New Jersey residents from diverse backgrounds for these entry level jobs in the production industry.

“Although As They Made Us is set in Los Angeles, the movie was produced entirely in New Jersey,” said Governor Phil Murphy. “Our state’s competitive incentives and film-friendly communities make New Jersey extremely attractive to filmmakers, and we are delighted that Mayim Bialik came here for her feature directorial debut.”

“As They Made Us is one of over 100 feature films to shoot in the state since the New Jersey Film & Digital Media Tax Credit Program was signed into law in 2018,” according to David Smith, Vice Chairman of the NJ Motion Picture and Television Commission. “We have become home to a bourgeoning industry that produced over $500 million in revenue for the state last year alone, and creates thousands of jobs annually.”