James Dalton, a performer and songwriter from New Jersey, is performing at Glory Days - a Bruce Springsteen festival in Italy. He will be blogging for NJ Stage from the festival. Click here  for all of the blogs from his trip.

Hobo’s and the Castle

So I have been given, unofficially, the honor of being the person that opens the whole festival. Yes, some kook from NJ gets to fly overseas and kick off weekend long event that features NJ music at a handfull of different venues across this little city by the sea…in Italy.

Just a few blocks down Viale Regina Elena (which is pretty fun to say out loud with as good of an Italian accent as can be mustered), past all the hotels, postcard shops, cafes, bodegas and gelato places, is a crazy cool corner bar called Hobo’s that was essentially “open air” with frontage to the main drag wrapped around the side street of Viale Giosuè Carducci. Somehow, that side street along with tables and chairs across the street had become part of the audience seating and standing room. It was night time with some trees overhead, cooler temperatures, and some great people. 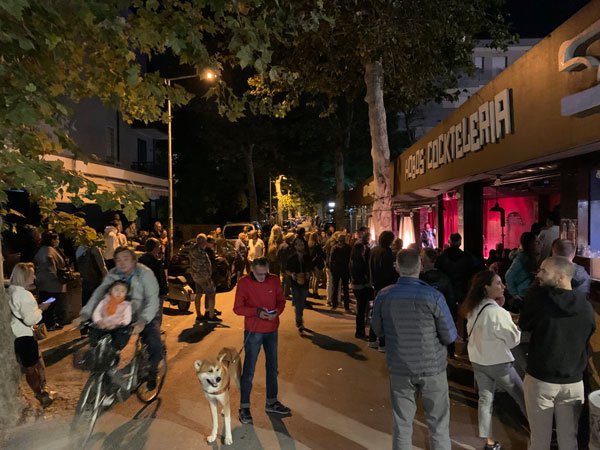 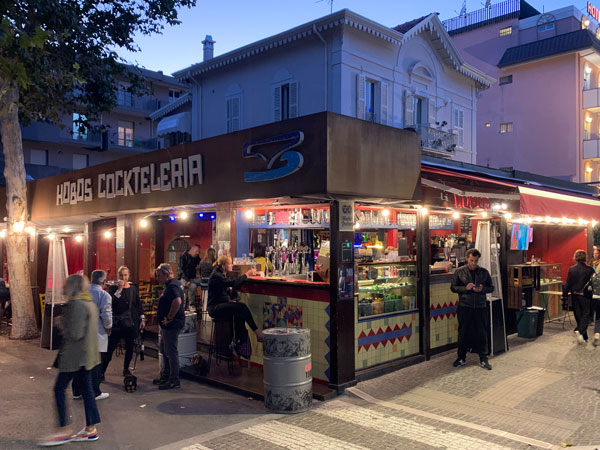 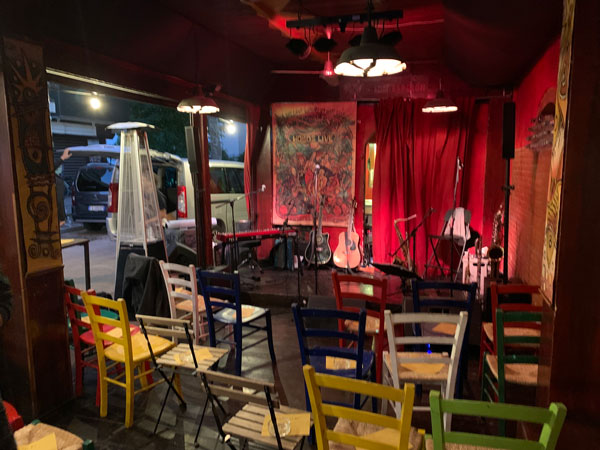 So, with only a very few exceptions, I didn’t know most for the musicians slated to play this weekend. I happy to say, that they were all great, including Graziano Romani, a terrific older generation rocker with a strong voice and an incredible presence. He switched between songs in Italian and in English and has even translated some well known songs from English. He was solid and after I had completed my set and he his, I joined him and a couple other players, wind and piano, we made a big beautiful mess of Dylan’s “Knocking on Heavan’s Door.”

The following night was incredible. For most of us in the US, the amount time we spend in the proximity of an actual “castle”, like a real one built out of bricks and stone before the US was even a thing. Sure, we’ve go the one in Saint Augustine and it bonafide and real and awesome and we love it and stuff, but otherwise, it takes a busy traveler to rack up a lot of castle time…So when I was told I was part of a concert AT a castle, that I was playing one, I was thrilled. You see, as US citizens go, Ive got a pretty good castle time score card, and while I ALMOST played one in Estonia, it’s eluded me until now. 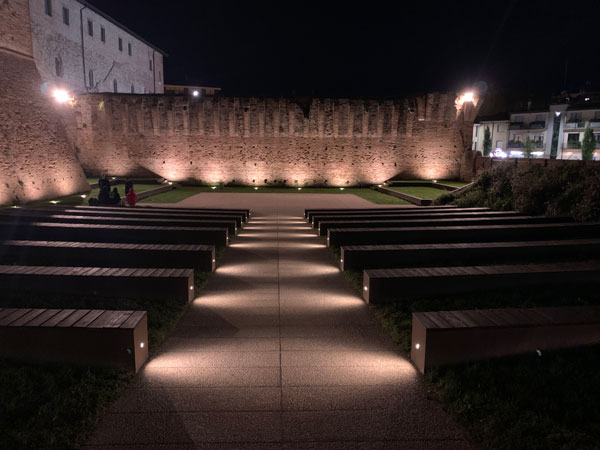 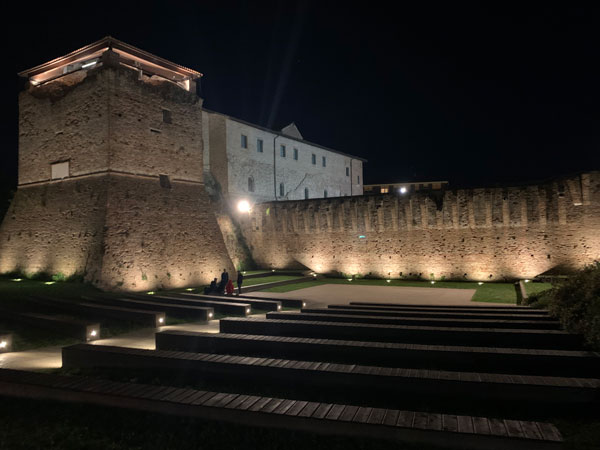 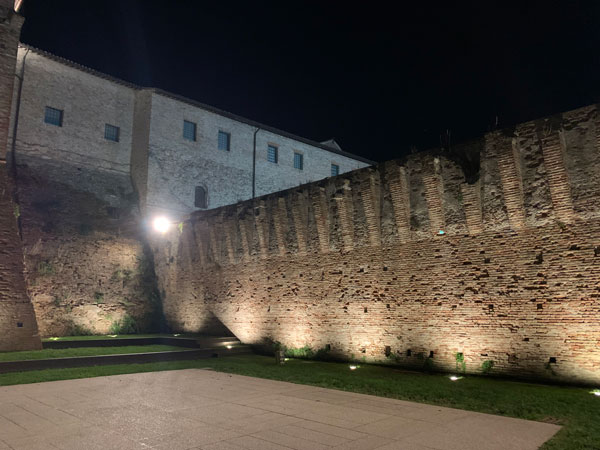 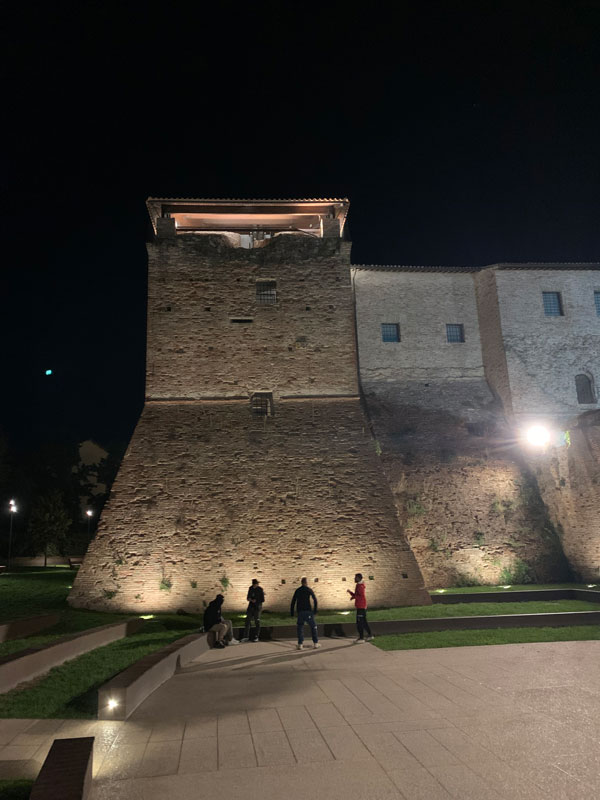 In the center of the city, the castle grounds have been used very wisely. It acts as a public park with great views, fresh air, a reflection pool and a cafe. It also hosts a Fellini museum, who happens to call Rimini his hometown, and for our purposes, the Arena Francesca Da Rimini, a seated amphitheater and performance space.

Tonight’s headliner is Willie Nile, who I’ve met a few times in the Light of Day circles, along with some great new friends including Mike Noegraf and Diego Mercuri. Three acoustic openers, all different, a French Singer-songwriter, an Italian Springsteen tribute front man and man, some scruffy Jersey guy that specializes and who knows what. The show was packed ands the energy was very high and playing my first castle couldn’t have been any better of an experience! 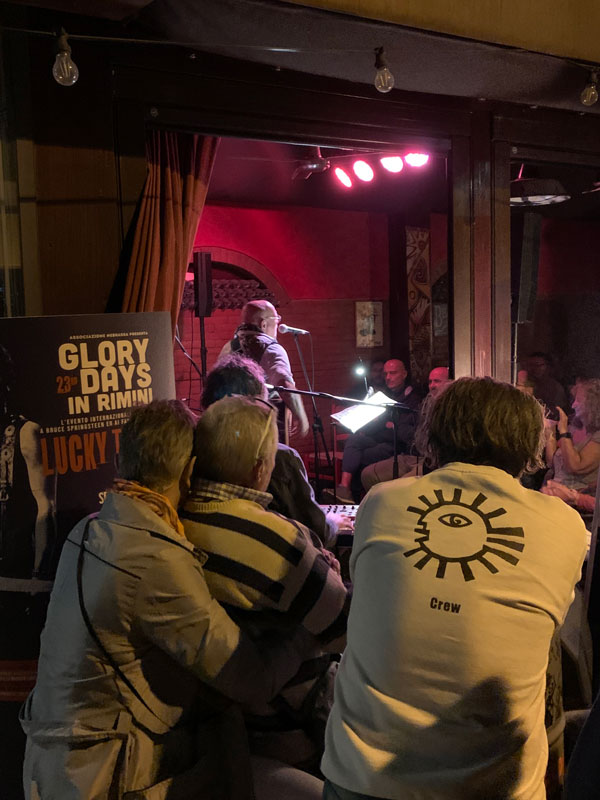 So thanks for reading along! There is more to come over the next few days, and if you have questions or comments, please feel free to get in touch at jamesdaltonjr@gmail.com