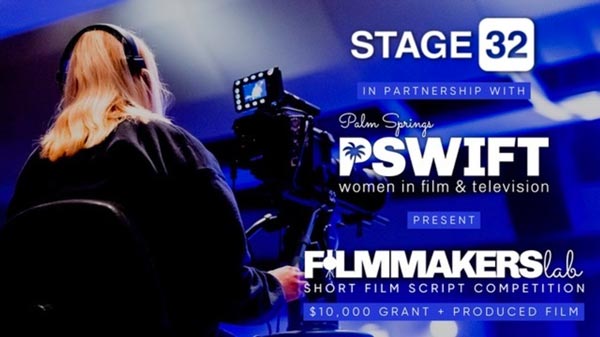 (PALM SPRINGS, CA) -- In honor of screenwriters everywhere, New Jersey’s Premier Independent Film Festival, the Garden State Film Festival has partnered with the Palm Springs Women in Film & Television (PSWIFT) and with Stage 32 with supporting the launch of the first of its kind Short Script Competition open to filmmakers from all countries from around the world.

The winning script will be produced by PSWIFT!s "Filmmakers Lab” for a guaranteed budget of $10,000. The Filmmakers Lab has produced 3 award winning short films and a six episode season of the variety talk show, “PS After Dark,” starring Tristan Rogers. The members of the Lab will judge the projects and the winner will be announced August 15. The Project will be produced in the Fall of 2023.

Stage 32 and PSWIFT will guarantee the film to be screened at their partner festivals "HollyShorts” in Hollywood, the "California Independent Film Festival,” in Orinda, CA and the globally recognized "Garden State Film Festival (GSFF),” in Asbury Park, New Jersey. The project is also guaranteed to be streamed on Roku!s, ZPTV platform.

Stage 32 will provide the winner with a Mentor, Steve Desmond, writer of M. Night Shyamalan's new film KNOCK AT THE CABIN and director of MONSTERS, which won the Stage 32's Short Film Program.

The scripts should be between 5 and 15 pages and submitted in English and owned by the person submitting. The story location must be conducive to the Palm Springs area. There is no age limit and no limit on the number of scripts a writer may submit.

"This wonderful grant opportunity provides filmmakers with the resources to take their vision and make it a reality which is in alignment with our organization.  For the past twenty-two years, GSFF has conducted a robust educational program to inspire, educate and introduce young people to the 21st century vocations the film industry offers," executive director, Lauren Concar Sheehy.

"We are thrilled to be partnering with Stage 32 who is one of the leaders in educating filmmakers and offering a worldwide digital space for them to network. Our collaboration on this innovative competition will help to make a filmmakers dream come true of having their project produced by creative professionals and screened at a prestigious festival,” said Kim Waltrip who is Chair of the Filmmakers Lab and past PSWIFT President.

"Palm Springs Women in Film has been a key organization committed to providing hands-on opportunities for filmmakers and we are thrilled to partner with them to provide a Filmmakers Lab that will shepherd the craft and career of an undiscovered filmmaker,” said Stage 32 CEO Richard Botto.

Palm Springs Women in Film & Television (PSWIFT) is a nonprofit organization, founded in 2001, dedicated to empowering, promoting, educating and nurturing its members – both women and men – involved in the entertainment, communication and media industries. PSWIFT is also focused on educating, inspiring and bringing in more production work to the Coachella Valley.

The Garden State Film Festival is a 501-c-3 non-profit organization, created to promote the art of filmmaking on all levels. This globally recognized festival also provides creative arts education programs and creates a forum where local and international independent filmmakers can exhibit their work. Their outreach programs also support the U.S. Military, seniors, children, and the underserved populations.  Since 2003, thousands of films have made their public premieres, hundreds of thousands of people from around the world have attended; and the total infusion of cash to local businesses since inception exceeds $10 million. It is held in Asbury Park and surrounding area as well as Cranford, NJ.

Stage 32 links entertainment industry creatives, professionals and executives globally and has 1 million members worldwide The platform is recognized throughout the industry as the leaders in film, TV and digital education and is the networking and education partner of organizations such as Netflix, the American Film Market, the Cannes Film Festival Marche du Film and many other festivals, film commissions and film and television organizations around the world. Industry professionals, production companies and creatives use the platform!s script services to vet projects, assist with budgeting, and hone their material.

Founded in 2011 by Richard "RB" Botto, Stage 32 works with over 1,000 industry professionals and executives worldwide who provide education, instruction and professional opportunities for members of the platform. Stage 32 currently has over 2,000 hours of exclusive film, television and digital craft and business education in its library. Members of the Stage 32 community use the platform daily to build their network, incubate projects, take online webinars, classes and labs, find work, cast and crew their projects and for other professional pursuits. Stage 32 members range from talent on the rise to Emmy, BAFTA and Academy Award Winners. 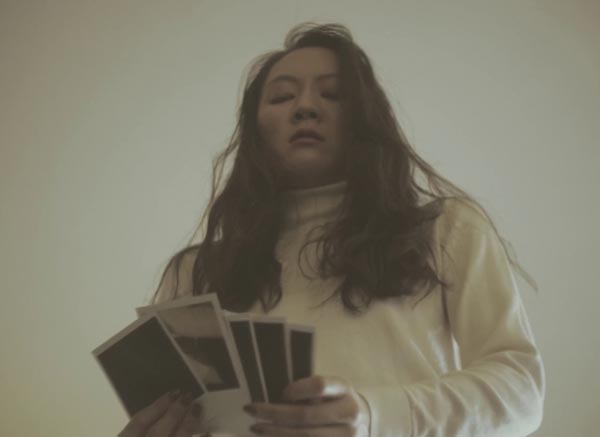