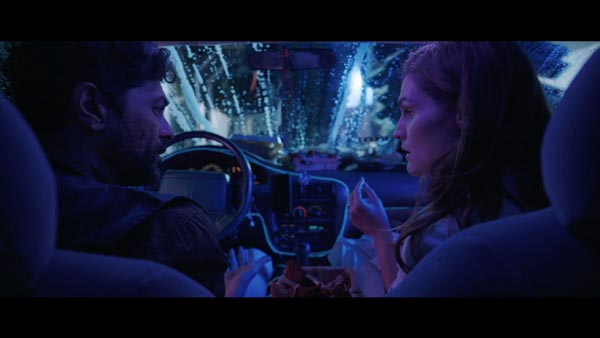 City of Love, directed by Eric Boadella, is a terrific feature film that shows how difficult readjustment to real life can be for individuals in prison for an extended period. We are shown a man named Spencer (played brilliantly by Robert DeCesare) who has been in prison since 2001, and he decides to join a driving service after watching videos of its CEO discussing the company. While he begins to work, he is also met with old friends who have moved on from the past. Similar to the film Taxi Driver, he is battling his demons behind the wheel of his car.  He begins to fall in love with a customer, a beautiful woman named Molly (Kathryn Schott), who is and actor and playwright who has her own issues.  After going on an unsuccessful date with her, viewers see Spencer’s inevitable descent into madness, which climaxes when he is pretending to be robbing his sex doll and other inanimate objects in his bedroom.

The way that color is displayed in this film speaks non-verbal volumes about the story’s plot. The tones of blue and red help indicate the film’s negative, depressing theme, and nature. Everyday objects like pills, toothbrushes, clothing, and bed sheets vary in shades of blue. Blue symbolizes freedom in most circumstances, which is fitting due to Spencer’s recent release from prison. However, this color is not shown positively. There are many muted tones of the color blue, which may indicate a bad experience with this newfound freedom. Red is also another color seen quite frequently in the film. Red is a symbol of evil and danger. This color is in conjunction with the blurry, dingy, and dark/neon settings that are not exemplary of what real life looks like. This may show that the footage viewers watch are inaccurate, like a drug trip or fever dream. This also can allude to the idea of the dark nature of the film.

In addition to the element of color in the movie, the sound is a massive communicator. The deep and slow music indicates something lurking in the background, in this case, in the plot’s location. The music causes the viewer to feel uneasy while watching the already disturbing events unfold on screen: Spencer dancing with the sex doll, creating a map of all of his customers on his wall, and stalking Molly, just to name a few.

The color and sound, in conjunction with religious references, create an even more distributing and intense atmosphere for the viewer. Spencer seems to have a severe relationship with God and almost uses his faith as an excuse for his disturbing behavior. Many physical objects represent religion, such as postcards with religious imagery, and crosses displayed in various areas in various frames, such as a cross hanging above this door. He is also hearing and imagining situations, such as the CEO of the ride-share company is explaining that his behaviors are wrong. This may be his unconscious way of telling himself that his behaviors are erroneous, but he continues to ignore them.

This film was phenomenal. It is the perfect movie if you are a fan of psychological horror films.

Here is the film's teaser:

City of Love Has Its New Jersey Premiere At The Spring 2023 New Jersey Film Festival On Saturday, January 28. The film will be Online for 24 Hours and In-Person at 7PM in Voorhees Hall #105/Rutgers University, 71 Hamilton Street, New Brunswick, NJ.

148 Rides. 1 City. 1 Date. 2 Deaths. 1 Miracle. In this neo-noir feature, Spencer, a troubled rideshare driver in Los Angeles, will go to dangerous lengths to reconnect with the world he lost after spending 20 years in jail. 2022; 82 min.

For General Info on the Film Festival go here: https://newjerseyfilmfestivalspring2023.eventive.org/welcome 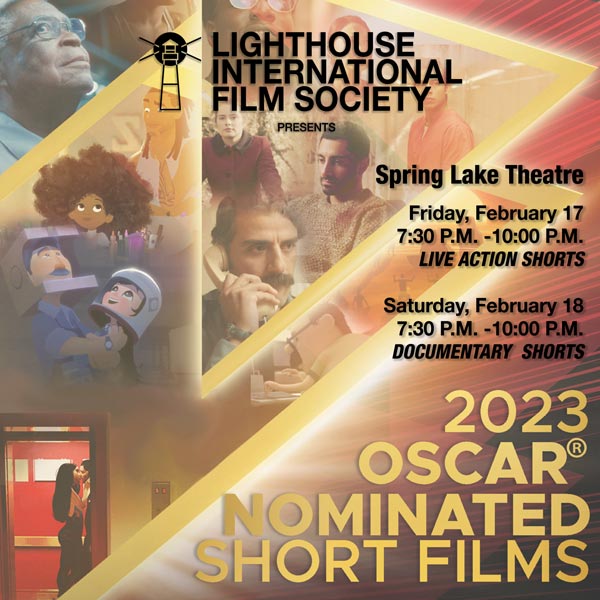