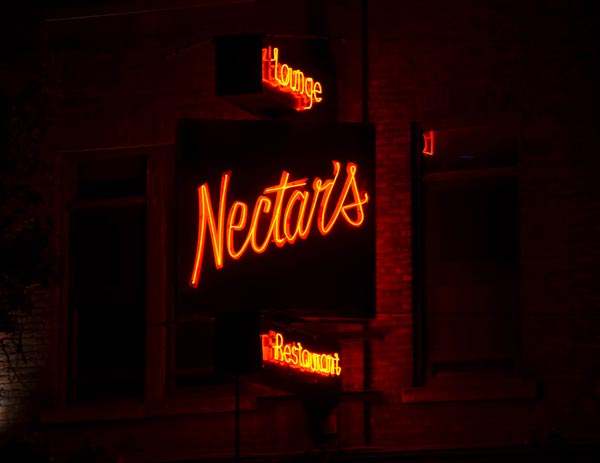 (BURLINGTON, VT) -- A long-standing landmark and music venue, Nectar’s has new owners. Concert promoter, talent buyer and ElmThree Productions founder, Edward Maier along with an investor group with a passion for music, have purchased the Burlington’s legendary music venue Nectar’s and Metronome.

Nectar’s is a restaurant, bar and music venue located at 188 Main Street in Burlington, VT best known for launching Phish’s career back in the 1980s. It has been and continues to be a vessel for some of the top performing musical acts since 1975 and a pivotal venue for Grace Potter and Twiddle. Under the new ownership, Nectar’s and it’s connecting space Metronome will maintain its reputation for booking local, regional, and national musical acts while adding some cosmetic changes and technology upgrades to include new lighting, 4K streaming capabilities and a podcast studio partnering with Osiris Media.

ElmThree Productions is the creator of the "Jams on The Sand” for Asbury Park’s Convention Hall and has established itself as an independent promoter for venues such as Asbury Park, NJ’s The Stone Pony, Wonder Bar, The Saint and Atlantic City’s Bourbon Room (Formerly House of Blues Atlantic City).

Today, ElmThree Productions has joined forces with Matt Kolinski founder and agent at Omni Arts Group. Matt has an extensive history in the jam world, having worked with several notable artists including Goose, Spafford, and Spiritual Rex. The merger will reestablish the Nectar’s Presents entity and bring in their talent buying, promotions, and management clients. Nectar’s Presents will now expand into a talent buying and management branch focused on emerging musicians as well as promoting musical acts in venues throughout the region. To date, Nectar’s Presents has talent buying accounts with venues such as The Bearsville Theater (Woodstock, NY), White Eagle Hall (Jersey City, NJ), Madison Theater & Madison Live (Covington, KY) on behalf of Essential Productions, Lark Hall (Albany, NY) and The Double EE Performance Center at The Essex Experience (Essex Junction, VT). The final piece of the branch will be the addition of Brett Fairbrother, former manager or Strangefolk, RAQ and guest service director of the Capitol Theater (Port Chester, NY) and talent buyer for Garcia’s bar. Brett will also oversee the talent buying for Nectar’s and Metronome.

“As a huge supporter of live music and Phish fan, I couldn’t think of a better venue to co-own, while leveraging the name for a new talent management agency with Matt Kolinski. Nectar’s and Metronome have been a staple in my life for catching a show and discovering artists, it was also catalyst in launching my nearly 25-year career in the music industry. I look forward to maintaining the venues as a cornerstone of the Burlington music scene, while discovering and growing new acts,” said Ed Maier, managing partner for Nectar’s and Nectar’s Presents.

The talent management arm under the Nectar’s Presents umbrella will be called APON Artists and includes musicians from both the Omni Arts Group and A.F.T Artist rosters as well as A.F.T Artist owner Ian Miller. With this merger, acts such as The Werks, Mystic Bowie’s Talking Dreads, Funk You, Joe Samba, Hippie Death Cult, Crooked Coast and others will now be represented by APON Artists.

“I’m looking forward to not only booking live music at some of the most beloved venues on the east coast but working with new and established musicians under the Nectar’s Present entity, says Matt Kolinski, director of Nectar’s Presents.

“Under the Nectar’s Presents umbrella, the team will be able to offer more live music across the country while developing new acts along the way.”