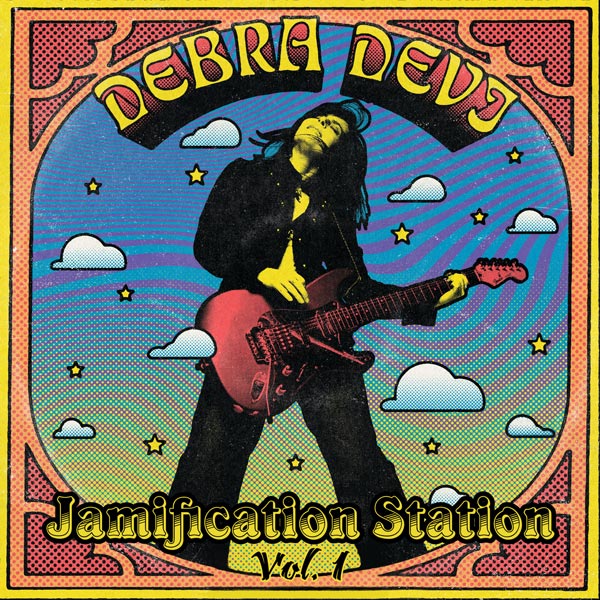 In May 2020, Devi was in lockdown in Jersey City NJ, instead of out promoting her EP, A Zillion Stars Overhead (with Gov't Mule bassist Jorgen Carlsson), “a collection of dreamy blues-rockers and blistering psychedelic jams” (Relix). One lonely evening, Devi put her iPhone on a stand and began her first solo livestream. Folks watching asked when she would go live again. They needed, they explained, something to look forward to during such a dark time.

"Johnny recorded our streams to ProTools, so when we wrapped up the stream recently to focus on in-person shows, we began mixing Jamification Station, Vol. 1," Devi says. “We plan to mix three of these live EPs--no overdubs allowed!”

In Feb. 2022, Devi's neo-soul single, "Please Mr. Postman," made Cover Me's "Best Cover Songs" list. In March, Devi opened for Joan Osborne, and performed with Kate Pierson (B-52s) and Cindy Cashdollar. In June, she opened for Jesse Malin. Her next show is at Colony Woodstock with Jackson Pines on July 10.