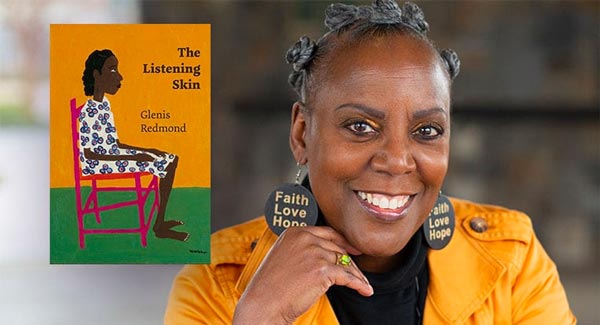 (NEW BRUNSWICK, NJ) -- Join the State Theatre for a special book launch event celebrating award-winning poet and former State Theatre poet-in-residence Glenis Redmond's newest poetry collection, The Listening Skin on Thursday, November 17 at 7:00pm in the Studio. The collection explores how an artist dares to dance and create through a pain-riddled body.

Come enjoy a reception followed by a reading and Q&A session with Glenis as well as a book signing opportunity. Program will include opening poems by Patricia Starek, Liane Stone-Ingalls, Alyea Pierce, and Linda Somers. Books will be available for purchase. Cash only.

7:30pm – Program followed by Q&A and book signing with Glenis

Glenis Redmond is a performance poet, a Kennedy Center Teaching Artist, a Cave Canem alumni, and a former poet-in-residence here at State Theatre New Jersey. She is the author of five books of poetry (Backbone, Under the Sun, What My Hand Say, Three Harriets & Others, The Listening Skin) with one more book set to publish this year. Her poetry has been showcased on NPR and PBS and most recently published in Orion Magazine, southStory, and The New York Times. Redmond has spent almost three decades touring the country as a poet and teaching artist. In 2020, Redmond received the highest arts award in South Carolina, the Governor’s Award. She was inducted into the South Carolina Academy of Authors in April.

After major renovations, State Theatre New Jersey reopened and celebrated its 100th Anniversary in December 2021 in a fully renovated theater including newly renovated lobbies, all new restrooms, upgraded HVAC systems, a new elevator for access to all levels, and brand-new theater seats. Originally built as a silent film and vaudeville palace, State Theatre’s historic significance was honored by PBS by featuring it in its documentary series, Treasures of New Jersey, in the fall of 2018. “Treasures of New Jersey: State Theatre New Jersey” can be streamed online. 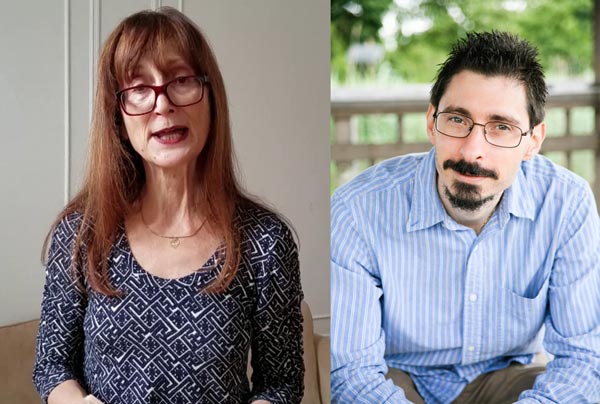 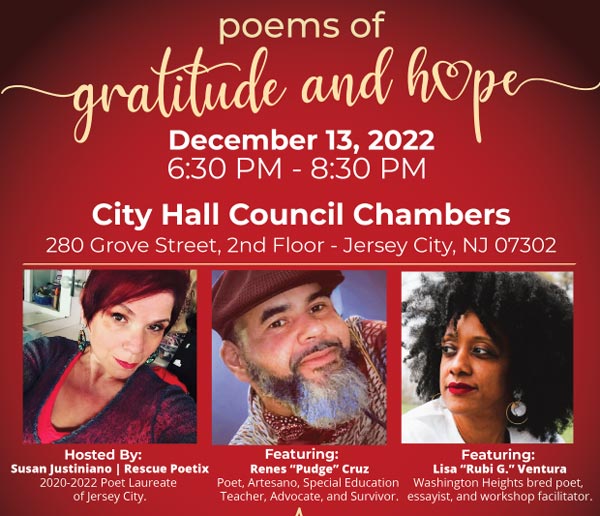 RescuePoetix Hosts Poems of Gratitude and Hope on Dec. 13th 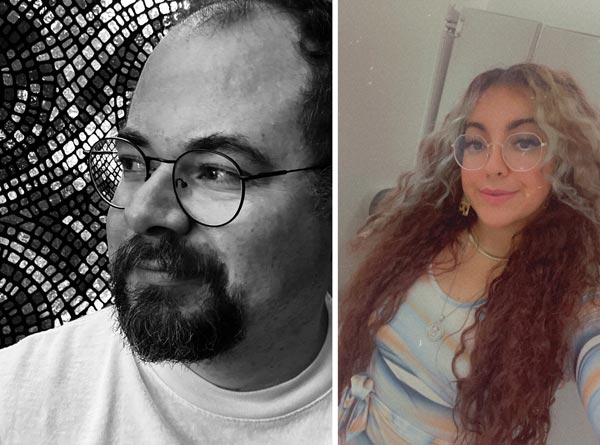 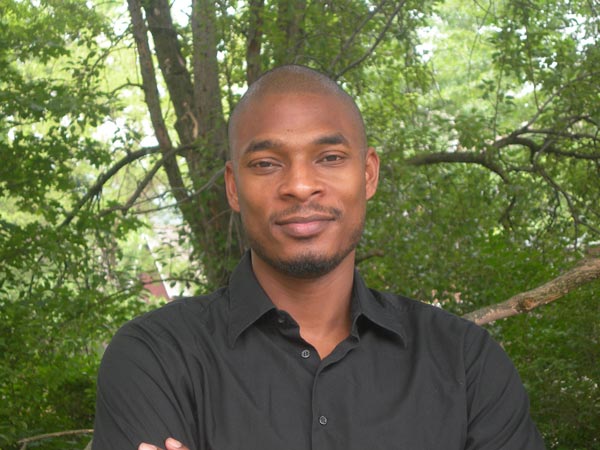 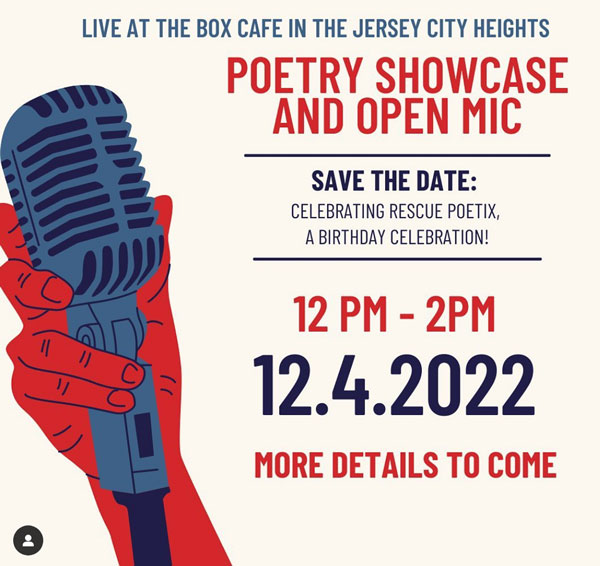