AxelrodPAC presents "A Monkey and Me" this Weekend

(OCEAN TOWNSHIP, NJ) -- Can a twice divorced songwriter find love and happiness? Maybe a performing monkey from his Las Vegas extravaganza can show him the way. Find out when Jonathan Brielle Holtzman’s semi-autobiographical musical comedy, A Monkey and Me: Stories I Never Told My Mother premieres at the Axelrod Performing Arts Center from June 24-26, starring five-time Tony Award nominee Tovah Feldshuh.

“It’s a very human story about the problems I had with my mom and dad, and the decisions and compromises we make in order to stay true to ourselves,” said Holtzman, who goes by the professional name Jonathan Brielle. “It’s a very funny show, but the comedy has a lot of truth in it.”

Brielle has had an interesting and unusual life; As a child, his was the only Jewish family in Brielle, at a time when the local golf club still restricted Jewish members from joining. 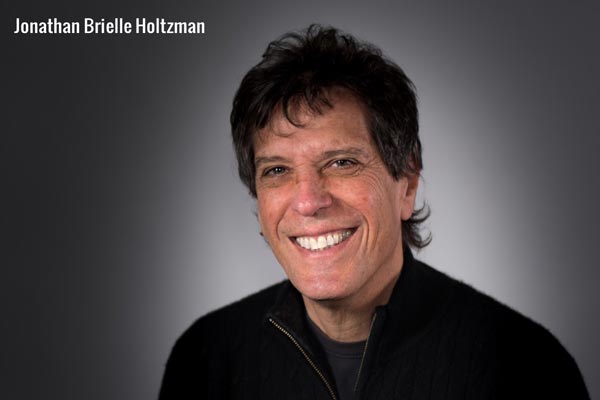 “The only way we were able to buy a house in town is because someone was mad at a council member, so to get even, they sold their house to a Jewish family,” he said.

The family later moved to Deal. While his mother was often busy performing in community theater, Brielle spent a lot of time alone writing songs and stories. But he turned those stories and songs into a career that eventually led him to Broadway, where he wrote the music and lyrics for Foxfire, as well as for Off Broadway’s Himself and Nora.

The monkey reference comes from a Las Vegas show called Enter the Night, for which Brielle wrote original songs. The show ran for 12-years at the Stardust Hotel. With 62 cast members, the 90-minute extravaganza contained magic, topless dancers, ice skaters, circus performers, tap dancers, female motorcyclists and live music, all with a tongue-in-cheek score. The Las Vegas Journal called it the “Best Show on the Strip.”

The show also contained several orangutans that Brielle felt he could somehow relate to.

“They would come out on stage and then go back in their cage after the show,” he said.

When Brielle’s mother was turning 90, his wife suggested he tell her all the crazy things he had been through that she had no idea about. That sparked his creativity and six months later, he had a show ready that he performed for her on her birthday. A Monkey and Me contains humorous tales of his years at Asbury Park High School, wrestling with gangsters, corporate America, two ex-wives, a monkey from his Las Vegas extravaganza and his overbearing, theatrical, Jewish mother.

“The show starts with me explaining that the monkey is a voice in my head that tells me which way to turn and what to do,” he said. “It goes through the decisions I made in my life while trying to find true love.”

“It’s a brilliant cast, and Tovah is absolutely outstanding,” said Brielle. “I’m so excited to be collaborating with the Axelrod.”

The Axelrod Performing Arts Center is located at 100 Grant Ave., Deal Park. Tickets for A Monkey and Me: Stories I Never Told My Mother are available at 732-531-9106, ext. 14 or www.axelrodartscenter.com.