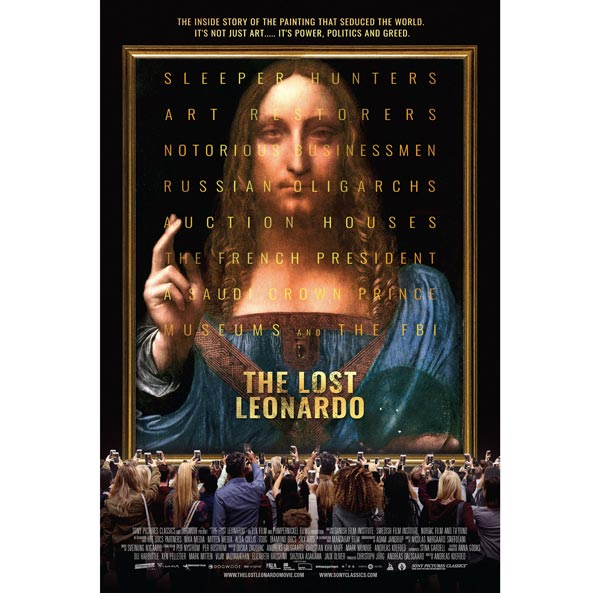 The painting (originally purchased for $1,175) displayed Renaissance brushstrokes during a restoration. The moment the discovery of the painting occurs, the fate of “Salvator Mundi” is determined by an insatiable quest for fame, money and power. As its price soars, so do the questions about its authenticity: is this painting really by Leonardo da Vinci? Unravelling the hidden agendas of the richest men and the most powerful art institutions in the world, The Lost Leonardo reveals how vested interests in the “Salvator Mundi” are of such tremendous power that truth becomes secondary.

Tickets are $20 for adults ($10 for students) and include a pre-film reception with light fare and refreshments as well as a short talk about the premise of the film. Tickets for the film and reception are available for purchase online or at the door.

Sustaining Membership to AHArts includes two complimentary tickets to a benefit film screening per year, which can be redeemed at this event.

FilmOneFest and its fundraisers are volunteer-produced. Proceeds support the Atlantic Highlands Arts Council and AACC Food Pantry. Food donations are encouraged at this event.

This event is made possible through the generous support of Tom Bernard and Sony Pictures Classics.

FilmOneFest is a project of AHArts, a registered 501 (c)(3) organization whose mission is to strengthen community through the arts.

This program is made possible in part by Monmouth Arts through funding from the Monmouth County Board of County Commissioners and the New Jersey State Council on the Arts.