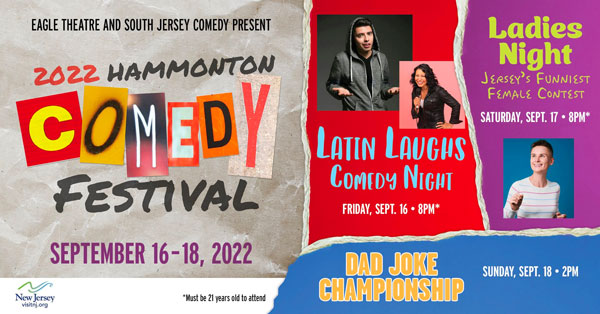 Born just east of downtown L.A., in the neighborhood of Boyle Heights, Mexican-American comedian Martin Rizo has reached a considerable amount of milestones throughout his comedic career, ranging from producing shows to touring the country. Inspired at a young age by world-renowned comedians such as George Lopez, Martin started writing jokes in his notebooks while still in High School. Martin launched his career at the Laugh Factory’s open mic. Through his exposure and videos on YouTube, Martin became a writer for King Bach’s Bachelor Pad and Gabriel “Fluffy” Iglesias’ Damn TV. Today, he continues to entertain and relate with his audience by sharing his experiences from living at home, being broke, dating women and growing up in East L.A, And creating viral videos. In sum, his audience continues to grow from his Pandora station and thousands of followers on social media.

Mariza Brussolo is a Mexican-American stand-up comedian, actor, and producer. She is a 2019 Florida Funniest Female finalist and the winner of 2022 Cape Coral Comedy Competition. She has performed with touring comedians like Mark Normand, Jimmy Shubert, Jeff Dye, and Kyle Grooms. Mariza is a clean comedian covering topics about her family and daily life.

Saturday, September 17 @ 8:00pm - Ladies Night. All Female Comedians Night Who run the world? GIRLS! It’s “Ladies Night” and we’re featuring a lineup of women comedians who will have you laughing all night long. Grab your besties, or drag your boyfriend along! Audiences must be 21+ to attend.  Help us crown the funniest of the bunch as the inaugural Jersey’s Funniest Female with headliner Ashley Gutermuth showcases more than 10 female comedians from across the state of New Jersey. To submit an entry to perform click here.

Ashley Gutermuth is a New Jersey-based stand-up comedian and actor. She appeared on ‘The Tonight Show’ with Jimmy Fallon where she was chosen by Jerry Seinfeld to win the ‘Seinfeld Challenge.’ In 2021, Ashley won the headliner category of the US Comedy Contest. Ashley's hilarious videos of her stand-up and life as the spouse of a United States Military Veteran have exploded to over 100 million views! Ashley's comedy has been featured in the Military Times, Military.com and Yahoo News. She has appeared on shows with Mark Curry (Hangin' with Mr. Cooper), Chris Kattan (SNL), Steve Hytner (Seinfeld) and Michael Winslow (Police Academy, America’s Got Talent) among many others.

Sunday, September 18 @ 2:00pm - Dad Joke Championship (Family friendly comedy show!). What do you call a prehistoric restaurant? A diner-saur!  Join us for an afternoon of eye-rolling laughter as performers from across the region compete to win the South Jersey Dad Joke Championship at the Eagle Theatre. Sign up to compete by clicking here (you do not need to be a dad to enter).

$500 in prize money is up for grabs! Rules are simple. It's a 1 on 1 competition where each contestant takes a turn telling the lamest/daddest joke possible. Jokes do not need to be original. Each contestant will tell five jokes per round. Points are earned by making your opponent laugh or smile. The contestant with the most points advances to the next round until they have a winner (judging panel of moms will break ties). Jokes must be family-friendly. 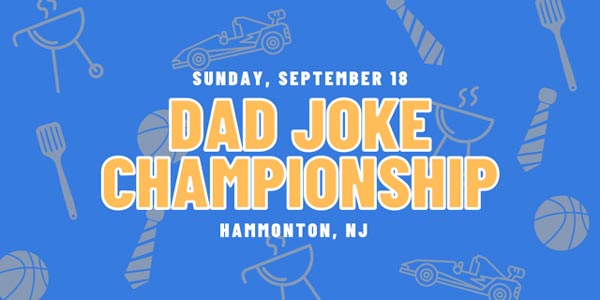 COVID POLICY: As of September 1, 2022, Eagle Theatre will no longer require Vaccine Checks or Negative Covid Tests to attend the theater.  Masking is encouraged, but optional.  They continue to request that any patron who becomes symptomatic call us to release or exchange tickets for a different performance.  This COVID policy remains in effect unless the status of the pandemic requires increased measures for both the safety of their audiences and artists.

The Eagle Theatre is located at 208 Vine Street in Hammonton, New Jersey. Eagle Theatre is dedicated to telling meaningful stories through innovative, dynamic, and professional productions that advance the experience of live theatre on our mainstage, in our community engagement, and through educational opportunities. 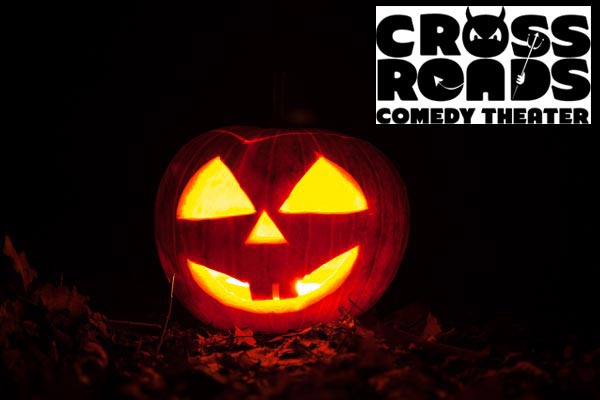 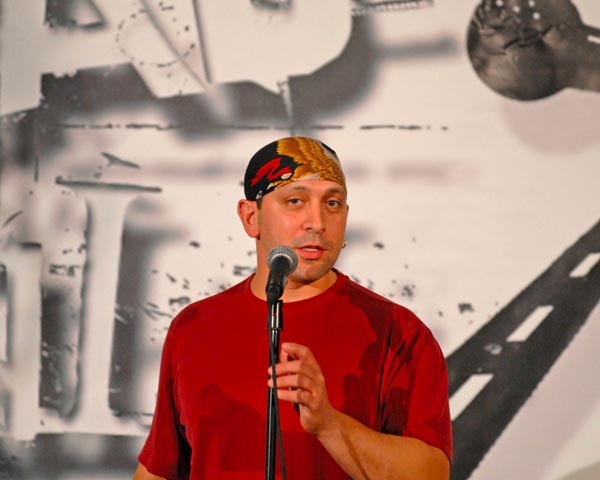