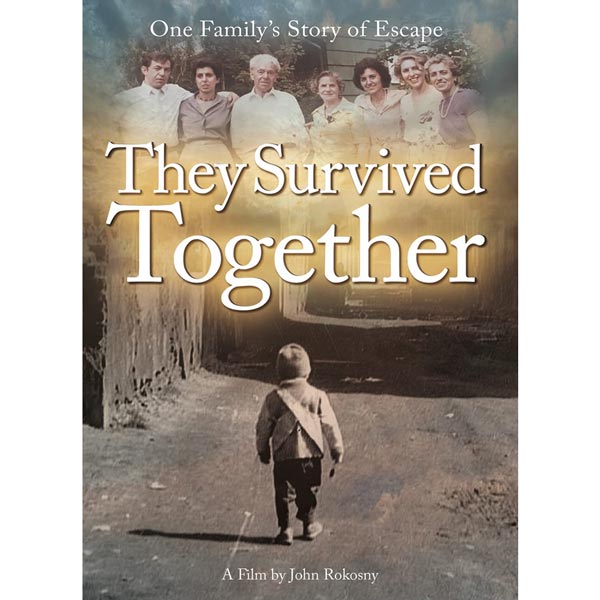 (TOMS RIVER, NJ) -- In honor of International Holocaust Remembrance Day, the Ocean County Library Toms River Branch will present the gripping documentary, They Survived Together on Wednesday, January 25. The screening begins at 6:30pm. After the screening, director John Rokosny and producer Andriette Redmann will engage viewers in a question-and-answer session.

The film chronicles the experiences of the Neiger family, which endured unimaginable hardships while trying to escape occupied Kraków and remain intact. The Neigers are believed to be one of the only families to escape and survive as a family.

John Rokosny and Andriette Redmann, both of Point Pleasant, received a New York Emmy for Best Historical Documentary in 2022. It is airing nationally on PBS. It is being marketed as a DVD, and can also be rented or bought as a download through Amazon Prime.

Together, they have produced fundraising films for charities, including Paul Simon’s Children’s Health Fund and Ronald McDonald House. They produced the soundtrack for They Survived Together, composed by Grammy winner Frank London of the Klezmatics.

Please register at www.theoceancountylibrary.org/events to attend this free program, sponsored by Friends of the Ocean County Library – Toms River. The Branch is at 101 Washington Street. For more information, call (732) 349-6200.