The Strand Center for the Arts presents PettyBreakers 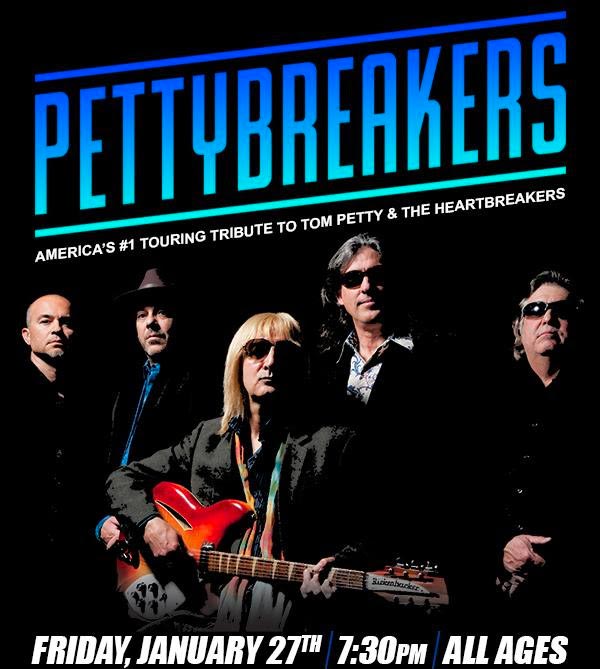 (LAKEWOOD, NJ) -- The Strand Center for the Arts presents PettyBreakers – Tribute to Tom Petty and the Heartbreakers on Friday, January 27, 2023 at 7:30pm. What started out in 2010 as a regional band is now the Nations’s #1 touring tribute to Tom Petty. Doors are at 6:30pm.

The PettyBreakers has played in 22 states and Washington D.C. ­with more being added constantly. Having performed at many cool clubs, theaters and festivals, one of the highlights so far was performing at the Naval Yard in Washington D.C. in 2018 for Major League Baseball’s Allstars Pregame Celebration. Another highlight was performing a four and half month residency in the Sammy Davis Showroom at Harrah’s Casino in Reno in 2017. And, yet another, was being selected in 2014 as “The World’s Greatest Tribute to Tom Petty” by AXS-TV. We performed a live show at the Whisky a Go Go in Hollywood to a capacity crowd, which was cablecast on AXS-TV.

Tickets range from $40 to $55 and are available for purchase online.

The Strand Center for the Arts is located at 400 Clifton Avenue in Lakewood, New Jersey. It is a Jersey Shore entertainment venue that offers a wide variety of live entertainment in New Jersey. Based in Lakewood, the venue features activities for senior citizens, theater camps for children and teens, and is well-known for its intimate Backstage Pass series which offers a unique, personal entertainment experience. The Strand has brought cultural arts to the Jersey Shore since its inception in 1922, and our theater has remained a staple for Jersey Shore entertainment. Nationally renowned acts including Milton Berle, Loudon Wainwright, George Burns, Don McLean, Louie CK, Taylor Swift, Charlie Daniels, George Carlin and many more have all taken the stage here. Learn more about THE STRAND and all that it has to offer.