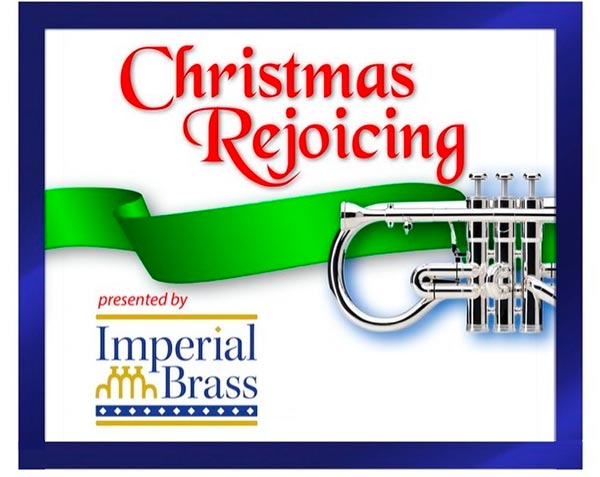 The first performance takes place at the Redeemer Lutheran Church (229 Cowperthwaite Place) in Westfield on Saturday, December 10, 2022. Showtime is 7:00pm. Tickets are $15 adults, $10 seniors, $5 children and students. Tickets for this performance are available for purchase online.

The second performance takes place at The Presbyterian Church (57 E Park Place) in Morristown on Saturday, December 17, 2022. Showtime is 7:30pm. Tickets are $20 adults, $15 seniors, $10 children and students. Tickets for this performance are available for purchase online.

Imperial Brass has been delighting audiences around New Jersey for over 30 years. Originally founded as the Rutgers Alumni Brass Band by alumni Steve Dillon and Jon Korsun with arranger Mark Freeh, the band gave its first concert in April of 1991. Since then, Imperial Brass has presented highly entertaining programs that include traditional brass band literature, classical arrangements, popular music and more.

Imperial Brass has performed at memorable venues across the state, including multiple appearances at the Great Auditorium in Ocean Grove, the Montclair Citadel, and the Monmouth County Public Library in Manalapan. The band also performed at the International Trumpet Guild conference held at Rowan University in 2006, as well as the New Jersey Music Educators Association Convention in 2013. Imperial Brass has worked under the baton of many fine conductors, including Patrick Burns, Brian Bowen, Thomas McCauley, Anthony LaGruth and currently Ron Waiksnoris, who has served as Music Director since 2016.