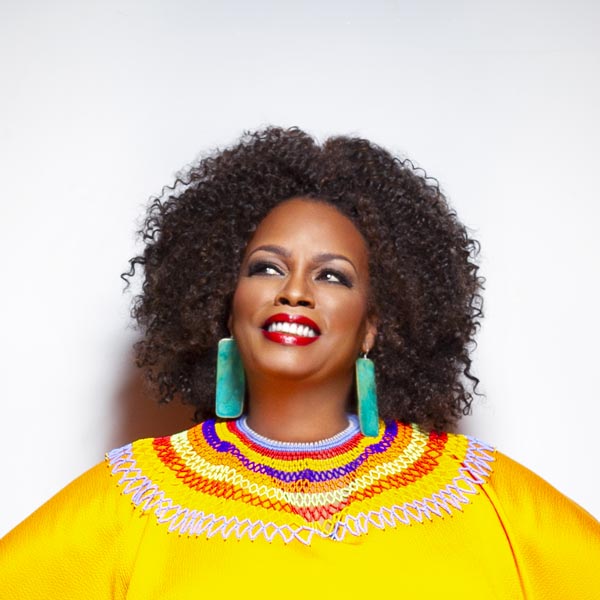 (HILLSIDE, NJ) -- Kean University invites the community to enjoy a free evening of music at the second annual Jazz & Roots Music Festival to be held at the University campus on Saturday, September 24. Fast becoming a tradition in Union County and beyond, the Jazz & Roots Music Festival, produced by Kean and internationally acclaimed bassist/producer Mike Griot, offers professional jazz, blues and reggae in a beautiful outdoor setting on The Lawn at Enlow Hall, on Kean’s East Campus in Hillside. Attendees are encouraged to bring lawn chairs, blankets and picnics, or settle in and enjoy the food trucks.

The Jazz & Roots headliner will be five-time Grammy Award-winning jazz vocalist Dianne Reeves, who will take the stage early at the event.

“For the second year in a row, we are bringing Kean’s students, employees, alumni and neighbors together for a celebration of jazz and blues in a free, family event,” said Kean President Lamont O. Repollet, Ed.D., who launched the festival last year. “Kean has established itself as a cultural force in the region, and we welcome all to join us at the Jazz & Roots Music Festival.”

Colleen Hawthorne, M.D., a nationally known wellness expert, physician and author, is a lead sponsor of the festival, which will include wellness programming for guests.

“I am honored to deliver the vision of Dr. Lamont Repollet as Kean University enters the national music festival arena. After an amazing debut event in 2021, we have packed even more entertainment and resources into what will be a truly unforgettable live music experience,” Griot said.

The Festival will include the following artists and groups (in order):

* Dianne Reeves The preeminent jazz vocalist in the world, five-time Grammy winner Dianne Reeves won the Grammy for Best Jazz Vocal Recording for three consecutive recordings — a first in any Grammy vocal category. Reeves has performed and recorded with Wynton Marsalis and the Lincoln Center Jazz Orchestra and appeared in, and won a Grammy for, the Academy Award-nominated George Clooney film, Good Night, and Good Luck. She has received honorary doctorates from Berklee and Juilliard, and in 2018, she was designated a Jazz Master — the highest honor the U.S. bestows on jazz artists.

* Blues People includes festival producer Griot on bass along with band mates Kelton Cooper (lead vocal/guitar), Victor Burks (vocals/keyboards) and Gene Lake (drums), and musically explores the effects of the blues on American culture on many different levels. The band, which has been compared to The Meters, Luther Allison, Keb’ Mo' and Earth Wind & Fire, has recently released their much-anticipated 2022 debut single The Skin I'm In.

* Judah Tribe with Josh David The struggle of the Children of the African diaspora is expressed through the music of the soul-reggae band. Their music highlights life as a modern Ethiopian through the teachings and example of Emperor Haile Selassie I of Ethiopia.