When was the last time you went to the Six Flags amusement park, or New York’s Coney Island? Or any amusement park anywhere? The last time you rode a roller coaster that whipped you up into the sky and back down again, your mouth wide open in a high-pitched scream, your hands and arms waving mightily in the air? All of your nerves tingling and jangling?

That’s what happened to six Canadian teenagers in Ride the Cyclone, a delightful, wondrous, scary new play that is playing at Princeton’s McCarter Theatre, where the rumble of the cyclone coaster and the rock music of the play caused the grand old theater to rumble, marvelously so.

Ride the Cyclone, with book, music and lyrics by Brooke Maxwell and Jacob Richmond, is a smart, nifty new musical, the kind that the McCarter promised when the Pandemic ended, an electric sign that the theater is still producing stellar plays.  It is a very different play, too, different than any I’ve ever seen at McCarter. The play is smartly directed by Sarah  Rasmussen, who seems to understand the outer limits of theater the writers are trying to reach and races there with them, hand in hand. 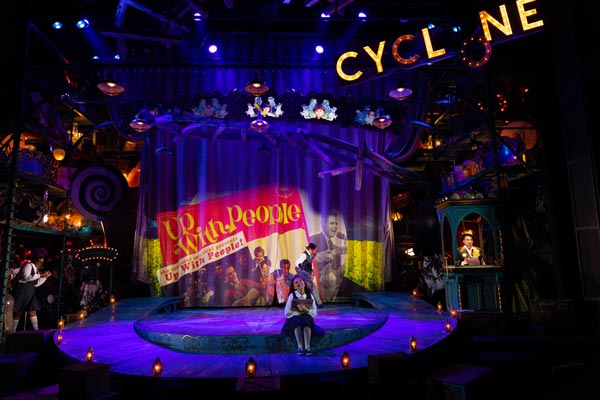 “It is a very, very unusual play,” she told me in an interview several months ago. “I hope people will like it.”

The plot of the musical is simple. The kids die in a roller coaster accident –  temporarily – and wind up in a sort of Amusement park purgatory, where they. meet a magician, Karnak (yes, modeled Johnny Carson’s Karnak). He is the Saint Peter of this loud, dizzy, rides and cotton candy purgatory. He tells the six teens that they have to sing and dance something that examines their lives. At the end of this competition they will all vote for one of them to return to earth while the others move on to the after life.

The “stories” that each  tells make up the “plot” of the musical.

The first “story” is by Ocean O’Connell Rosenberg (yes, that’s her name) a highly talented and ambitious student who never shuts up (you all remember her from whatever high school you attended). She prattles on and on about her short life and the life she expected. There is a boy who jumps in and out of a huge, theater size music video. He is a Ukrainian teen named Mischa Bachinski, singing passionately about his beloved, Talia, back home (the play was written before the Ukraine-Russian war and has nothing to do with the troubles in Ukraine).  There is a gay teen, Noel Gruber, an adorable “nicest girl in homeroom,’ Constance Blackwood, who can really belt out a tune.

At the very end of the play, we find mystery girl Jane Doe. Jane was one of the kids in the choir (or was she). She had been added to the amusement park field trip that morning, or was she?  She does a wonderful song in which she is flung up and down in the air over the stage, and even spun around a few times. You come to like her, even though you wonder who she really is. 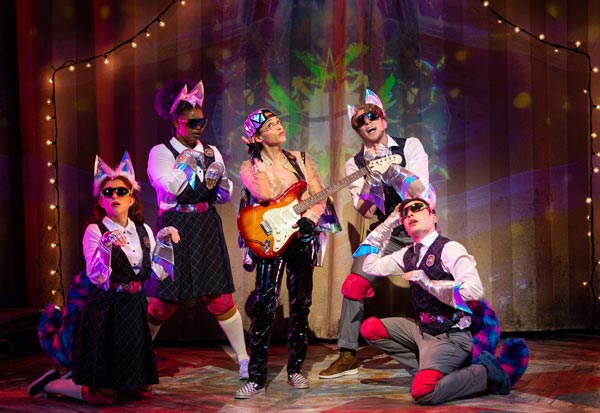 There is a lot of music in the play, usually pretty loud, bit it is rather standard stuff. Nothing magnificent on that end, although the songs help to move the story along and help develop the characters. The sets by Scott Davis are excellent. highlighted by a revolving stage. There is a spectacular old carnival booth where Karnak sits. It is as real as any stage carnival booth anyone could get. Davis’ sets, up in the rafters and on the edges of the stage, add to the his eye popping visual screens, such as that for dozens of larger than life cats.

To me, the best visual of all was the home movie of Mischa’s girlfriend in which the character dances into the side of the video and then come a part of it. After a few minutes of dancing with his girlfriend, Mischa leaves the video and reappears in front of it – to deafening applause from the audience.

The cast helps to make this production special. Jeffrey Binder as the Amazing Karnak is just sensational, even when he is face to face with the huge singing rat. Also impressive are yannick-robin eike as Ricky Potts,  Ashlyn Maddox as Jane Doe,  Nick Martinez as Noel Gruber, Eli Mayer as Mischa, Katerina  McCrimmon as Ocean and  Princess Sasha  Victome as Constance Blackwood. They are all good dancers as well as singers. Their choreographer, Jim Lichtscheidl, is superb. 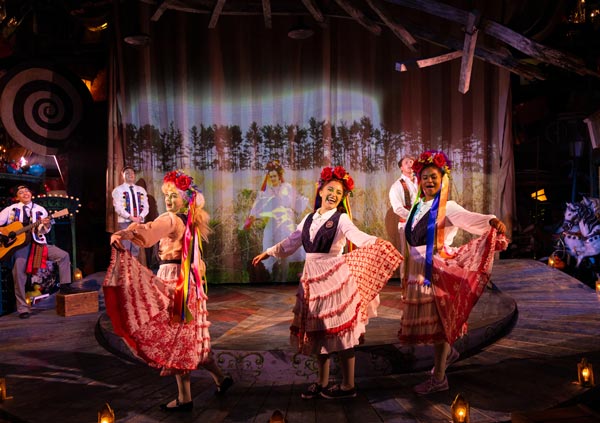 There are numerous themes in the play, some pretty blatant and some rather tricky, such as what do people do in purgatory? Is there a purgatory? Is it in a run down amusement park (oh, God!)?

All of the themes are strung together nicely by gifted director Rasmussen, who also does fine work in getting everything out of each character and making each distinct.

So, if you ever do go to a theme park this summer, ride the bumper cars, see the haunted house but do not, not, not go on the roller coaster!

Ride the Cyclone runs until May 29th at McCarter Theatre.  Click here for ticket information. 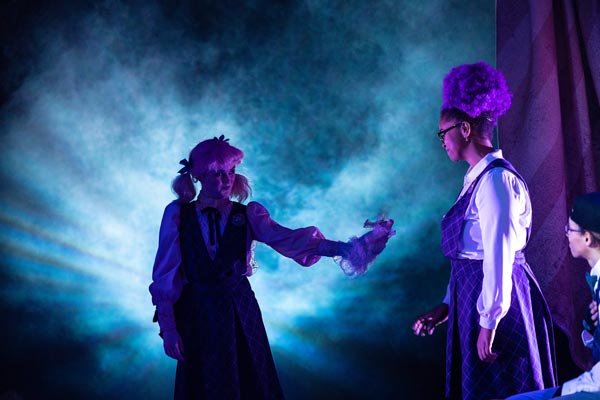