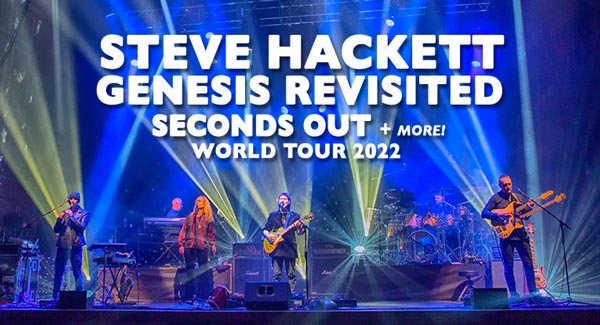 (NEW BRUNSWICK, NJ) -- State Theatre presents Steve Hackett: Genesis Revisited, Seconds Out, & more on Tuesday, December 6, 2022 at 8:00pm. Hackett, an immensely talented and innovative rock musician, was lead guitarist with the group Genesis. As part of that group, Hackett produced acclaimed albums such as Selling England by the Pound (a favorite of John Lennon).

Tickets will be available for sale starting May 13 at 11:00am.  For tickets, more information, or group discounts, call State Theatre Guest Services at 732-246-SHOW (7469) or visit online at STNJ.org. State Theatre Guest Services, located at 15 Livingston Ave, New Brunswick NJ, is open by phone and email only, Tuesday through Friday from 11am to 5pm. For in-person purchases, Guest Services is open Tuesday through Friday from 12:00pm to 4:30pm. Additional ticket and transaction fees may apply.