Center Players of Freehold Presents "Crimes of the Heart" 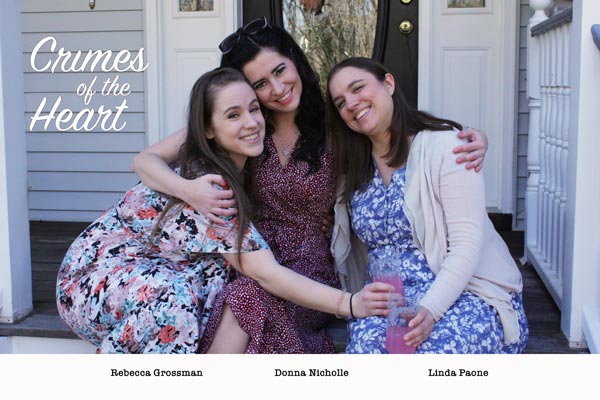 (FREEHOLD, NJ) -- Center Players continues its return to live theater with a production of Beth Henley’s 1981 Pulitzer Prize-winning Crimes of the Heart. Directed by award-winning filmmaker and playwright Anthony Marinelli of Manalapan, the production will run from May 6th - 22nd at Center Playhouse (35 South Street) in Freehold. The tragicomedy tells the story of the three Magrath sisters (Lenny, Meg, and Babe) in Hazlehurst, MS (circa 1974) who reunite at their grandfather’s home as he convalesces in the hospital while the youngest sister, Babe, awaits trial for shooting her husband.

“This is a play about how family overcomes adversity,” explains Marinelli. “It’s about how we endure those hard times that seem impossible to get through without the love we share with those who are closest to us. Even though we may have our differences, or we might not see each other often, we share a common bond, and it’s through that bond that we gain our strength. That’s what I love about the play. It shows how, as a unit, the Magrath sisters form one heart and that heart cannot be broken.”

Performances are Fridays and Saturdays at 8pm and Sundays at 2pm. Tickets are priced from $25-28 and are available online at www.centerplayers.org or by calling 732-462-9093.

Over the past 15 years, Marinelli has written and directed for both stage and screen and his work has been recognized with numerous awards. His short film, Acoustic Space, about how technology has changed the way we communicate, won Best Original Screenplay at the Richmond International Film Festival in 2016, as well as Best Short Film at the Ridgewood Guild International Film Festival in 2018. Acoustic Space and Marital Arts both appeared in the Cannes Film Festival, and Finding Sandler, a documentary feature he spent several years writing, producing and editing with director, David Seth Cohen, recently had its world premiere at the Garden State Film Festival, which just celebrated its 20th anniversary.

Crimes of the Heart is the sixth production he’s directed for Center Players, including most recently Prelude to a Kiss which was performed outdoors at Lake Topanemus Park last July and featured Donna Nicholle and Linda Paone in the cast. “They had a sister-like connection,” said Marinelli, “and I thought they were naturals to play sisters in ‘Crimes of the Heart.’ That’s how this production began.” 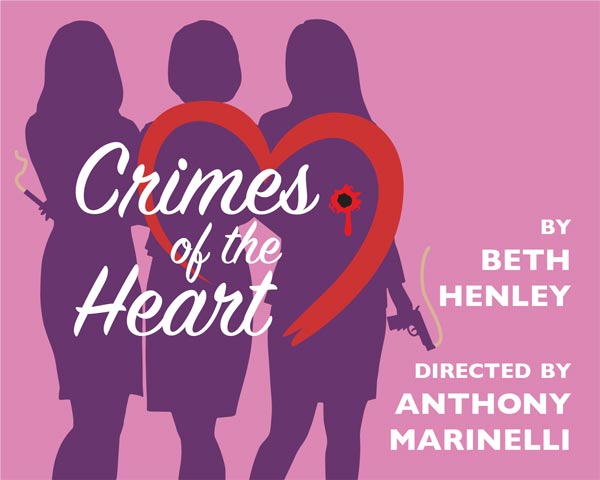