Who Says Live Music Is Dead? We Just Had A Great Atmosphere At The Saint
NEWS | FEATURES | PREVIEWS | EVENTS
By Gary Wien 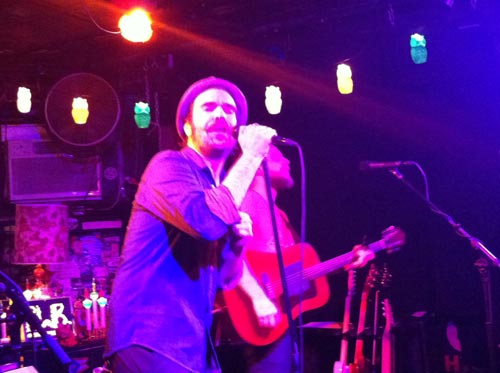 (ASBURY PARK, NJ - FEBRUARY 18, 2012) -- There's something about a packed rock and roll club that just makes the beer taste better, the music sound spectactular, and the vibe feel right for a Saturday night. The Saint in Asbury Park had that kind of atmosphere on February 18th for a stellar bill featuring James Arlowe and the Ruffian Circus, Rick Barry and the New Rick Barrys, and the headliner, Red Wanting Blue, from Columbus, Ohio.

Arlowe's band, from Freehold, started the night off with an electrifying set of rock and roll with a gritty attitude. Very cool stuff. They reminded me of the scene in the sequel to Eddie and the Cruisers where the festival promoter says, "you're too good to be just the opening act, but I'm gonna do it anyway." Arlowe and his crew will certainly be headlining sometime soon. Catch them if you can. They literally fed off the energy of the crowd and quickly became one of the best opening acts I've seen in quite a while.

Rick Barry and his ever-changing cast of characters otherwise known as the New Rick Barry's took the stage next. Donning a bow-tie, Rick ran through a set of tunes from throughout his career including one of my favorites from his early days ("Vixen") and a wonderful cover of "There Is A Light (That Never Goes Out)" by The Smiths. Rick was really on his game tonight with passionate singing and his trademark wit -- "ok, i'd just like a moment of silence for the dearly departed Whitney Houston... If you're talking now it means you hate Whitney Houston" before playing "A Necessary Sonnet."

Closing out the night was Red Wanting Blue in support of their recent release "From The Vanishing Point." The band has been playing the Saint since 2004 and has seen a larger crowd for their shows almost every time. For those of us who remember seeing the band perform in front of a half dozen folks or so, it's a good feeling to not only see them get the chance to play in front of a packed house at the Saint but a crowd who largely knew the words to every song -- including those on the latest album.

Starting out with "Stay On The Bright Side" (a song that has a very good chance of being a single down the road) they would go to perform the majority of songs on the new album including "Playlist", "Walking Shoes", "Hope On A Rope", "Pour It Out" "Audition", "Love Remains", "My Name Is Death" (a personal favorite of mine), and the current single - "White Snow". In between, the band did a wonderful job of blending the old with the new by including some of their most popular tunes from the years as well. Older tunes included "Where You Wanna Go", "Spies And Lovers", "You Are My Las Vegas", "Air I Breathe", "Finger In The Air", and "Your Alibi".

For years, I have been saying that Red Wanting Blue is my favorite touring act. I wondered how moving from being 100% indie to a label act would change the band, truth is its actually made them better. The new disc is arguably their best and the live show is about as good as anyone in the business. The best shows are the ones you wish would never end, this was one of them. Keep your eye out for the next time they return to town, I know I will. I always do... 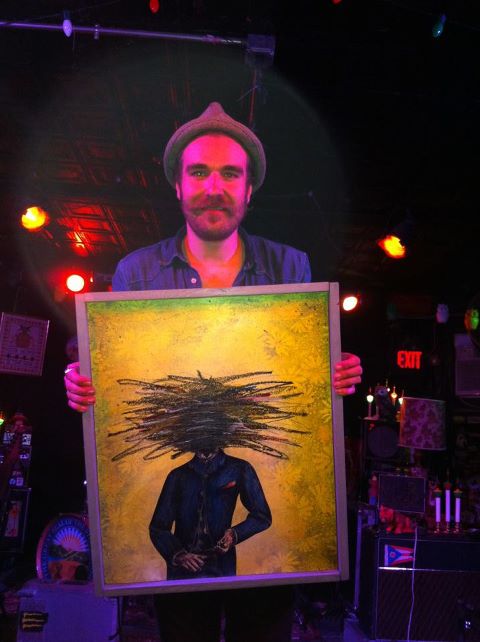