﻿ “We Loved Every Minute of It!” Yesterday, The Beatles Tribute from Las Vegas LIVE! at Toms River’s Grunin Center ﻿
﻿
×
﻿

“We Loved Every Minute of It!” Yesterday, The Beatles Tribute from Las Vegas LIVE! at Toms River’s Grunin Center
NEWS | FEATURES | PREVIEWS | EVENTS
﻿
By Spotlight Central, Photos by Love Imagery The stage at The Grunin Center for the Arts on Saturday May 13, 2017 is set with 1960's-era instruments, amplifiers, and mikes.

The cozy auditorium — located on the campus of Toms River, NJ’s Ocean County College — is filled with music enthusiasts waiting for the cast of Yesterday, The Beatles Tribute from Las Vegas to take the stage.

Widely regarded as the most influential artists of the rock era, The Beatles — John Lennon, Paul McCartney, George Harrison, and Ringo Starr — are the best-selling band in history and the all-time best-selling music artists in the United States. They hold the record for the most #1 hits on the Billboard Hot 100 chart, and have received ten Grammy Awards and an Academy Award. They have also been inducted into the Rock and Roll Hall of Fame both as a group and as individual musicians.

Dressed in colorful costumes, “The Beatles” — “John,” “Paul,” “George,” and “Ringo” — walk out from behind the Grunin Center auditorium curtain and take their designated spots behind their instruments.

The “Fab Four” opens their Beatles tribute show with an energetic version of “Sgt. Pepper’s Lonely Heats Band,” the guys getting into the spirit early on, clearly having fun playing a song The Beatles recorded exactly a half-century ago. As the audience applauds, “John” hams it up for both the crowd and his mates, encouraging the audience to cheer even louder!

Segueing into another 50-year-old Beatles’ tune, “With A Little Help from My Friends,” “Ringo,” on drums, takes over the lead vocal while “George” helps out playing his vintage Rickenbacker electric guitar. Seeing so many smiles in the crowd, “John” says, “Peace and love to everyone,” in his thick Liverpudlian accent.

Announcing, “This next song started the whole peace and love movement,” John flashes two fingers in the form a peace sign and wryly winks at the crowd before taking the lead on The Beatles’ 1967 Top Ten hit, “Strawberry Fields Forever.”

“Paul” follows this classic Beatles’ tune up with a number that was on the flip-side of the “Strawberry Fields Forever” 45rpm single, the group’s 1967 #1 smash, “Penny Lane.” After which, he tells the crowd, “John’s son inspired him to write this next song about his friend, Lucy.”

Here, the boys launch into a lively rendition of “Lucy in the Sky with Diamonds.”

The crowd applauds and “Paul” explains how The Beatles created a movie while traveling on a bus, “filming nonsense” to come up with their next tune, the title track from their 1967 album, Magical Mystery Tour.

Following a sprightly rendition of “Magical Mystery Tour,” the audience claps along as “George” is featured on a rockin’ version of 1966’s “Taxman,” from Revolver. Audience members’ heads bop in time to the rhythm while they move in their seats to the music. “John” tells the crowd, “This next song is our #1 masterpiece. I wrote the beginning and the end and Paul wrote the middle.”

Upon hearing the opening chords of this classic track from the Sgt. Pepper’s Lonely Hearts Club Band album, several members of the audience applaud as the quartet plays “A Day in the Life.” People “whoop” as “John” transfers the lead over to “Paul” and then, as they continue, some in the crowd even act out the lyrics with hand motions. All take a well-deserved bow on the song’s famous rubato ending chord.

The driving beat of “I Am the Walrus” provokes audience members to bop their heads rhythmically and join in singing on the “whooo” lyric as the four “lads from Liverpool” perform this classic 1967 psychedelic rocker.

“That’s not an easy one to play!” exclaims “John,” as “Paul” takes over the microphone to introduce the next number.

Revealing, “This is one of my favorite Beatles’ tracks,” the guys go on to perform a spirited version of the 1966 Revolver cut, “Got to Get You into My Life.” When Paul says, “Everybody sing!” the crowd happily obliges, clapping along with the music and tapping their toes to the soulful sound.

The band concludes Act I of their performance with a bouncy reprise of “Sgt. Pepper’s Lonely Hearts Club Band.” At the conclusion of the number, the audience hoots and hollers and John again flashes his peace sign saying, “Thank you, New Jersey!”

Act II commences with the band — now in different costumes — playing their 1969 #1 hit, “Come Together,” an artistic rendering of the iconic Abbey Road LP cover projected on the screen behind them.

As they perform, “John” exclaims, “New Jersey — simultaneously come together!” to which one excited audience member shouts out, “Right now!” After a rousing round of applause, “George” takes over as lead vocalist on another cut from The Beatles’ Abbey Road album as the group plays a lovely version of “Here Comes the Sun.”

“Paul” moves over to the keyboard and handles the lead on The Beatles’ 1968 #1 hit, “Hey Jude.” Audience members clap along while several women can be seen dancing in the aisles.

Inviting the crowd to sing along, “Paul” says, “Just the girls now — you sound like angels!”

After inquiring, “Lads, can you do better?,” he commands, “Everybody sing now!” as the crowd cheers and whistles.

Following their wistful rendition of 1965’s “In My Life,” “Paul” introduces what he calls his “favorite cartoon song for all the kiddies here — or for the kid in all of us” — 1966’s “Yellow Submarine.”

The audience joyfully sings and claps along, after which the group moves into a more serious song — their thoughtful rendition of “Something,” from 1969’s Abbey Road, featuring “George” on vocals and lead guitar. When the audience happily replies in the affirmative, the quartet plays a rollicking version of The Beatles’ 1969 #1 hit, “Get Back.” The crowd taps their toes and serenades along as “Paul” sings lead and accompanies himself on his left-handed Hofner bass. Moving on to one of the highlights of the evening — a performance of a lesser known song from early on in The Beatles’ career which they later recorded for their 1970 Let it Be album — the group does an outstanding rendition of “One After 909.” Performing with gusto, the boys sing, “Move over once, move over twice/Come on baby don’t be cold as ice./Said she’s trav’ling on the one after 909,” as audience members tap their toes and dance about in their seats.

The guys keep the energy flowing with an up-tempo version of a tune from the group’s 1968 LP, The Beatles — aka “The White Album” — “Birthday,” Ringo rockin’ out on the drums. As audience members dance in the aisles, the group rocks it to the rafters with another “White Album” number — “Back in the USSR” — their Beach Boys-like background vocals up in the stratosphere.

“You didn’t think I could sing that high!” exclaims “John” smiling.

At this point, all of the Yesterday, The Beatles Tribute from Las Vegas cast members introduce each another — Tony Felicetta as “Ringo,” Monte Mann as “George,” Rich Fazzi as “Paul,” and Don Bellezzo as “John.”

To conclude the evening’s performance, the boys perform a dynamic rendition of The Beatles’ 1968 tune, “Revolution” and follow that up with two great encore numbers — 1963’s “Twist and Shout” and 1964’s #1 chart-topper, “Can’t Buy Me Love,” leaving the Grunin Center crowd cheering on its feet!

As the crowd makes its way out of the theater and into the lobby, we take a moment to chat with Yesterday cast member Don Bellezzo who, as “John,” reminds us, “We do all of the songs in the original keys — and some of them are pretty high!”

Indicating the group formed in Las Vegas but now travels extensively in the U.S. and abroad, Bellezzo goes on to reveal, “We’ve played in Japan seven times and found the people there — as well as the world over — love The Beatles’ music.”

Discussing their appearance here in the Garden State, however, Belezzo states, “We’ve played off and on here in New Jersey for over twenty years —and at this specific venue, in fact, since the 1990s! The people here are really nice, so we love New Jersey!”

And just what do New Jerseyans themselves have to say about Yesterday, The Beatles Tribute from Las Vegas?

Given that this year — 2017 — is the 50th anniversary of the release of The Beatles’ Sgt. Pepper’s Lonely Hearts Club Band album, Mark from Toms River says, “It’s hard to believe Sgt. Pepper is 50 years old! These guys really brought me back to my childhood — it was almost emotional. Some bands reinvent themselves, but The Beatles reinvented music and the world.”

His wife, Joanne agrees, adding, “It was a great night; the crowd was really into it!”

Karen from Howell states, “The show was awesome. I love live concerts — especially those that feature songs by The Beatles. Their voices were right on! It was real. They did all the hits, but I was especially happy to hear ‘Penny Lane.’”

Karen’s friend Jackie from Toms River agrees, stating, “They were wonderful! Musically, they were right on point. They also brought back a lot of good memories, especially when they played ‘Yellow Submarine.’” Likewise, Roz from Toms River discloses, “I just love whoever sings The Beatles’ music. I had a really good time.”

“This show brought back a lot of good memories for me,” continues Roz, “especially from 1964 — when I got to see The Beatles live at Convention Hall in Atlantic City with my best friend and her family.”

Taking a moment to think back to this golden memory from over a half-century ago, Roz smiles and adds, “There may have been a lot of screaming back then — but it was a really good memory.”

Next we meet Eva, age 10, from Toms River, who is here with her family and her friend, Tori.

Revealing, “I recently went to the planetarium here at Ocean County College for my birthday where they had a Beatles light show,” Eva tells us she was happy when her parents surprised her with tickets to tonight’s performance.

Eva enjoyed the concert exclaiming, “I can’t choose a favorite song,” to which her friend, Tori, agrees, stating, “I liked them all, too!”

Tori especially enjoyed the fact that the cast members “were all in character,” making it easy for her to “tell who they all were.”

Eva — whose dad happens to be a drummer — chimes in again noting, “And their drummer was really good!”

Getting a chance to chat with Eva’s father, Doug, he acknowledges, “It’s been a blessing to be able to introduce The Beatles to my daughter and her friends. The Beatles were so influential in terms of popular music you really wouldn’t have all the artists you have today without them.”

And Doug’s wife, Robin, nods and agrees, concluding, “This show was just fantastic. We loved every minute of it!”

To learn more about Yesterday, The Beatles Tribute from Las Vegas, please go to www.yesterdaybeatlestribute.com. For further information about upcoming performances as The Grunin Center — including American Idol’s JAX Live in Concert on June 2 and Swingadelic Presents a Centennial Tribute to Ella Fitzgerald on July 25 — please go to www.grunincenter.org. 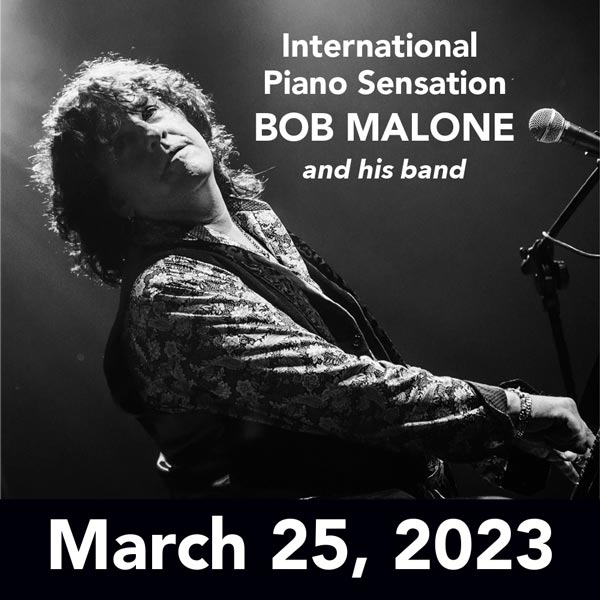 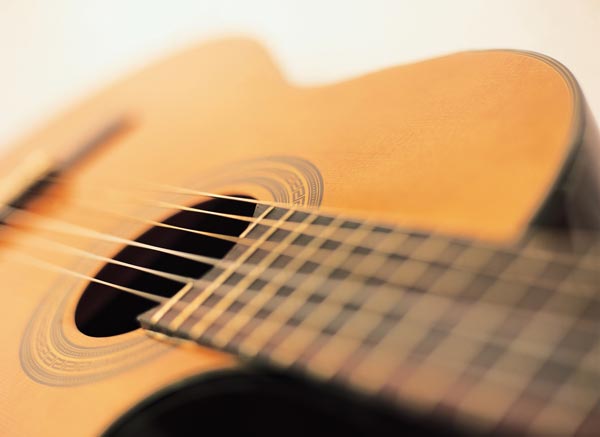