"Ways To Look At The Moon" Runs Kickstarter Campaign

Ways to Look at the Moon, an upcoming short film, is a collaboration between Philadelphia and New Jersey film, theatre, and sculpture artists. The film's Kickstarter page is projected to raise over $10,000 in donations to support the film. It has been selected as a "Project of Earth" campaign because of the way the film shows a collective portrait of the world today.

Ways to Look at the Moon is a short film about people who see the world in different ways and their desire to connect. The story follows Margot (Amy Frear), an artist who thinks about the world in terms of color, as she navigates a strained relationship with an astronomer. 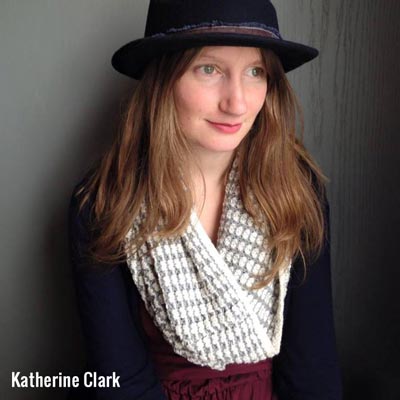 The film is adapted to screen from a short story by writer-director Katherine Clark, who is also the co-founder of Trenton-based PopUp Anthology series.The cast and crew will feature artists who work in a range of mediums. Many of the scenes show the relationship between the characters through design and look instead of dialogue.

"It's a short that explores the conflict of two people who see the world in different ways," says Frear, whose previous film work includes Selkie and Another Time. "And by doing so, it will push visual boundaries."

That's where Production Designer Emily Johnson comes in. Johnson is a local theatre and installation artist. As the production designer, she will be in charge of the look of the film.

For her, this means she will create an entirely new installation piece that simulates outer space for one of the scenes.

"My installation work has a lot to do with creating spaces within spaces, presenting dimensions at odds with each other, proposing new visual and metaphorical perspectives. For this project there's a lot of talk about space, and fitting outer space into rooms and houses. That kind of play with perspective and size is something that I'll carry into the production in a big way," Johnson says. 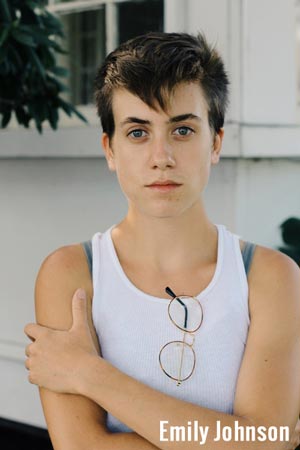 "You get to put yourself, and a character, into a place that seems impossible," she says.

Joining the film as Director of Photography is Anthony Berenato Jr., who will capture the worlds of the characters on camera.

To learn more and support Ways to Look at the Moon, visit its Kickstarter page.

About the Cast and Crew:

Katherine Clark - Writer & Director - Katherine Clark is a writer and director. Her previous short film, Beta Persei, has screened at festivals across the country. It received the Directorial Discovery Award at the Academy-Qualifying Rhode Island International Film Festival, and was nominated for Best Short Film at Toronto's Female Eye Film Festival. She is the co-founder of PopUp Anthology, a traveling screening series based in Trenton, NJ that promotes local filmmakers throughout the region. From 2016-2017, she was selected and participated in Creative Lab Hawaii's Writers Immersive Lab to develop a feature-length screenplay, Pololia. She holds her MFA from Columbia College Chicago and her BA from UNC Asheville.

Emily Johnson - Production Designer - Emily Johnson is a Philly based visual and performing artist who specializes in wire sculpture, installation art, and devised theatre. She is the creator/curator of a multimedia, experiential installation art series titled, “Yours and Everyone’s." She has most recently production designed for The Painted Bride Art Center, Obvious Agency, and The Humm'n'bards Theater Troupe. She holds a BA in Theatre from Temple University.

Amy Frear - Producer & Lead - Amy Frear's work explores subtle science fiction and fantasy through journey, connection, getting lost, time travel, and the occasional historic figure or marine mammal. Her films include Another Time and Selkie have been screened at the Philadelphia Film Society, Trenton Film Festival, Garden State Film Festival, among many others. As a Theatre Artist, she has worked with Found Theater Company, Theatre Exile, and has upcoming productions with New Paradise Laboratories and Inis Nua. Amy Frear holds her MFA from the University of Washington. 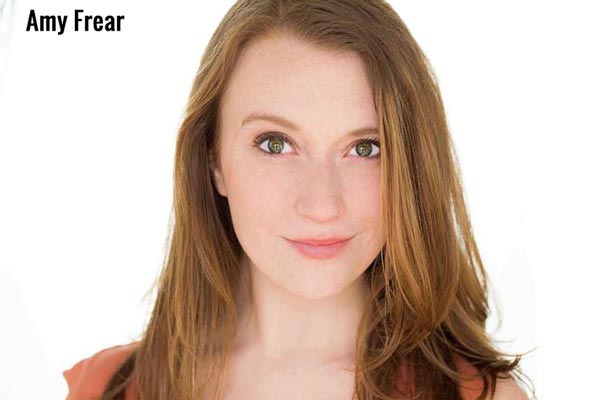