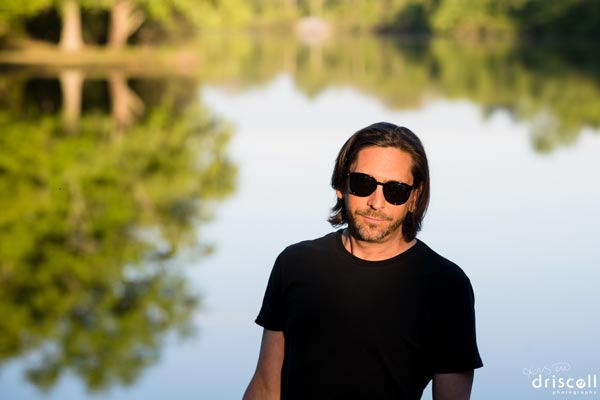 “Undertow is this damage that we all have in our lives that tries to pull us under and drown us,” explains Tom Kanach, a veteran of the Jersey Shore music scene with popular 80s/90s bands Mischief and Wells of Souls.  The Monmouth County native recently released his first recording of new music in more than two decades with the absolutely brilliant, Undertow.

The record is an incredibly ambitious piece of work that contains 30 songs that tell the story of a day in the life of the protagonist.  It’s a day filled with pain, hopes and dreams, loss and regret.  The songs evoke memories of British Invasion bands and The Connells, a wonderful band from the 80s, while featuring tight songwriting reminiscent of songwriters like Buddy Holly who could tell entire stories in songs under three minutes.

“When I was writing this I was feeling lost from who I’d originally thought I was going to be to who I was,” recalled Kanach.  “This is me looking back on my life and seeing this whole spectrum of everything that happened and wondering what do I do with it? The 30 songs tell a piece of that story, but they’re all like mosaic tiles in a larger framework.  I think that in everybody’s different way, we all have this illusion of what it’s going to be and the reality of what it is.”

Kanach’s vision for the work doesn’t end with the album, it actually begins there.  His ultimate goal is an elaborate, multimedia piece.  He is currently writing out the plan for an experimental film, which further adds to the story.  He envisions a stand alone film, but one that also has the live band performing the songs while the video plays on multiple screens behind the band.  As you listen to the record, it’s easy to imagine the concept. Kanach has several movie scenes already planned out in detail; some which stem from actual incidents in his past.  He’s faced many demons in his life and Undertow underscores the battles he has waged to make sure history doesn’t repeat.

Ironically, if it wasn’t for The Whirling Dervishes, this ambitious project may never have seen the light of day.  Kanach wrote the music for the album between 1999 and 2002.  He then recorded demos of the songs entirely by himself, but put it aside as his marriage began falling apart.

As he started the next phase of his life, he began meeting new people.  Some were curious about his music and asked to hear Undertow.  People loved it, so Kanach decided to see what his friend Don Dazzo (lead singer of The Whirling Dervishes) would think of it.  Dazzo was impressed by the record and told him to take it to Billy Siegel (keyboardist for the Whirling Dervishes and a record producer).  Siegel’s schedule was booked for the next six months, but he told Kanach to drop off a copy of the record and he would check it out.

“The next day Billy called me and said, ‘I listened to that on the ride home.  I’m going to change some things around.  Let’s start next week!’ It then took us three years to record it.”

One of the most important decisions made was to record the album in sequence.  The end result is that the record actually gets better as it goes along because the band got tighter and more creative.

“By the end, it’s very different than the beginning,” explained Kanach.  “It feels like a journey because it was.  It came out of my head finally the way I thought it would. Because of the involvement of these other guys and what they contributed, it was better than I imagined it.”

Kanach describes the album’s concept as beginning with “Rise” and a flashback of the person’s life into “Shine” which is the alarm clock going off and the person waking up in his own private hell again.  The person has to decide whether they’re going to overcome their damage or not.  It’s not clear if the person is in purgatory, in a coma, or might be simply dreaming; but the person is stuck having to face all of the things that have happened to them every day.  They look at how they were impacted and figure out by the end of the day whether they can live with that and let things go.

It’s almost like the movie Groundhog Day, but with pain. 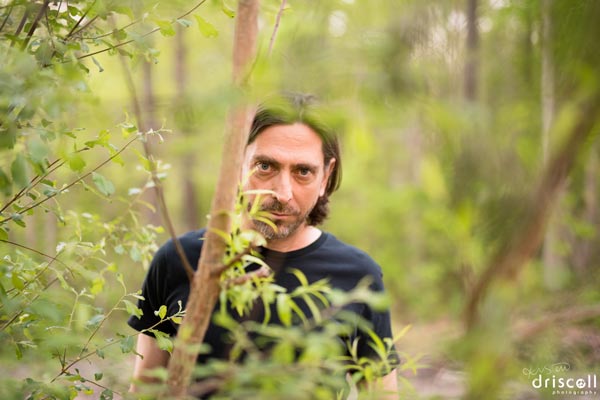 “During the time we were recording Undertow, it felt glorious; it was beautiful, almost like a release,” he continued.  “Letting those emotions flow through you felt so good.  It was cathartic for me.”

The symbolic use of water is perfect for a Jersey Shore artist.  Kanach uses water to symbolize light and dark; and the push and pull of life and its problems.  He imagines the video having scenes traveling through water with the bottom of the screen showing underneath the water and the top of the screen showing above the water.  Of course, there’s a myriad of symbols that can be raised from water’s use to cleanse as well as its purity.  But mostly, from a Jersey Shore perspective, I think of it as water is all around us, just as the protagonist has pain all around him.

The more you listen to the songs, the more you get engrossed in the protagonist’s world.  But the songs do work as stand-alone stories as well.  That’s part of the beauty of the record.  It’s a pop masterpiece.  A Jersey masterpiece.