The WBGO Story: Bright Moments from Newark to the World

“It was just something that was meant to be,” said Dorthaan Kirk, who is known as Newark’s First Lady of Jazz.

The documentary kicks off the Spring 2021 edition of the New Jersey Film Festival with a screening on Saturday, January 30.  The film festival is being presented virtually due to the pandemic with films being screened weekends from January 30 through February 21. 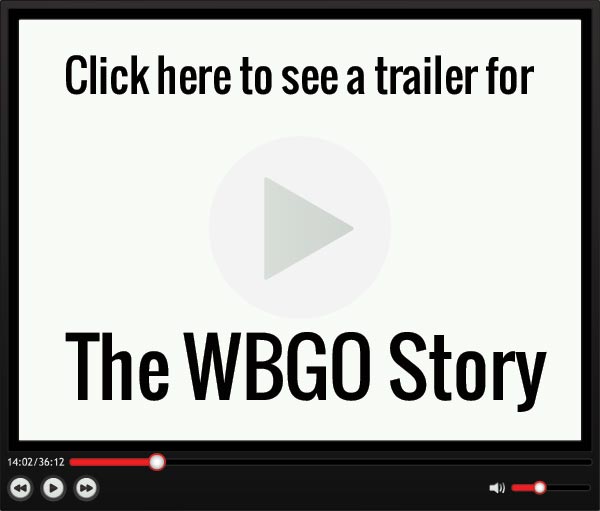 “The WBGO Story” was a true passion project for the New Jersey native filmmaker.  He was inspired to tell the station’s history after seeing a call for stories by the New Jersey Historical Commission.  They were looking for stories about things that started in New Jersey and grew larger than the state.

“I’ve been a jazz listener since the age of 12, so this was perfect,” said Chris Daniel.  “I love documentaries and it was cool to be documenting something on the history of jazz, which I think is under appreciated.  I’m happy to help get more people to listen to jazz.”

WBGO’s radio signal was originally broadcast out of a local high school.  The station’s founder, Bob Ottenhoff, saw its potential and led a movement with a group of urban leaders looking to bring something positive to Newark.  They persuaded the Newark Public School System board to transfer their underutilized radio license to the group.  An abandoned building was purchased where they started broadcasting 18 hours of jazz a day in the shadow of WRVR, a commercial jazz station in New York City. One year later, WRVR changed its format to country and western, creating an opening for WBGO – and they took it.

“No one would have guessed that WRVR would go off the air and turn to country and western,” recalled Dorthaan Kirk.  “When they went off the air, WBGO got discovered by people that didn’t even know we existed.  Bob Ottenhoff decided that day to have the station broadcast 24 hours.  We did it even though he didn’t know how he was going to pay for another announcer to cover the extra shift.  Not to mention the other financial responsibilities that came with us increasing the hours, but the rest is history.” 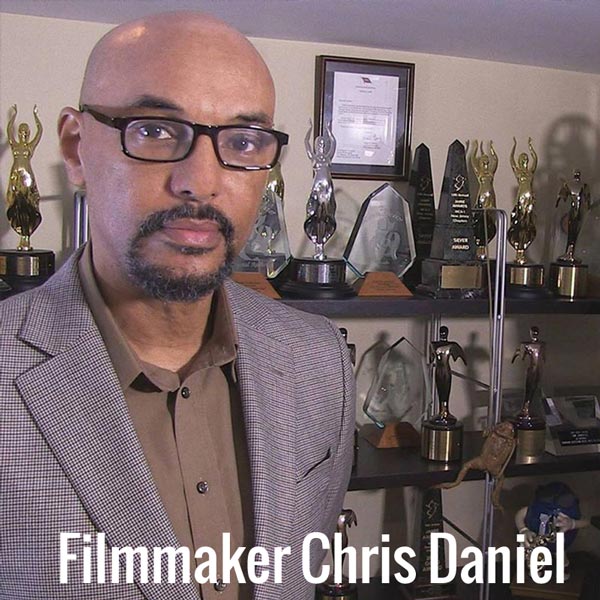 Daniel was one of the WRVR listeners who immediately started listening to WBGO.  From September 2018 to December 2020, the filmmaker interviewed many of the people who helped launch the station, including its founder, Ottenhoff.  Daniel was not aware of the station’s history before starting this project, but he knew Sheila Anderson, a WBGO DJ who steered him to Dorthaan.

Dorthaan was the widow of Rahsaan Roland Kirk, a multi-instrumentalist who performed with Charles Mingus, led his own bands, and recorded with Quincy Jones.  Her knowledge of the music industry (she knew artists, record labels, producers, etc.) led her to be among the first people hired at the radio station. She would go on to produce the station’s children’s concerts for 25 years and serve as the curator for their art gallery.  Dorthaan’s importance to the jazz world was shown when she was named one of the 2020 National Endowment of the Arts Jazz Masters.  Needless to say, Dorthaan gave instant credibility to the new radio station.  She would do the same for Daniel’s documentary.

Another person instrumental to the film was Bill May, a Newark native who was an amateur photographer when the radio station began.  He would go on to be at nearly every event held by the station – including their 24-hour long jazzathon fundraisers – and took photographs at each. His photos are shown throughout the documentary. 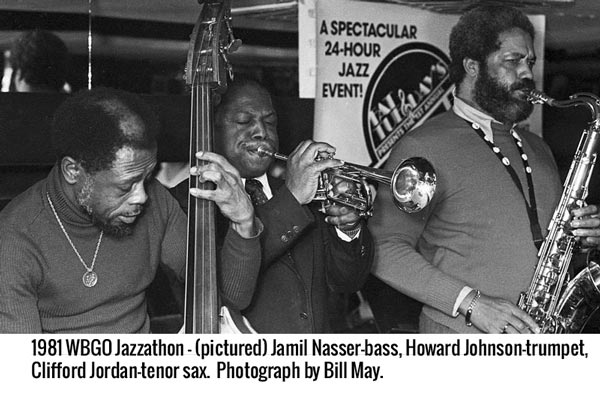 The film also showcases the work of Don Braden, an award-winning composer, arranger, educator, producer, and engineer.  Braden created the soundtrack to the film.

There are many wonderful angles to “The WBGO Story.”  The radio station helped Newark return to being an important city for jazz.  In addition to being full of jazz clubs for decades, the city was home to such artists as Sarah Vaughan, James Moody, Wayne Shorter, Woody Shaw, and the legendary jazz label, Savoy Records. New Jersey Performing Arts Center pays tribute to the city’s jazz heritage each year with events such as the TD James Moody Jazz Festival, the Sarah Vaughan International Jazz Vocal Competition, and shows hosted by Kirk.

WBGO provided Newark and its residents with something to be proud of.  Just over a decade before the launch of the station, the city was one of many in America to face riots due to racial tension.  From July 12-17, 1967, the Newark riots caused millions of dollars in property damage, injured hundreds, and left 26 people dead.  More importantly, it left a stain on the city with areas in ruins and increased racial tension, with residents and businesses fleeing the city.  WBGO showed that the city was not dead and that good things could still flourish there.

And there were the people involved in the station — the angle that appealed to Daniel.

“I wanted to show two things,” explained Daniel, “that it was a diverse group of regular people and that they did it for the music and not the money. Bob Ottenhoff picked an all-star team of people who hung out together, worked crazy hours, and did whatever was needed to promote the station – all for the love of the music.  They probably could have made more money if they played pop music, but they did it for the love of jazz and people listened to them.” 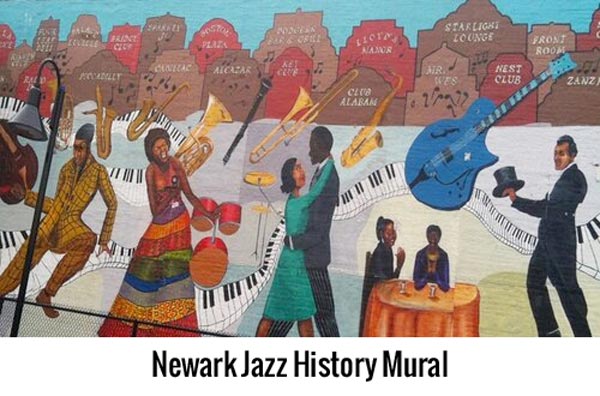 Al Nigrin is the Executive Director, Rutgers Film Co-op/ New Jersey Media Arts Center, Inc., which presents the New Jersey Film Festival.  When asked why this documentary was chosen as the festival’s opening night film, he said, “The WBGO story ticked all the boxes!  It really is a very insightful and well-done film. It features a legendary and venerable New Jersey Institution that doesn't get enough attention. And it was made by a New Jersey-based filmmaker.  There are so many talented individuals making art in our state.  We need to make sure people are aware of them. We also need to make sure they and the many institutions bringing great art and music to our state are assisted!”

“I have always listened to WBGO as I love jazz and I learned a lot about the radio station by watching Chris Daniel's documentary,” continued Nigrin. “I was really happy when our panel of judges selected it!”

Nigrin was worried about how a virtual film festival would do when the pandemic forced them to go that route last fall, but he wound up being pleasantly surprised.  He says attendance was close to what they would have expected if the festival was held in-person and any losses from local attendees were made up by screenings purchased by people around the world.  He anticipates that will be the case again this year. 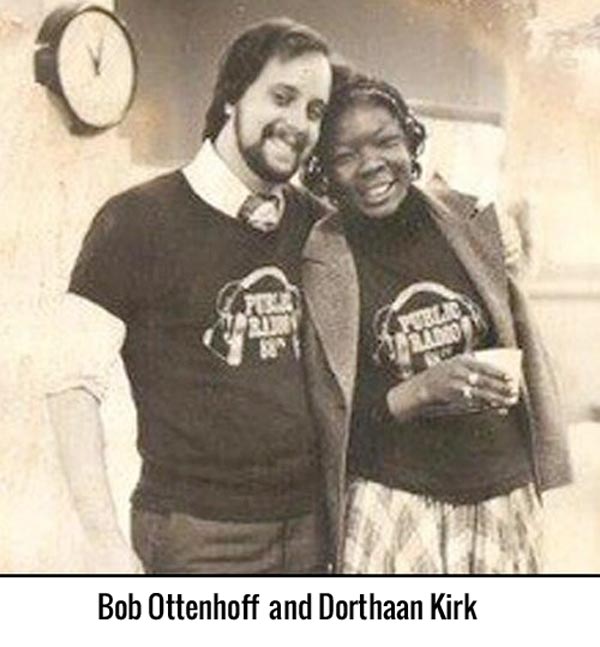 Although the staff has changed over the years, both Ottenhoff and Kirk returned in 2020.  Ottenhoff serves as Interim President and CEO, while Dorthaan was asked back to produce their children’s concerts and run the art gallery again. The film brought back many memories for her.  She was only in her 30s when the station began, but she was the oldest person in the group.

“I think, as I look back, we just weren’t intimidated by it,” said Kirk.  “We had no idea things wouldn’t work.  Sometimes when I look back I’m like, ‘Oh my God, we did that… and it worked?’ It’s frightening the things that worked and we weren’t fearful of it because everybody was on the same page.”

It was a time when they all thought they could do anything. Over 40 years later, WBGO is broadcasting around the world via the Internet and reaching more people than they could ever have imagined back in those early days.  Daniel’s film does a wonderful job of showing how they persevered and eventually became a fixture in the jazz world.

“The WBGO Story: Bright Moments from Newark to the World” will be available for screening on Saturday, January 30.  Click here for more information or to purchase a ticket. To watch a trailer for the film, please visit https://vimeo.com/399296769. You can also find a short tribute to Dorthaan Kirk from the NEA at: https://youtu.be/3NE1B613yUE. 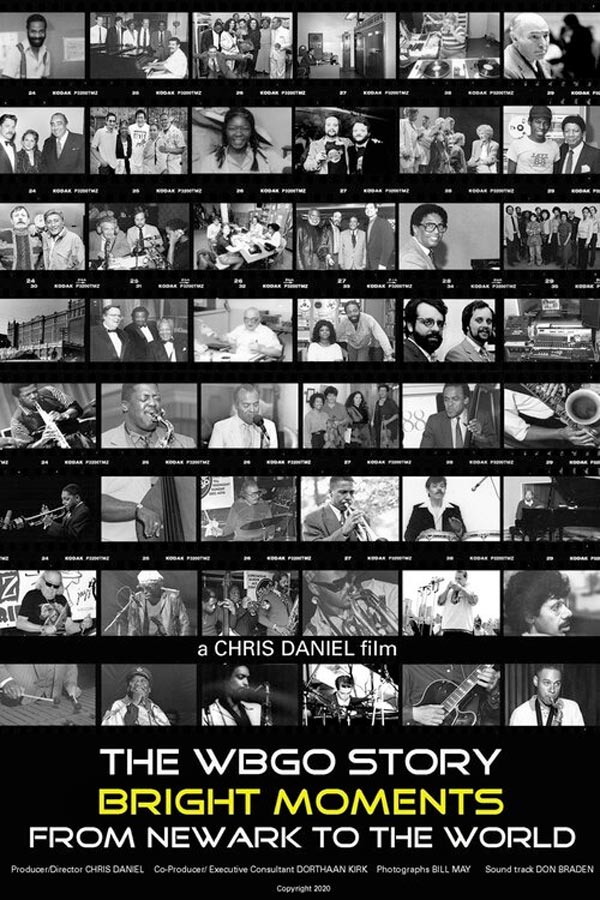 originally published: 01/27/2021
About the author: Gary Wien is a music journalist from Belmar, NJ. A three-time winner of Asbury Music’s Music Journalist of The Year, his writing and photographs have been seen in publications like Upstage Magazine, Backstreets Magazine, Gannett Newspapers, and Princeton Magazine. He is the also the author of two books: Beyond The Palace (about the history of rock music in Asbury Park) and Are You Listening? (his picks for the Top 100 Albums of 2001-2010 by New Jersey Artists) and is the publisher of New Jersey Stage magazine.
Content provided by Discover Jersey Arts, a project of the ArtPride New Jersey Foundation and New Jersey State Council on the Arts.