I’ll admit we were nervous.  It was our first time being to a live event in a long time.  I had been in isolation even before the pandemic due to a medical treatment and it was only one week after getting our second covid vaccine shot, but it was time.

My wife and I went to The Wag’s Beatle Bash & More show at Bar Anticipation in Lake Como on Saturday, May 8th.  It was both a celebration of The Beatles and a birthday celebration for Alicia Van Sant of The Wag whose birthday was the day before.  As a fan of the band and living just up the road from the venue, we thought it was the perfect opportunity to see live music again. It was the moment all fans of the arts have to approach at some time and I imagine most will feel a bit nervous at their first show.

The venue had a staff member check our temperatures outside and masks were required for entrance. Inside the venue, they had tables spaced out six feet apart with partitions.  You were able to unmask yourself when drinks and food arrived at your table.  Everything was done well and according to CDC guidelines, but I was still a bit unsettled until the music began. 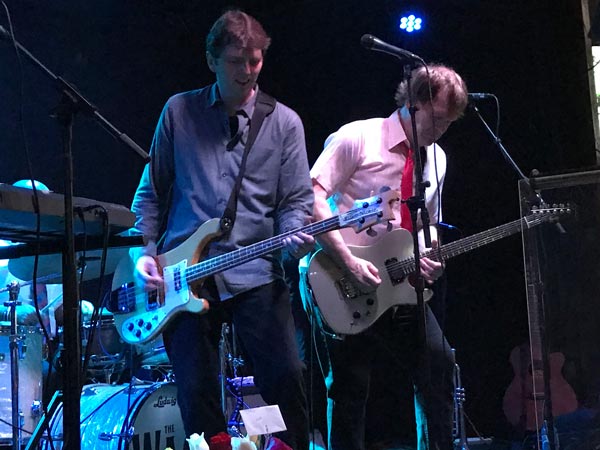 The Wag is a band heavily influenced by sixties artists like The Beatles, so doing a heavy Beatles-centric set is nothing new to them.  In fact, they have played Beatles-related festivals several times in the past.  The setlist began with “I Want to Hold Your Hand” - the song that introduced millions of Americans to the band.  From that moment on, I didn’t worry about covid, I wasn’t nervous, I was just at another show… And it felt great!

Despite being a very Beatles-centric show, the band also played several original tunes and included songs by fellow sixties artists like Jefferson Airplane (“White Rabbit”), Steppenwolf (“Magic Carpet Ride”), Moody Blues (“The Story In Your Eyes”), Nancy Sinatra (“These Boots Are Made for Walkin’)”, Sly and the Family Stone (“Thank You (Falettinme Be Mice Elf Agin)”), and Van Morrison (“Into The Mystic”).  They also covered “No Surrender” by Bruce Springsteen, a local guy who has taken in their live performances before.

Just like The Beatles, The Wag consists of four very strong musicians and singers in their own right.  Along with Brian Ostering and his wife Alicia Van Sant, the lineup includes Don Lee (a long-time solo performer and former member of Red-Headed Boogie Child) and Joshua Van Ness (another great artist with solo records and former bands including Souls’ Release, one of my favorite Jersey bands).  Together they both harmonize and take turns at lead vocals.  The mix of lead singers make specials shows like those built around the Beatles music so wonderful. 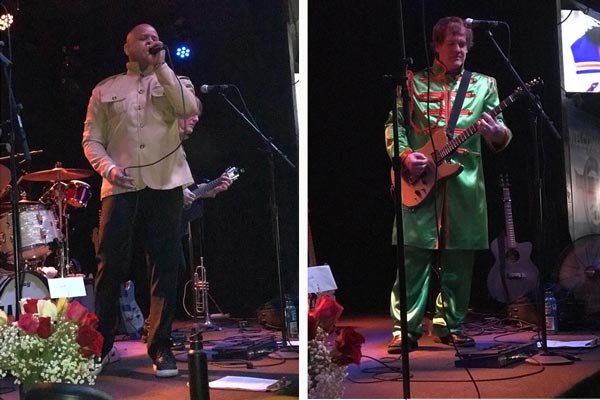 The show was aided by Ralph Capasso who played sax, bongos, & cowbell and Erez Lirov who provided trumpet and piano, along with some terrific sixties style dancing by Jamie Marie Hannigan of Stage Stars Productions who made songs like “These Boots” truly stand out.  The band also include costume changes, including a final set done in the Sgt. Pepper's Band look.

At Bar Anticipation, the band ran through Beatles hits from their first album through their catalog.  Hits like “A Hard Day’s Night”, “I Feel Fine”, “Norwegian Wood”, “We Can Work It Out”, “Get Back”, “Come Together”, “Yellow Submarine”, “Eleanor Rigby”, “All You Need Is Love”, and “Hey Jude” provided two sets of Beatles tunes.  The Beatles are one of my favorite bands and the afternoon show was like being at a Beatles fest.  The greatness of  Lennon & McCartney as songwriters is truly on display when you hear people singing along to songs they haven’t heard in years - but lyrics they know by heart because they’re a part of our lives. 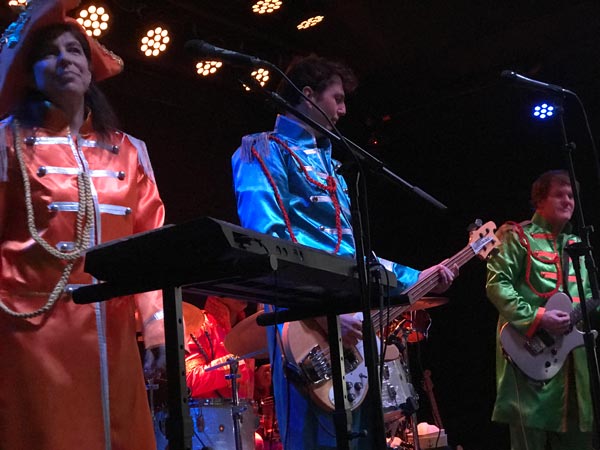 If you love The Beatles, you’ll want to catch The Wag on June 5th at EJs Tap House in Seaside Heights where they’ll be doing another “Beatles & More” show.  Tickets are available for $10 in advance and $15 at the door.

Honestly, I can’t recommend the show enough or any shows by The Wag.  They are one of my favorite live acts and they never fail to deliver a great show.

Are you ready to return to live concerts and theatrical productions? Let us know at info@newjerseystage.com - the world is slowly returning and the return of the arts will be a big step back for many. 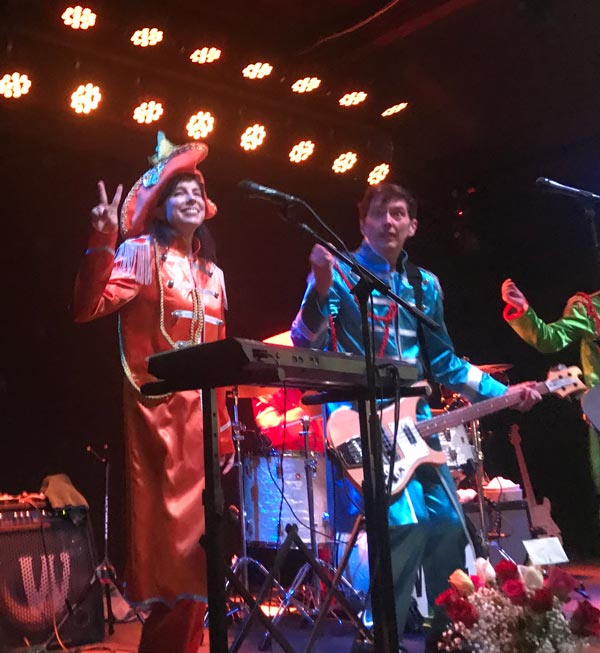