THE PAVILION: A 20th Class Reunion 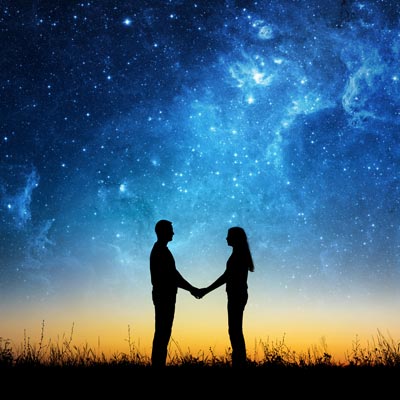 There’s something about high school reunions to which everyone can relate.  Whether you are the type that looks forward to them or avoids them like the plague; when that 20 year reunion notice comes in the mail it probably causes you to reflect on your life.  Have you accomplished your goals? Did life turn out the way you thought it would? What if you made different choices?

“What if” is the premise behind The Pavilion by Craig Wright, a finalist for the Pulitzer prize in 2000 that was nominated for the American Theatre Critics Association Best New Play Award and a 2005-2006 Drama Desk Award for Outstanding Play.  Alliance Repertory Theatre brings this play to Summit in January.  Directed by Michael Driscoll, the play features Erik Gaden (Peter), Sarah Kuhns (Kari), and Brad Howell (Narrator).

The play follows Peter back to his small hometown in Minnesota for his 20th high school reunion (Class of ’95).  He’s also on a mission to win back Kari, his ex-girlfriend from school that he left behind when she was pregnant.

“He just split 20 years ago,” explained Driscoll.  “He has hopes of winning her back, but she’s very bitter about the whole situation and now she’s married… By the end of the night both Peter and Kari basically start back with a new found strength for their lives to move forward, but it’s done with a bittersweet resolve. It’s a beautiful play.  It’s romantic, it’s funny, and it’s philosophical at times.  It has everything that a good play should have.”

Driscoll saw the play many years ago in New York and always wanted to do it, but it’s a tricky play to cast. The play revolves around Peter and Kari who should both be strong actors and appear 37 years old.  And then there’s the Narrator who guides the audience through the people met during the reunion.  The role requires both male and female voices and demands an actor adept at dramatic and comedic scenes — a combination which normally makes it a difficult role to cast. Fortunately, Driscoll had worked with Howell on a previous play and thought he would be perfect for the role.  He saw the role as a nice challenge and was interested.  Once Howell was on board, Driscoll began holding auditions for the other two roles.

The role of Peter was found through the auditions, but he didn’t find a good match for Kari.  After looking through old files, he found Sarah Kuhns who he had worked with over a dozen years ago at the Villagers Theatre.

“Sometimes it’s weird how casting shows actually fall into place,” said Driscoll.  “We are a repertory company in the sense that we have a repertory of actors, but none of them quite fit the right age range.”

Sarah Kuhns actually went to her reunion earlier this year.  She noticed the same old stories that we often see in movies about reunions — the good looking guy is now bald and overweight, the popular girl was unhappy in life, and the ugly duckling wound up being gorgeous.  Originally from Kansas, Kuhns could relate to the character names in the play that Driscoll thought were funny.  She told him, “they’re not funny names in Kansas!”

Alliance Repertory Theatre often presents plays at Mondo in Summit, NJ which offers a very intimate space for them.  The space lends itself more to character-driven works like The Pavilion.  Recent plays for the company include Venus In Fur and Five Lesbians Eating A Quiche.

“We’re in a very small space,” continued Driscoll.  “We can’t do plays that have big sets or complicated lighting systems.   So we have to find plays that are simple, yet intriguing.   For me, this is a play I’d like to see and that’s what it comes down to.  I told the audience at Five Lesbians Eating A Quiche to come see this play because it’ll warm your heart on a cold January night.  It’s that kind of play.  It has dramatic moments, but it’s funny and the ending is incredibly moving.”

In the end, the play is all about second chances, reflecting on the great what if, and changing history.  Hoping to change its course, Peter asks the Narrator, “Can you start the entire universe all over again?”

The answer, of course, is that the universe only goes in one direction.  Will it go in Peter’s?