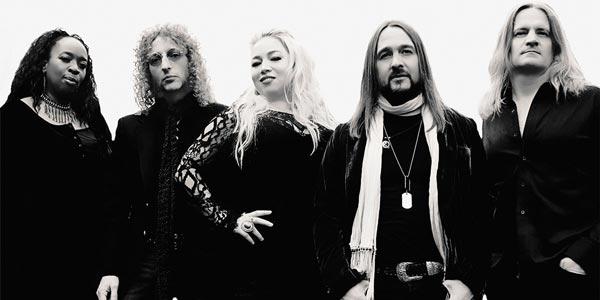 (ASBURY PARK, NJ) -- Fresh off his honeymoon and ready to rock again, The Matt O'Ree Band will return to The Stone Pony in Asbury Park on Saturday, October 28.  They will be joined on the bill by Secret Sound, Slapjack, and Cigar Box Stompers.  Tickets are $17 in advance and $20 at the door.

In 2016, The Matt O'Ree Band released their latest album, Brotherhood. It was an album that saw the band build off of years of hard work with guest appearances by Bruce Springsteen, David Bryan, and Steve Cropper - instantly raising the profile of the band worldwide. For Matt O'Ree, it was a level he's been building towards for years.

Just over a decade ago, Matt O'Ree beat out over 4,000 other guitarists to be recognized as "King of the Blues" in a national guitar contest hosted by BB King and John Mayer through Guitar Center and Guitar World Magazine.  Matt won a grand prize worth over $40,000, which included a 2006 Scion tC, a trip to L.A. to record with Grammy-winning producer Pete Anderson, a one-year Gibson endorsement deal, a Gibson 59 reissue, a Gibson GA20 amplifier, and a shopping spree at Guitar Center.  But he didn't let the win go to his head.

"There's only one King of the Blues and that's B.B. King," said Matt O'Ree at the time. "It's definately a great honor for them to recognize all of the work I've put into it all these years."

One of his favorite moments was getting the opportunity to meet B.B. King himself and shake his hand.

"He was quite thrilled when I walking into the dressing room because most of the other contestants were playing guitars other than Gibson, so when I walked in he had that great big smile on his face to see me holding a Les Paul," recalled O'Ree.

His hard work continued as his reputation grew among the industry. After years of mixing club dates and being flown to private gigs in resort areas, Matt's career reached the next level when he was chosen to join Bon Jovi as their guitarist/backing vocalist on the band's 2015 stadium tour of the Far East. 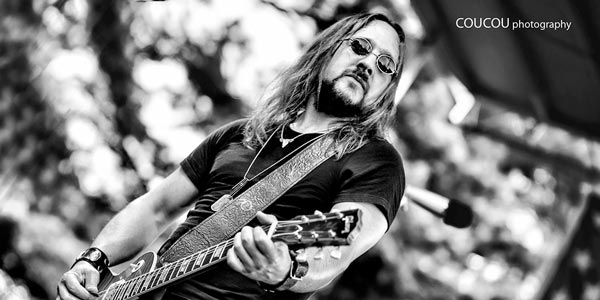 When he returned to Jersey following the tour, Matt packed The Stone Pony for a homecoming show. On stage, Matt spoke of the support he received from fans and friends on social media.

“I can’t tell you how great it felt to be on the other side of the world and to open up Facebook and see so many people saying they were happy for me,” he said. “As long as I’m breathing, I’m going to be up here playing for you."

And just last September, Matt made more news by marrying fellow musician Eryn Shewell. The two give Bruce and Patti a run for their money as the Garden State's favorite rock and roll couple.

Matt's band includes Scott Bennert on bass, John Hummel on drums, Layonne Holmes and Eryn Shewell providing beautiful backing vocals, and keyboard duties shared by Matt Wade and Dave Archer.  With the band's profile continuing to rise, these club dates are not to be missed.  There will likely be a time when he's too big for rooms like that and it couldn't happen to a nicer guy.