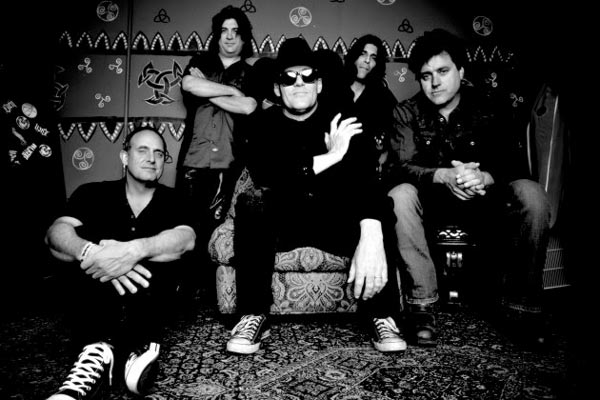 (ASBURY PARK, NJ) -- The Light of Day Festival is taking over Asbury Park this week and some of the best shows are taking place at House of Independents on Cookman Avenue. The festivities begin on Thursday night with the return of Dramarama on a bill with Willie Nile, Remember Jones, Hollis Brown, and Joe D'Urso and Stone Caravan.  General admission. Doors open at 7:00pm and the show is open to all ages.

Dramarama always puts on tremendous shows in Asbury Park. If you only know them from their classic track, "Anything, Anything" you need to check out their catalog as that's just one in a long list of classic songs. In fact, as a band originally from New Jersey, they have recorded some of the best rock songs in Garden State history in my opinion.  Now based in California, the Light of Day shows are among a few opportunities to catch them live. Trust me, you won't be disappointed.

Matt O'Ree followed up a tour with Bon Jovi with a new album that just happens to feature a song with Bruce Springsteen on it.  As most people know, whenever Bruce Springsteen is in New Jersey rumors always fly about whether or not he will make an appearance at a show. This one might not be on the radar of most for an appearance, but it would make for a legendary cameo if it happened.  But, as always, please come for the artists listed on the bill first. The festival is full of incredible artists. Never expect to see a Bruce sighting.  Just enjoy it if it happens.

On Saturday, January 14th, the club turns it down a notch for an intimate singer-songwriter afternoon featuring James Maddock & Band, Jeffrey Gaines/Chuck Prophet, Anthony D'Amato, and Kiyomi Valentine with Lisa Briano. This is a seated concert.  Doors open at 1:00pm, all ages.

If you're looking for a good singer-songwriter lineup, it doesn't come much better than this one.  The House of Independents will actually have music all day/night long as it is the home of the official Asbury Underground After Party as well.  Doors for the after party open at 6:30pm with a lineup that includes American Trappist (members of River City Extension), Sunday Blues, Porter & Sayles and Jesse of Accidental Seabirds.

The mission of the Light of Day Foundation is to utilize the power of music to raise money and awareness in its continuing battle to defeat Parkinson's disease and related illnesses such as PSP and ALS within our lifetime. Please donate whatever you can at these shows to help further the cause.  Buy some t-shirts, enter a raffle, leave something in the donation jar.  Let's help find a cure.

House of Independents is located at 572 Cookman Avenue in Asbury Park, NJ.