The King Of East Jabip 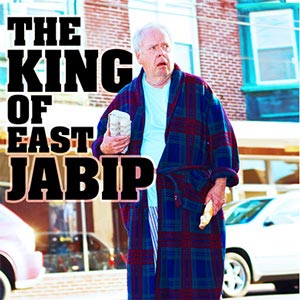 “My dad wanted me to write a play with a character that would be around his age,” explained Kelly McCarthy.  “He was interested in a character that he felt still had things in life he wanted to do and didn’t want to give up just because he was older.”

McCarthy, from Sea Isle City, spent 15 years as a professional journalist in a career that began with the Main Line Times, covering Philadelphia’s historic Main Line region.  Her father is the award-winning actor Tom McCarthy.  Following in his footsteps, Kelly began acting at age 4, building a resume that includes stage and television credits. She thought about writing a play many times, but never got around to doing it until her father got a grant for his daughter to write a play for him to act in.  The result is The King of East Jabip, a heartwarming comedy about a family dealing with a father’s diagnosis of Alzheimer’s disease.  The play will be presented September 9 to October 9 at the Eagle Theatre in Hammonton — the first world premiere production in the theatre’s history.

“It started with me writing about a husband and a wife,” said Kelly McCarthy.  “At some point when I was writing it, I felt there was something wrong with this man and I didn’t know what it was.  There was some issue he was dealing with, it wasn’t just that he felt he hadn’t done enough in his life.  I don’t know how it evolved, but I realized the character had Alzheimer’s.  So, this is a man who still wants to do things and he’s just found out that pretty soon he’s going to have a hard time accomplishing some goals he always wanted.  He has an urgency.”

The play started out with just the husband and wife.  It received a reading at the Walnut Street Theatre in Philadelphia where Kelly received important feedback.  She let their advice sink in and took a break from the play for a while.  When she returned to it, she heard the voice of a daughter for the first time.   The third character helped her round out the story.

As part of her father’s grant, Kelly was able to study playwriting in Ireland at the Fishamble Theatre Company as well with Bruce Graham and Michael Hollinger, a pair of Philadelphia area playwrights.  She also took advantage of the National Playwrights Symposium at Cape May Stage, attending for three years where she met some of the biggest names in the business. The experience helped her as she worked on her first play.

“I’ve learned so much in Cape May,” said Kelly McCarthy.  “That, to me, is like graduate school.  They bring in brilliant writers and you’re immersed for a week.  You are with your peers and have a true safety net there.  You don’t feel intimated; you feel like you have the love and support of everyone.  Everybody wants everyone to do well.  Just to get the advice from these master playwrights is invaluable and has helped me a lot.  Once it’s over, I go into terrible withdrawal!”

It’s appropriate that her first play will be presented at Eagle Theatre, because she had a special feeling the first time she walked into the theatre.  Her father was starring in Glengarry Glen Ross at the Eagle and she mentioned finishing her first play to Ed Corsi and Ted Wioncek (the co-artistic directors at Eagle Theatre).  They said they would love to read it.  She spent the weekend making a few changes and then sent it to them. 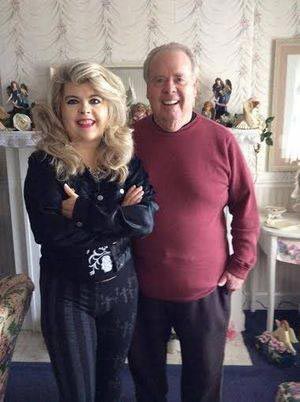 “I was only looking for a reading and then I got an email a few days later,” recalled Kelly McCarthy.  “Ed said, ‘I love it! Are you sure you want a reading or are you game for a full production?’ I jumped out of my chair, screaming and ran to my parents saying, ‘My God! They want a full production!’”

Throughout the process, Eagle Theatre has helped assist Kelly McCarthy in several workshops, drafts, and staged readings of play, including a public reading at their New Works Development Series.

“After several years of living with a bunch of characters in my head and on the printed page, it will be nice to finally get into a rehearsal room and watch them come to life,” said Kelly McCarthy.  “I imagine it will be like a birthing. And this playwright is past her due date. I’m ready to cut the umbilical cord.”

The playwright recently turned 50 and can relate to the idea of wondering how much time is left to accomplish all she wants to do.  She wonders how fast can she write and how many plays can be produced. But she doesn’t mind starting her playwriting career later than most, she’s comfortable with how things turned out and is excited about the future.

“There’s no right age when to start something,” she added.  “I think any time something comes is the right time.  It’s just the way it happens.  I think when I was younger, I wouldn’t have had as much to say.  When this came to me now, I’m lucky to have it.  I just want to focus on what I can write going forward.”