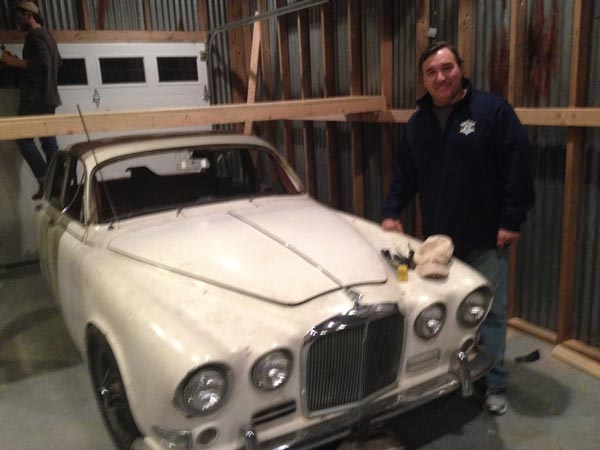 When a friend told Gino DiIorio that Jack Klugman was looking for a new project, the playwright came up with The Jag - a play loosely based upon his own father and his desire to fix up his classic Jaguar car. The play was written with Klugman in mind and sent to him.  Gino says Klugman read it, liked it, but passed on the play.  And he wasn’t alone.

Despite being a finalist in a pair of play competitions and winning the 2010 Firehouse Theatre’s Great American New Play Award, The Jag never got a full production.  Chances are it’s because the play needs a car on stage and not just any car, it needs a Jaguar.

Flash forward to 2017 when New Jersey Repertory Company will give The Jag its long awaited full production - complete with a car on stage.

The play revolves around 70 year-old “Chick” Chicarella and his 1967 Jaguar that is in desperate need of repair. The suggestion is made that the two fix up the car and sell it off, but realizing they need help they hire Carla — someone who is an expert in Jaguars but utterly lacking in social skills.  Together, the three learn some hard lessons about repairing cars and smoothing out life’s jagged edges.

“I can’t die, I’ve got to finish the Jag” was something Gino’s father would often say.  “I always thought that was funny,” said Gino. “Because it was one of those projects that never seemed to end. And then we lost my mom and my father developed lung cancer and was starting to go.  Out of nowhere he said, ‘maybe it’s time to sell this damn car.’ I thought in the back of my mind that it was kind of strange.  You know how you hold on to things like holding on until your kid graduates school? It seemed like he wanted to hang on to finish the car and then he realized he wasn’t going to be able to see it.”

Gino says his father was a very good mechanic and a great craftsman who saw himself as an artist.  They always had several junk cars in the yard that needed repairs, but as the cars came and went, the Jag always remained.  It became a member of the family.

The play is a father/son story that has many funny moments.  Gino describes it as a ‘sweet play without being too sentimental.’  The father and son have difficulties with one another and are ok with that.  They actually give the project more of an effort than Gino and his father did.

“My father and I worked together for about two weeks,” Gino recalled.  “He was a body shop man.  I worked with him for a while and then he said, ‘Look, if you’re going to work with your hands, you’re going to starve. You need to do something else.’  And he was right, I was not very good at it at all.”

In real life there was no Carla, but the play not only benefits from her addition - she generally steals the show.  Gino thinks that may be one reason Klugman passed on the play.

“The Jag is one of those plays that a lot of people read and said they loved, but ‘how the hell are we going to put a car on stage?’” said Gino.  “I wrote to my friend.  The next time I decide to write a play with a car on stage just shoot me! But they did it.  NJ Rep put a freaking car on stage!” 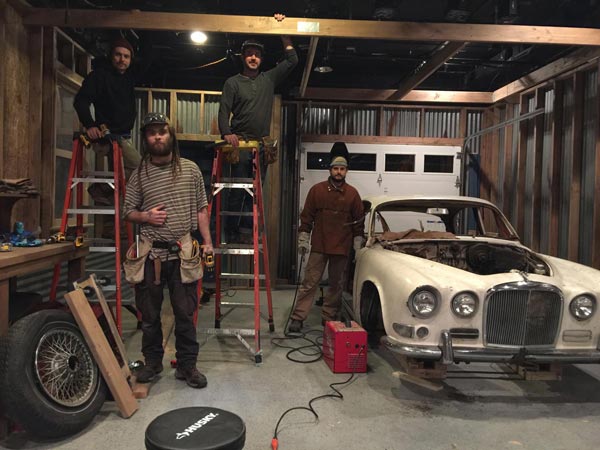 Jessica Parks has designed an outstanding set for The Jag. Here we see technical director, Brian Snyder, and his team working on the set.  In the top photo, we see playwright Gino Dilorio next to the car.