"The Heart & Soul Queen of New Orleans" with Irma Thomas, The Blind Boys of Alabama, and The Preservation Legacy Quintet Come To Grunin Center 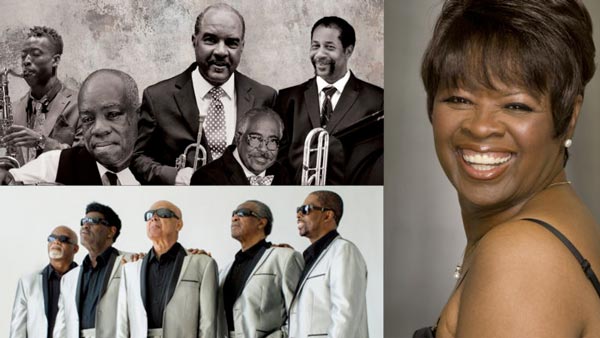 If the French Quarter is the musical heart of New Orleans, then Preservation Hall is its heartbeat. Take a group of long-time performers from the venerable concert hall, combine them with the Crescent City’s “Soul Queen” Irma Thomas, throw in the spiritual authority of The Blind Boys of Alabama, and you get a very special evening of music that showcases “The Heart & Soul Queen of New Orleans.”

As part of New Orleans’ musical royalty, Irma Thomas is a Grammy Award-winning singer with her own rich musical history. Her soul-drenched voice can be heard on the Allen Toussaint-produced track “It’s Raining,” which was featured in the Jim Jarmusch’s cult classic, “Down By Law”; in 2007, she was inducted into the Louisiana Music Hall of Fame; and in 2008, she was featured on the poster of the world-famous New Orleans Jazz and Heritage Festival.

The Blind Boys of Alabama have the rare distinction of being recognized around the world as both living legends and modern-day innovators. Since the original members first sang together as kids in the late 1930s (including Jimmy Carter, who leads the group today), the band has persevered through seven decades to become one of the most recognized and decorated roots music groups in the world. In 2005, they released Down in New Orleans, a Grammy Award-winner for Best Traditional Soul Gospel Album.

Prices, dates, times, performers, and shows are subject to change.