The Growing Stage Wants You To Dare To Dream This Season 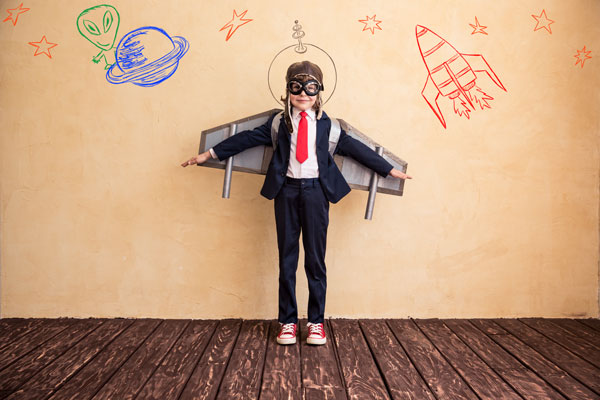 Introducing children to the theatre is important for many parents.  Unfortunately, some productions designed with kids in mind lead parents to steal glances at their watch as they wonder how much time is left in the show.  That’s not the case at The Growing Stage. They may be known as the Children’s Theatre of New Jersey, but their shows are not just for kids. The theatre, located in the Historic Palace Theatre in Netcong, strives to put on productions that the entire family will enjoy and the upcoming 2017-18 season continues that mission.

The 2017-18 season not only finds Growing Stage taking on the challenge of presenting a pair of big productions (Disney's Beauty and the Beast and Dreamworks' Madagascar), but it includes a new adaptation of Cinderella and the world premiere of Boy Sees Flying Saucer.  It’s definitely not dull theatre; this is a season that will accomplish the goal of daring you to dream — a theme that was inspired by everything that is currently happening culturally and socially in the country.

“We figured we needed to do our job as artists to collectively inspire others to dream of better things as opposed to all of the negativity we’ve been forced to focus on in the last few months,” explained Stephen L. Fredericks, Executive Director of the theatre.  “So, we wanted to remind people and challenge ourselves as artists to create an environment which is positive and gives people the opportunity to dream about better things.”

In addition to dreaming, the season offers escapism for the theatre-goer as well.

“It’s kind of reestablishing ourselves as a safe haven,” continued Fredericks.  “And while we’re still encouraging folks to be able to learn and grow and experience the arts - at the same time, it’s establishing that the theatre is a place they can express creatively without any kind of concern.  To be able to experience the arts and share the moment in the theatre as a family.”

One of the most intriguing plays on the schedule is the new adaptation of Cinderella. Taking place over the holiday season, the piece comes from Chicago’s Emerald City Theatre and this adaption of a fairy tale is a musical holiday wish come true.  It offers a significant twist on the main character - subtle hints of feminism or “realism” as Fredericks puts it.

“In this production, Cinderella is less of a victim,” said Fredericks.  “More than that, she’s in control of her own destiny.  While there’s still fairy magic mixed into the plot that everyone is used to, she’s a sword-wielding heroine that culminates with her being good friends with the prince as opposed to looking to him for all of the answers.  It’s kind of exciting to be able to bring the fairy tale genre to life, but, at the same time, send along a message that’s more positive for young women and men.  It’s a message to learn to respect one another and things of that nature.”

In the crowded field of holiday productions from annual performances of The Nutcracker to A Christmas Carol, the addition of Cinderella to the mix is welcome.  It’s a production that fits in with the holiday spirit, but is something that can be enjoyed even if you do not celebrate the holidays. 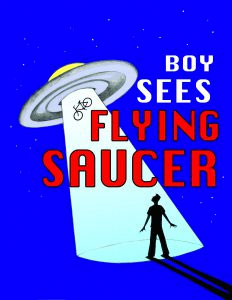 Another production is Boy Sees Flying Saucer.  As science fiction fans, we are always interested when the genre finds its way on to the stage. Based on the true and original story by Brian Dorscht and written by Mike Czuba, the play won the annual play competition at The Growing Stage.

“We have an annual new play reading festival and each year we receive in the area of 150-175 scripts from around the world,” said Fredericks.  “They are new works and adaptations but all for our genre of theatre.  Last year we had 26 of the 50 states represented and work from six countries.  From all of the submissions we select four.  We give two readings - one in the fall and one in the spring.  And then we select one of those and give it a fully mounted Equity production; that’s the prize itself.  This winner came from Alberta, Canada.”

In Boy Sees Flying Saucer, Bobby Radcliffe is sure he has lost his brand-new bicycle. After his parents go out for the evening, he is left with his sister and instructions from his father to “make sure the bike is found and in the garage” before Bobby goes to bed. Frustrated that he can’t find his bike, he returns home and decides to tell a lie to his gullible sister; “A flying saucer came down and took my bike.” Half believing what he says, she asks him for details of how it happened – and a story starts to develop. The sister runs to the phone to tell her best friend what Bobby just told her. The best friend tells her father who is the town Sheriff and tells her he is coming over to the house.

“The story just grows and grows,” continued Fredericks.  “The national media gets involved and he becomes very popular in school because he’s had this experience.  It’s just one turn after another as this young man goes through the journey of being the boy who cried wolf and science fiction all melded into one.” 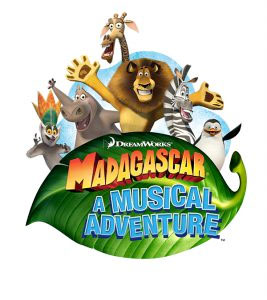 Parents may have taken a trip into New York City to see the pair of hit musicals on the schedule, but The Growing Stage offers an intriguing take on them. The theatre turns the challenge of presenting these large musicals in a smaller space as a positive.  Within the intimate confines of the Palace Theatre, the plays rely less on special effects and more on the story itself.

“The parents and families actually become part of the story!” said Fredericks.  “By making it smaller, we’re not making it less.  We focus more on the story and on the musical moments rather than the big extravaganza and spectacle.  We’re not doing movies, we’re not doing computer games, so why are we trying to replicate it? Let’s keep it to being live theatre and celebrate that in and of itself.”

Fredericks founded The Growing Stage back in 1982 and says he never expected it to still be going strong three decades later.  He is grateful for all of the people he’s had the opportunity to work alongside, noting that a theatre is never a one person show.

“I’ve had the opportunity over the past 36 years to learn and work alongside some wonderful artists in and of themselves who have only enhanced what the mission of the organization has remained to be, which is to provide professional theatre for young people and their families,” he added.  “I think the genre itself is one that perhaps deserves a little more respect and recognition - not only because of the quality we try to do in each of our productions, but the responsibility we feel as artists that we’re helping to develop a theatre audience of tomorrow.  By putting on a quality piece of theatre that a young person and a family can appreciate, we’re only encouraging those young people to become patrons of the arts as they grow up and make the arts part of their life.”