The Grace of God and the Grace of Man: The Theologies of Bruce Springsteen
NEWS | FEATURES | PREVIEWS | EVENTS 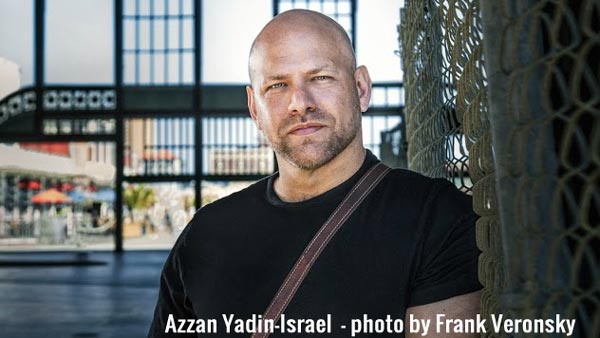 (NEW BRUNSWICK, NJ) --  Rutgers University–New Brunswick faculty member Azzan Yadin-Israel will speak about his book The Grace of God and the Grace of Man: The Theologies of Bruce Springsteen (Lingua Press, 2016) from 4:00pm to 5:30pm on Thursday, June 29, 2017 at Alexander Library, 169 College Avenue, New Brunswick, NJ. The event is free and open to the public.

Bruce Springsteen is beloved among fans in New Jersey and across the world for his marathon live performances and the blue-collar Americana embodied in his songs. Azzan Yadin-Israel’s latest book, however, looks beyond the hot rods and love stories to reveal the rock-and-roller as poet, tracing complex religious and theological motifs that emerge and are reworked over the course of Springsteen’s career. This probing and fresh look at over 40 years of recordings establishes a new critical framework for scholarship in the emerging field of Springsteen studies and allows for a greater appreciation of Springsteen’s sophisticated lyricism by academics and fans alike. 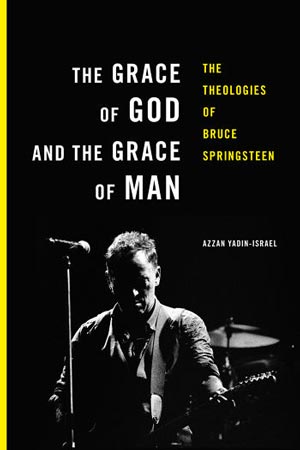 The Grace of God and the Grace of Man is divided into three parts. The first section traces the evolution of theological ideas in Springsteen’s early albums with a focus on critiques of traditional religious institutions and the possibility of redemption on the open road, a notion that Springsteen ultimately rejects in Darkness on the Edge of Town. The second section looks at records after Darkness and Springsteen’s refashioning of three common religious concepts: sin, grace, and the struggle within. The book’s final section—named “Springsteen’s Midrash” after the ancient commentaries on Hebrew scriptures—looks at songs with explicitly biblical source material, such as “Adam Raised a Cain” and “Jesus Was an Only Son,” to examine how Springsteen recasts traditional biblical stories to grapple with his own uncertain faith.

Following the presentation, Yadin-Israel will take questions and sign copies of the book. The Rutgers Office of Summer & Winter Sessions will sponsor a drawing for 10 free copies, and additional books will be available for purchase courtesy of the Rutgers Barnes & Noble. Free parking (for non-university guests only) is available in Rutgers Lots 26, 30, or the College Ave Parking Deck.

Azzan Yadin-Israel earned a bachelor’s degree from the Hebrew University and doctorate from the University of California, Berkeley and Graduate Theological Union. A professor of Jewish studies and Classics in the School of Arts and Sciences at Rutgers–New Brunswick, he teaches courses on rabbinic literature, classical Jewish philosophy, the history of Jewish mysticism, and Plato.

AuthorTalks is a series of talks cosponsored by Rutgers University Libraries and the Office of Summer & Winter Sessions. From great books come great ideas, and this series intends to engage the Rutgers community during the summer and winter sessions in both. Featuring faculty authors from Rutgers and other universities, these book readings and discussions are free and open to the public.

Rutgers University Libraries support and enrich the instructional, research, and public service missions of Rutgers, The State University of New Jersey, through the stewardship of scholarly information and the delivery of information services. With more than five million volumes and thousands of digital resources located in 26 libraries, centers, and reading rooms in New Brunswick, Newark, and Camden, Rutgers University Libraries rank among the nation’s top research libraries.