(PRINCETON, NJ) -- The Dryden Ensemble presents three virtual concerts in the coming weeks. On Sunday, January 31 at 4:00pm, lutenist Daniel Swenberg will be featured in “Extraordinary Tunings,” a recital of rarely heard works from 1620-1650. On Sunday, February 14 at 4:00pm, Lisa Terry will present a lecture-recital entitled “Leycester Lyra Viol Lessons.” The ensemble will celebrate Bach’s birthday on Sunday, March 21 at 3:00pm with a streaming of their live concert of Bach’s St. John Passion, recorded on March 13, 2020. For more information or to purchase tickets, please visit their website: drydenensemble.org. Tickets prices range from $10 - $50.

Lutenist Daniel Swenberg spent the pandemic exploring the repertoire known as “Les Accords Nouveaux ou Extraordinaire.” It has been one of his few joys during these difficult days. It is a mysterious and almost unknown world, for lutenists and audiences alike. From 1623-1638, a series of lute publications featured revolutionary extraordinary and new tunings—departing from the traditional Renaissance tuning or “vieil ton.” Eventually, the lute’s tuning settled into a standard baroque lute tuning: the d minor or “Nouveau accord ordinarie.” Lutenists avoid this repertoire for the difficulty of restringing a lute—changing 19 strings is a pain— and having to learn a series of tunings.  Tunings that were an historical dead end.  This is a pity.  The music is wonderful. One can hear the literal transition for Renaissance to baroque, the beginning of the dance suite, and a bold new way to approach texture, style, and technique.

Lisa Terry, in her Valentine’s Day recital, plays the bass viol “lyra-way,” with melodies and chordal accompaniment just like a lute with a bow, in these 17th century lessons collected by English gentleman Peter Leycester. The program includes typical baroque dance movements like allemandes, courantes and sarabandes, a few settings of folk songs, and some engaging character pieces named after folks such as ‘Guilllim', and 'Mr. and Mrs. Daniels'! 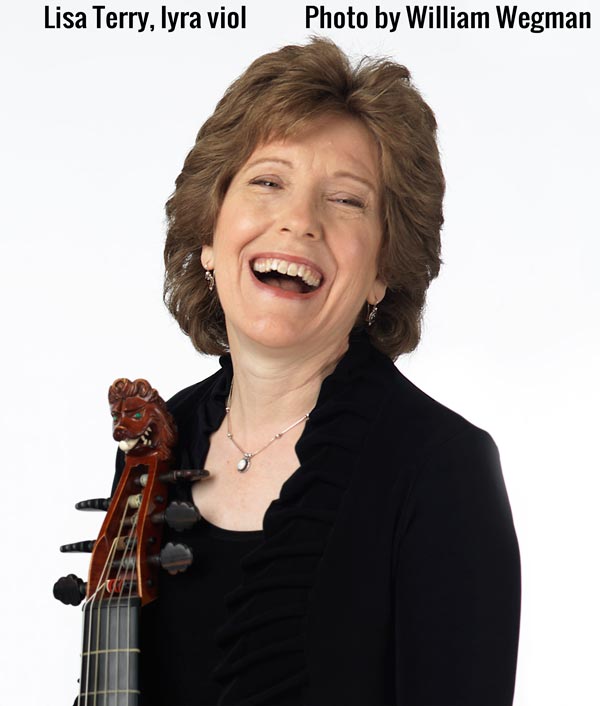 The March 21st streaming of Bach’s St. John Passion is a rare opportunity to hear the work in a rendition Bach might recognize. The St John Passion is a choral work—but the choir Bach had in mind was not what most people think of today. Bach performed the Passion with a choir of just eight singers, two singers per part, and those eight singers sang all the solo parts as well, including that of the narrator or Evangelist. This is exactly how the Dryden Ensemble scored their performance of the Passion. When a choir like Bach’s is used, together with a small orchestra of 18th-century instruments like those he wrote for, the effect is wonderfully direct and personal. Instead of a mass of sound, one hears individual lines emerge from the texture with greater clarity, and the soloists, rather than sitting aloof from the action during the chorales and choruses, are full participants in the heart-rending and cathartic events.

Named in honor of John Dryden, the English poet laureate whose words inspired Baroque composers including Purcell and Handel, the Dryden Ensemble specializes in performing music of the 17th and 18th centuries on period instruments.  A line from Dryden's Song to St. Cecilia captures the essence of baroque music and the ensemble's philosophy:  "What Passion cannot Musick raise and quell!" The Dryden Ensemble is a not-for-profit organization under section 501(c)(3) of the Internal Revenue Code and a registered charity in New Jersey and Pennsylvania.