"The Calling" An Interview With Playwright Joel Stone

New Jersey Repertory Company presents the World Premiere of The Calling by Joel Stone from January 4th through February 4th in Long Branch. This play was commissioned by NJPAC’s Stage Exchange in Association with the New Jersey Theatre Alliance and NJRep.

Stone, who was formerly the artistic director of Off-Off Broadway’s The Theatre Asylum, has written many short plays in the past 40 years, including several which have been presented at NJ Rep over the years.  For the past four years, he has been an adjunct professor of playwriting at Monmouth University and also taught the initial playwriting classes for New Jersey Repertory Company’s West End Arts Center. Currently, he is the literary manager for NJ Rep.

New Jersey Stage spoke with Stone about his new play and about his long-standing relationship with NJ Rep which dates back almost to the beginning of the company.

The Calling is billed as a heart-pounding, mind-bending psychological thriller, peppered with comic relief. What can you tell us about the play without giving away too much?

Well, that’s the problem.  With thrillers, the less you know the better.  It’s hard to describe, but I’d say it’s pretty much a comic psychological thriller about a priest who finds a man sleeping amongst his Church pews after a funeral service.  It turns out that this man is in need of spiritual guidance and things turn into a dangerous battle of wits between the priest and the man who is an Intensive Care Unit (ICU) nurse.

Was it difficult to find places for comic relief? Or did they sort of reveal themselves on their own?

The humor arose quite naturally from the interplay between my two characters. So many thrillers are just grim and without a little bit of comic relief they can be hard going.  The comic relief is also a way of providing the audience with temporary release from the suspense.

I actually found it quite easy to do and pleasant.  I was so happy that I found those moments or maybe they found me! Either way, it was wonderful. 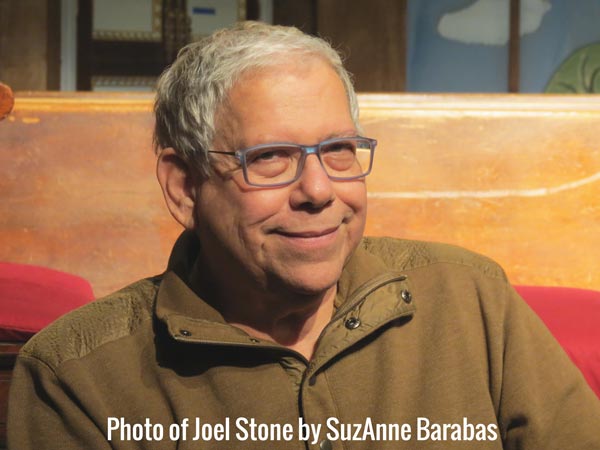 This play is part of the NJPAC Stage Exchange series. What is it like to have a setup like this with a staged reading at NJPAC and a guaranteed production at a theatre later on?

It’s fantastic! First of all, you have to be at the top of your game.  Second, they require that the play be about a New Jersey subject.  That was one of the only qualifications.   It’s fantastic that you know, at some point, you come into a production.

The initial reading was wonderful.  We had a different cast, but the same director - Evan Bergman.  We learned so much from that reading.  Currently, it’s been a constant process of re-evaluating, rewriting, adapting to new actors, adapting to the set, and adapting to the reality of actually getting it on its feet.

When we applied they asked for three story ideas.  I submitted three and the one I least expected them to choose was the one they chose! It’s funny, I recently reread what I had proposed and although the subject matter is the same, my approach was totally different.

Did the audience at NJPAC know that it was meant to be a little funny at points?

I don’t know, probably not. The subject matter is not funny, but I needed comic relief because the subject matter can be very difficult. When I look back at great thrillers, one of my favorites was Wait Until Dark by Frederick Knott - a play that also distracted you from what was going on with humor and warmth.  Those are wonderful ways of keeping audiences distracted.

This was your first full-length play in quite a while.

Yes, this was my first full-length play in about 44 years.

Did you find it difficult to move back to a full-length after writing so many short plays?

I thought I would, but I didn’t.  For years, Gabor and SuzAnne Barabas (of NJ Rep) have been waiting for me to write a full-length play.  Whenever anyone asked me, “Why aren’t you writing full length plays?” I would always answer, “I just don’t have that much to say!” For me, a 10-minute play is fine; I have it all in there.

I love the short play format, but The Calling, in a funny way, almost wrote itself.  I did three months of research, three months on the first act, and I believe the second act took me two weeks to finish.  It just flowed; it was a pleasure. 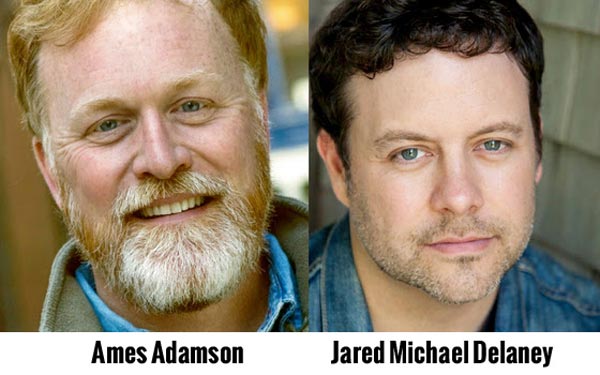 How did you first get involved with NJ Rep? You’ve been with them since the 90s.

Well, I’ve known SuzAnne since junior high school.  I’ve known her longer than Gabe has! I love them. They’re dear friends.  Twenty years ago, I directed their first script-in-hand reading, which was Horrors of Doctor Moreau - one of my plays that I had rewritten.  I’ve been their literary manager since late 2014.

What do you do in that role?

I’m a reader.  I evaluate whether or not a script would be appropriate for a script-in-hand reading for our subscription audience.  Sometimes the plays wind up being produced.

You’ve been with them long enough to see the West End Arts Center open.  What do you think about that facility and its potential?

I think the potential is unlimited.  It’s a wonderful space.  We had the Theatre Brut festival there and it was fantastic.  It could become a very vital part of the community.