The Best of 2016 Garden State Film Festival Shorts In Manasquan 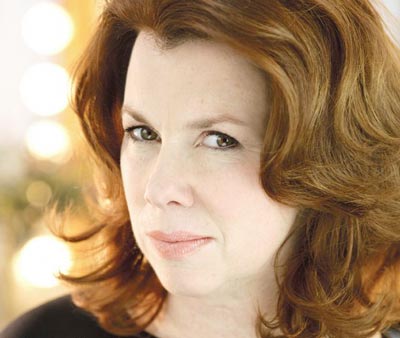 (MANASQUAN, NJ) -- “Shorts” season has been extended into October.  Algonquin Arts Theatre and the Garden State Film Festival will present a two-hour program featuring a selection of favorite short films selected from the last 14 editions of the Garden State Film Festival. Dubbed “Best of the Fest,” this screening will be Saturday, October 22, 2016 at 8:00pm in Manasquan sponsored by Shoreline Media Marketing.

The evening will be introduced by Siobhan Fallon Hogan most known for her parts in the films “Men In Black,” “Forest Gump,” and “Wayward Pines,” as well as her television appearances including a recurring role on “Seinfeld” and on “Saturday Night Live.” Fallon Hogan is a Garden State Film Festival honorary board member.

The films that will be screened include:

Admissions: A short film starring Academy Award nominee James Cromwell that tells a transformational tale about what it takes to find lasting peace, even in war-torn places like the Middle East. Featuring an Israeli couple and a Palestinian man, this modern parable is set in the Admissions Room for the afterlife. Its purpose is to start a conversation that heals.

Gli Zii (The Uncles): Two dysfunctional Italian brothers have their lives transformed when their baby niece is abandoned on their doorstep. They're given only one instruction by their disgraced sister - preserve the girl's innocence. Seventeen years later the Uncles go to extremes to do just that.

La Ragazza e la Gondola (The Girl and The Gondola): Carla dreams of becoming a gondolier like her father. However, 900 years of Venetian tradition and the disapproval of her parents stand in her way.

Kismet Diner: A singing waitress in a diner finds the song that opens the heart of a disinterested customer.

Death Taxes & Apple Juice: A little girl ponders the meaning of life as her friend helps her file taxes.

Algonquin Arts Theatre (AAT) is a 501c(3) non-profit center for performing arts, providing cultural enrichment and arts education for residents and visitors of Central New Jersey and the Jersey Shore through high quality performances and programs in theatre, music, dance and film.

Located in Manasquan, N.J., AAT is an integral part of the Shore Region, offering broad access to arts experiences across multiple disciplines. Deeply committed to education, AAT serves students of all ages not only through art and music instruction, but also through the unique communal conversation that exists between audience member and performer. The theatre provides a platform for local and regional performers to showcase their work and offers audiences the opportunity to engage very directly and personally in the arts, fostering greater participation and providing an engaging means for exploring personal and societal issues through the world of the stage.

The Garden State Film Festival was envisioned by 25-year film industry veteran Diane Raver and the late Hollywood actor Robert Pastorelli in 2002 and launched the following year. Since 2003, thousands of films have made their public premiers, hundreds of thousands of people from around the world have attended; and the total infusion of cash to local businesses since inception exceeds $5 million. Until 2013, it was held in Asbury Park, in and around the Convention Center complex. In 2014, it relocated to Atlantic City as a major component of DO AC, the marketing campaign to promote arts and culture the city spearheaded by the Casino Reinvestment Development Authority. The GSFF is a 501-c-3 non-profit organization.