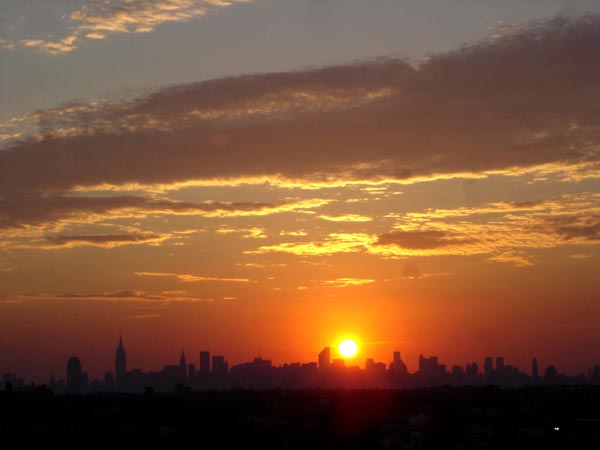 Tar Beach revolves around sixteen year old Mary Claire and her best friend Mary Francis as they begin the day sunning themselves on the roof of an Ozone Park row house.  Claire’s younger sister Reenie is searching for her lost Greek Mythology class project, while their parents are consumed by the battles of their troubled marriage. The boy crazy girls hatch a plan to stay out all night, but an overstressed electrical grid leads to a city-wide blackout and a sudden loss of innocence.

Ryan says the play is based on events that happened around that summer, but it is not autobiographical.  She previously took a look at the summer of 1977 in her play, Dark Part of the Forest, which was seen through the point of view of the mother; Tar Beach, however, is seen through the experience of the young girls.

“It was the late seventies, which was a weird time in New York,” recalled Ryan.  “Financially, there was crisis; socially, there was upheaval.  It was a time of people unmooring, I think.  Children weren’t supervised.  Parents were going wild too.  It was just a crazy, crazy time.”

It was also a very dangerous period of time.  The Son of Sam began killing people in 1976 and wasn’t caught until August the next year.  He is famous for using a .44 caliber Bulldog revolver and believed he was merely following the orders of a demon that took the form of a neighbor’s dog.  And those orders were to kill young women.

Ryan describes the play as a coming-of-age story for two young girls in a society where sometimes it is dangerous to be a female.  The time period forms the perfect setting for her with the blackout and the Son of Sam serving as the ultimate predators.

“It was this pressure cooker,” recalled Ryan.  “You knew something was going to blow.”

Fear of the dark is seen in the play as a primal experience, something that has been with humans since the dawn of time.  Mary’s father is afraid because he thinks the only thing keeping society from anarchy is electricity.  As looting spreads across the city, his fears are somewhat realized.

The play also focuses on the relationship of the two siblings.  In fact, the original concept for the play came from a writing workshop at Premiere Stages which utilized an exercise called “On the Roof.”  The instructor had the class write very quickly with constant stops and restarts.  The idea was to write without even thinking about what was being written.  For Ryan, the exercise led to the teenagers on the roof.  The early stages of the play was entirely focused on the relationship of the family. 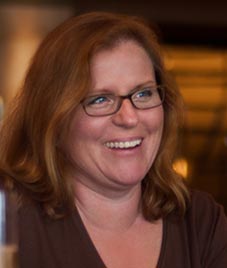 “I don’t know exactly when the Son of Sam came in, but if I’m going back to the seventies with the point of view of a teenager, I’m going to think of the Son of Sam,” said Ryan.  “It was that impactful in my life.  Growing up in Queens and being that age — sort of sexually coming of age at a time when he was killing young girls making out in cars — there was that connection that it was dangerous to be a young girl.  That connection is what always pulls me back there.”

In the back of her mind, she may have been thinking about her own girls.  Her youngest is entering her teenage years.  She wonders what lessons from the Summer of 1977 she might be passing on to her own children.

“The girls in the play think Son of Sam is what they all need to be afraid of, but it actually turns out to be closer to home,” add Ryan.

Tar Beach was named a finalist for the Terrence McNally Playwriting Award, The Source Theater Festival and a Jane Chambers Playwriting Award honoree.  The play was included in the 2014 edition of The List compiled by The Kilroys as “one of the most excellent new plays by female-identified authors of last year.”

Since moving to Pittsburgh 25 years ago, where her work is often performed, Ryan’s plays have been staged all across the United States and she’s found something of a second home in New Jersey.  It began in 2006 when Premiere Stages presented one of her works.  In the years to follow, her work has debuted at Premiere Stages, the Playwrights Theatre of New Jersey, and now Luna Stage.

“The connection with New Jersey probably stems from my voice sounding familiar being from New York,” said Ryan.   “It’s nice to kind of have two homes.”