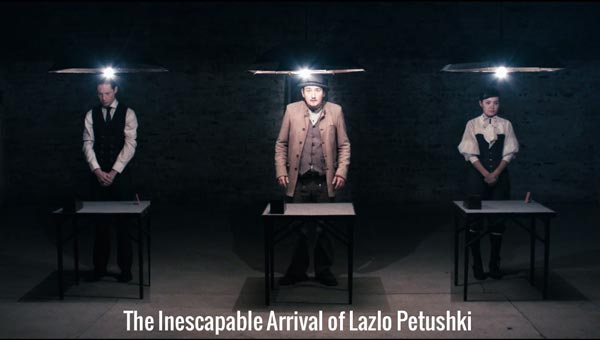 The first two weeks of the New Jersey Film Festival feature amazing short films that cover virtually every genre.  The works were selected by a panel of judges which include media professionals, journalists, students, and academics.  Four shorts stood out for us.

While doctors try to save Marion Ross (of Happy Days fame) from dying in The Final Show by Dana Nachman, we see her character in a house that includes her long-time hairdresser, her two husbands, and her first ever boyfriend.  Her mission in this comedy short is to choose one of them to spend eternity with. Two Balloons by Mark Smith is a sweet animated film about friendship, adventure, and travel between animals traveling in a pair of blimp like crafts. Lockdown by Max Sokoloff  is a terrifying look at a high school shooter roaming the halls who gets the school placed in lockdown mode on picture day.

And then there’s The Inescapable Arrival of Lazlo Petushki by Sven Werner, a film that is beautifully shot with a surrealistic quality as if it is part of a dream.  In the short, a young man is about to arrive in a mysterious city by boat, when he finds himself lost in the labyrinthine hull of the ship. Embarking on a surreal journey through the boat, he is chased by the inescapable, by himself, and by the very luggage he was hoping to leave behind. The short is sort of like a piece of poetry that can easily be interpreted many ways.

“I welcome various interpretations and listen carefully when people tell me of their experience of the film,” said Werner.  “I have a relatively clear idea of the narrative and what it means to me when making the film, but it’s the kind of film that will resonate differently with different people.  I do believe that leaving dark corners and not spelling everything out allows the viewer’s imagination to fill those gaps and make the journey more personal.”

Werner adds, “My intention was indeed to allow the audience to get a little lost in Lazlo’s inner experience of the situation, fueled and warped by his imagination.”

All four shorts showcase beautiful filmmaking and feature good acting. They also all tell a distinct story; none of the films feel as anything more was needed to get their point across. 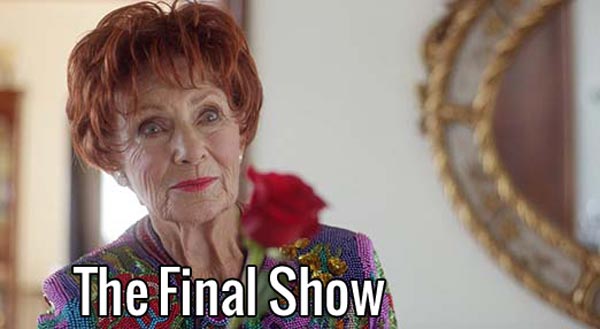 “Shorts are in some ways more difficult to create than features as you have to do more with less,” explained Albert Nigrin, Executive Director/Curator of the Rutgers Film Co-op/New Jersey Media Arts Center, Inc.  “You have a time limitation and most likely financial limitations as well.  I’m not sure if shorts allow filmmakers more leeway with their work, but I can tell you that I see a lot of feature films that would be great short films.  Many filmmakers don’t know how to let go of some of their images.  They fall in love with too many of them and don’t realize they are bogging down their work.”

Nigrin says he believes narrative short films should make a distinct point, but experimental films do not have to be understood.  Sometimes the two worlds appear to collide as in The Inescapable Arrival of Lazlo Petushki.  Werner, from Glasgow, Scotland, took one and half years to create his short, and says many people have been enthusiastic about the film — a project that will hopefully be a stepping stone in his career.

“The truth is that I find the short film format rather challenging,” Werner admits.  “I really like arriving in a scene and its atmospheric intensity and look forward to making feature films.  The ultimate goal with this film and all of my work is to hopefully create a worthwhile experience that leaves people inspired.  I’m also hoping to establish my filmic handwriting with this short with the view to creating a feature next.”

The New Jersey Film Festival takes place on the Rutgers University campus in New Brunswick from January 26 through March 2nd.  The festival generally screens both shorts and feature films and every screening is a New Jersey or an area premiere. For more on the festival visit www.njfilmfest.com 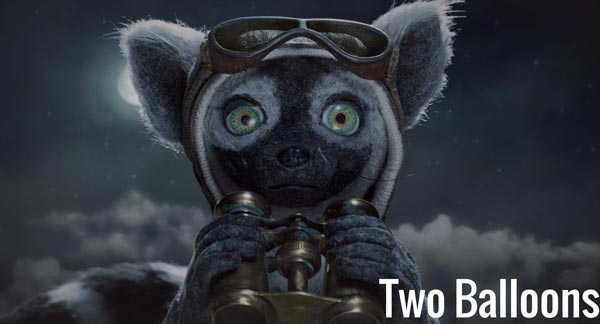