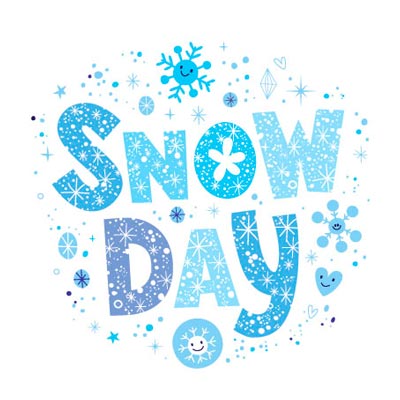 Do you remember what it was like waking up when you were a kid and seeing a blanket of white snow outside your bedroom window? To turn on the radio and listen for the station to call your school’s name and make it official – today is a snow day? And then wondering what to do with your day off from school?

That feeling is the premise behind “Snow Day,” an interactive live radio show presented by MPOnStage at the Kelsey Theatre this weekend. It’s a great show for the entire family, as audience members not only learn how a radio show is presented, but get the chance to be part of the action.

“Snow Day” was written by Diana Gilman Maurer and Lyndsey Rose Harper. Jersey Arts spoke to both about the play.

Jersey Arts: What can you tell me about the story of “Snow Day?”

Diana Gilman Maurer: “Snow Day” is an interactive radio show written for kids. It follows a group of friends as they decide what to do with an unexpected day off from school. The kids in our show are having fun in the snow, building forts and snow angels, and talking about their plans for the holidays.

JA: Did you and Lyndsey think about your own personal memories of snow days growing up while writing the script? Did you use experiences from snow days and your own children?

DGM: Yes. I think a lot of people have fond memories of getting that phone call from school (or the phone chain if you are old enough to remember those!) and going outside to build snowmen in the new snow. My three kids have reached the age where the magic of a Snow Day is gone, but Lyndsey’s daughter …

Lyndsay Rose Harper: Chloe—my six year-old, first grader—is just starting to understand the magic of snow days. Though she loves school, she relishes the chance to play in the snow, drink cocoa and watch Disney movies. To be honest, I was homeschooled the majority of my life, so snow days weren’t exactly the same type of experience. We still had school part of the day! 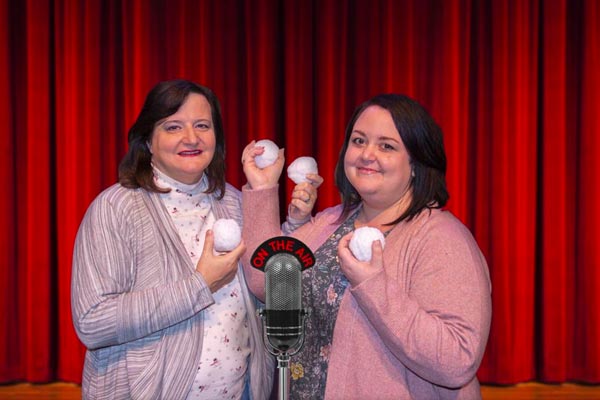 JA: What pops into your mind when you hear the words “snow day?”

DGM: For me, personally, scraping ice off the car and digging it out of the snow! I guess the magic is gone for me too!

LRH: If I don’t have anywhere to be, a snow day means a giant mug of hot cocoa and daytime TV game shows. And probably too much Amazon Prime browsing.

JA: It’s billed as an interactive radio show with the audience invited to be part of the action. How does audience input fit into the production?

DGM: When we wrote the show, we wanted the kids to experience how a radio show works, from using voice actors to Foley artists to bring the story to life. Then, we will choose kids from the audience to be those voice actors and Foley artists!

LRH: This is my first experience both writing and putting on a radio show, so I have to say that I’m just as excited as our audience volunteers will likely be to make theatre magic!

DGM: We love audience participation shows because it gets everyone involved and everyone has so much fun.

JA: How does audience interaction change the dynamic of a production?

DGM: It keeps you on your toes, because you never know what may happen. With a stage production, you can rehearse over and over until you can do it in your sleep. With audience participation, you also need to be good at improve, because the dynamic changes with every show.

LRH: I’m looking forward to hearing the interpretation of what I’ve written by someone who has never read it before. For me, that is the best part about writing plays and books. Your audience and readers breathe new life into your work that might just end up surprising you.

DGM: Since we’ve never done a show quite like this, we’re hoping the kids will have fun showing off for their families and enjoy being part of the show, rather than just sitting and watching. I have a feeling coaching the kids through the sound effects will prove most … interesting! 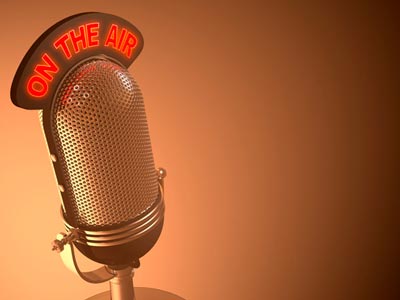 JA: Is there something special about seeing a live radio show take place on stage that resonates with people in a different way than seeing a regular play? Almost like watching a piece of nostalgia from a different time?

DGM: That’s what we’re hoping for. Most kids today will have never heard a radio play, unless their parents or grandparents introduced them to it. They will need to use much more of their imagination to really get into the show. It’s almost closer to a book coming to life than watching a regular play or a TV show.

LRH: I think the best part about this experience will be that we are encouraging kids to see the beauty and diversity of the performing arts. Hopefully this will be one way to inspire a new generation of theatre patrons and performers!

JA: Finally, has “Snow Day” been produced before or is this its debut?

DGM: This is the world debut! We work in the Kelsey Theatre as well, and many patrons are often looking for something new and different to do with their kids for the holiday season. We are hoping “Snow Day” will fill that role.

LRH: I’m ecstatic to have had the opportunity to work with Diana and the entirety of Maurer Productions OnStage with “Snow Day.” I hope to do more projects with them in the future!