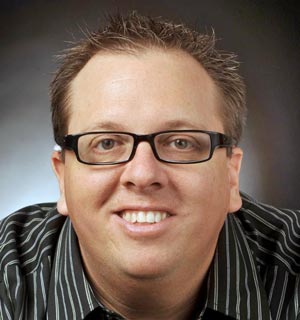 (ATLANTIC CITY, NJ) -- Scott Cronick has been named the Honorary Chair of the 2017 Garden State Film Festival, which will be held March 30 to April 2, 2017 in Atlantic City, NJ. In this role, Mr. Cronick will bring his experience as a leading media voice and knowledge of the Atlantic City community to champion the event.

Scott Cronick is the Director of Entertainment Publications for the Press of Atlantic City, where he has worked for over 21 years. He is also the well-respected editor, columnist, and food and music critic at 'At The Shore' magazine and 'Atlantic City Weekly'. In addition to print, Scott is well-known as the host of the number one rated daily radio show - 'Off The Press with Scott Cronick' which is broadcast weekdays from 4:00 to 6:00 p.m. on the Atlantic City talk radio station WOND 1400-AM.

"I am so very excited to serve as this year's Chairperson," Cronick commented. "I believe that the quality of entertainment this prestigious festival brings to our area is a gift that should be shared, and I look forward to doing that with all my readers and listeners. Film has always been such an important part of my life. I actually started my career in journalism because I was in love with cinema. It inspired me to write and review films. I can't wait to see the works of these filmmakers who break the norm and create visual art that simultaneously challenges and entertains. I hope everyone will join me.  You will not be disappointed by seeing these films, meeting the actors, dignitaries and film professionals, and attending the parties and events.  It is going to be a spectacular weekend."

"We are thrilled that Scott Cronick is this year's VIP Honorary Chair," said GSFF Executive Director Margaret Fontana. "GSFF's mission to bring artistic excellence to Atlantic City perfectly aligns with Mr. Cronick's vision and contributions to the community, and we are thrilled to honor him."

The action-packed weekend kicks off with its MEET THE FILMMAKER night Thursday, March 30, at Resorts Hotel & Casino's Green room. On Friday, at 6:30 p.m., the official start of the festival begins with the glamorous, star-studded Fifteenth Anniversary Gala Cocktail Party at the Resorts Hotel and Casino. The evening includes the cocktail party and the screening of the opening night film, the heart-warming drama "Last Man Club" starring New Jersey native actress Kate French along with James McKrell, Barry Corbin and William Morgan Sheppard. The film follows the journey of a WW2 veteran who escapes his difficult family situation and embarks on a cross-country adventure to find the last remaining members of his B-17 bomber crew with the help of a beautiful accomplice.

The full slate of 216 films, seminars and events starts on Saturday and runs through Sunday afternoon, including after parties, panel discussions, Q&A sessions, and an open casting call, all culminating with the black-tie awards ceremony. All events are open to the public. Tickets for the Friday Night Gala Evening only are $25. Weekend passes are $45 n advance and $50 on site, includes the Friday Night Gala and unlimited access to all events except the Black-Tie Awards Dinner. Individual screening tickets are $14 in advance and $15 on site, and the Awards Dinner is $125. All can be purchased at www.gsff.org where complete schedule information can be found.