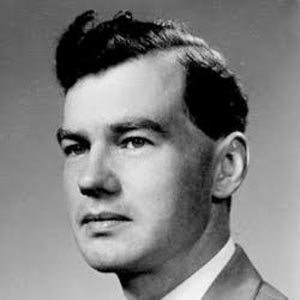 (NEW BRUNSWICK,NJ) -- Mason Gross School of the Arts and Rutgers University Libraries present The Legacy of Robert Moevs, a celebratory concert of the modernist composer who taught at Rutgers University from 1964 to 1991. The free event takes place Sunday, November 13, 2016 at 7:30pm at Richard H. Shindell Choral Hall, inside Mortensen Hall on the Douglass Campus.

The concert features works by the late Moevs as well as composer and sound artist Judith Shatin (a Douglass College alumna, member of the Douglass Society, and student of Moevs), and Steven Kemper, assistant professor of music technology and composition at Mason Gross School of the Arts. Shatin is the William R. Kenan Jr. Professor and founding director of the Virginia Center for Computer Music at the University of Virginia, where she served as doctoral advisor to Kemper.

“One special aspect of this concert is that it involves a chain of generations,” says Shatin, who adds that the pieces chosen for the event demonstrate interpretations of string quartets since the middle of the last century.

During his career, Moevs created a large body of orchestral, chamber, vocal, and instrumental music that earned him awards including a Rome Prize, a Guggenheim Fellowship, and the Stockhausen International Prize in Composition in 1978.

Moevs composed at a time Kemper describes as “high modernism in academic art music in America—but there are also other influences in his music, like jazz, interesting rhythmic progressions, and intriguing things happening with timbre.”

As an educator, Moevs was “an inspiring professor: demanding but fair, incredibly knowledgeable and encouraging,” says Shatin.

Shatin’s Elijah’s Chariot, commissioned by the Kronos Quartet and the National Endowment for the Arts, was inspired by the Biblical story of Elijah, and features electronic sounds produced by digitally processing recordings of a ram’s horn playing.

Kemper’s contribution to the program incorporates field recordings from Bettenbender Plaza on the Douglass Campus and downtown New Brunswick. The composition is a companion piece to Moevs’s string quartet and is part of a larger project Kemper is working on studying how sound is related to vibrancy in urban areas.

“I had a discussion with the Moevs family about a nice way to celebrate this legacy that would be meaningful for me, as the compositional grandchild, so to speak, of Moevs in this concert,” says Kemper, who adds that looking back at the composer’s mid-20th century musical works is both exciting and challenging.

“Moevs’s music is intellectualized in a way and it can be difficult, but I think that it’s rewarding to take that on and hear it with fresh ears,” Kemper says.

The Legacy of Robert Moevs takes place Sunday, November 13, 2016 at 7:30 p.m. at Richard H. Shindell Choral Hall, inside Mortensen Hall. The event is free; tickets are not required. Mortensen Hall is part of the Mason Gross Performing Arts Center at 85 George Street (between Route 18 and Ryders Lane), on the Douglass Campus of Rutgers, The State University of New Jersey, in New Brunswick. For more information about any Mason Gross event, visit www.masongross.rutgers.edu or call the Mason Gross Performing Arts Center ticket office at 848-932-7511.

This concert is supported by the family of Robert Moevs and Mason Gross Presents. A reception sponsored by Rutgers University Libraries will follow the concert.